Sure, it was just one game. Four innings.

But Michael Lorenzen’s performance tonight was a much-needed dose of “maybe next year can be better” for Reds fans. He looked as overpowering and dominant as any Reds starter this year. Lorenzen had Brewers hitters off balance and retired the last seven batters he faced. He commands several pitches, which helps him face opponents multiple times through a lineup.Ã‚Â

According to Reds broadcaster Marty Brennaman, Jim Fundamentals said before the game that tonight’s start was not an audition for 2019 for Michael Lorenzen. If the Reds’ manager account is accurate, the entire dugout staff and front office should be fired into the sun.

It sounds like Lorenzen will get another start on Sunday, which would be in Miami against the Marlins. Lorenzen could then pitch the season’s final game at home against Pittsburgh on Sunday, September 30. If he pitches credibly in those games, Michael Lorenzen should be at the head of the list of candidates for rotation spots not taken by Luis Castillo, Anthony DeSclafani and any top acquisition(s) this offseason.Ã‚Â 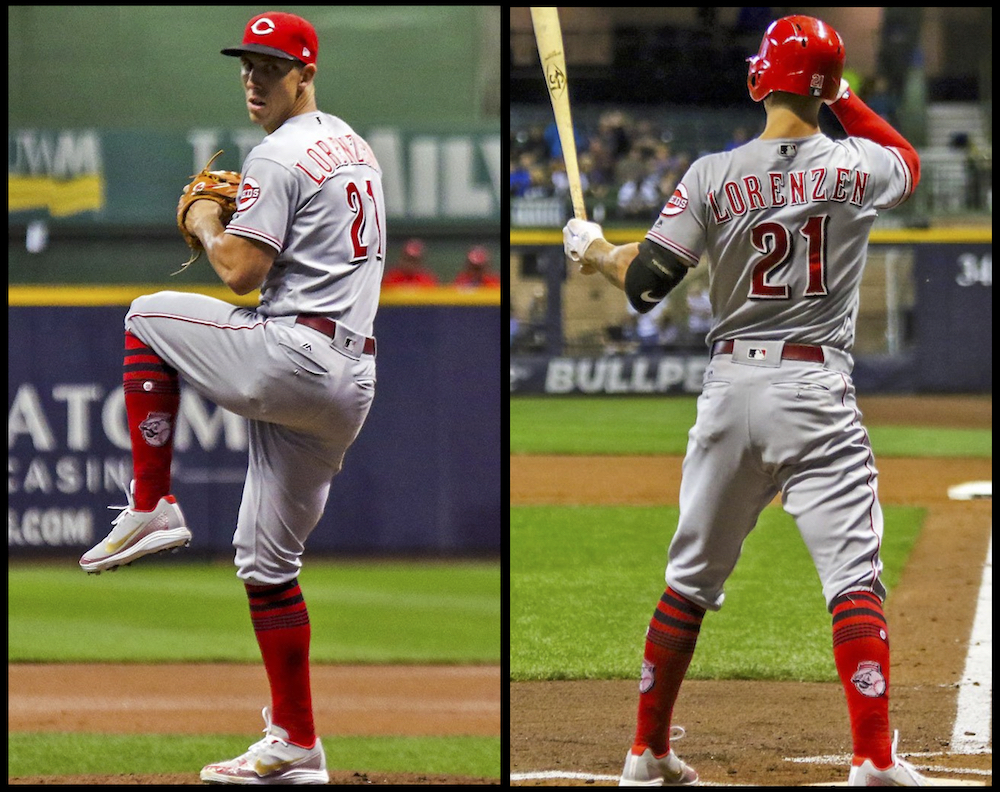 52 pitches. 4 innings. 37 strikes. 95.7 mph average 4-seam fastball. Six ground balls, one fly ball, one line drive. Three strike outs. One walk, to the first batter faced on a full count. Only one other 3-ball count after that. One hit. No earned runs. 23 fastballs. 19 sliders. 6 curve balls.Ã‚Â

In the last 5 games, Reds starting pitchers have compiled a 1.69 ERA.

Sal Romano relieved Lorenzen and pitched 2.1 strong innings, with four strikeouts and no walks. Amir Garrett entered the game with one out and one on in the 7th and induced an inning-ending double play. David Hernandez pitched a clean 8th inning. Raisel Iglesias gave up a walk to start the 9th inning, but then struck out Christian Yelich, Domingo Santana and Hernan Perez.Ã‚Â

Reds pitchers limited the Brewers to three hits (for the first time since April 2015) and two Curtis Granderson walks.

I'm not totally ready to give up on Sal Romano as a starter, but his stuff really plays up out of the bullpen.

Jose Peraza lined a home run to left center field in the first inning. It was worth two runs because Scott Schebler had singled before him. Later in the game, Schebler doubled home third baseman Brandon Dixon, who had walked.Ã‚Â

Joey Votto had three more hits, raising his NL-leading OBP to .424. Votto’s average is up to .290. Jose Peraza had two hits, moving his batting average up to .292. Votto has 103 walks. Jose Peraza has 29. Michael Lorenzen walked in one of his two plate appearances.

Mason Williams, who was playing centerfield tonight did this:

Jeff Brantley and Thom Brennaman just spent the top of the second wondering why the Reds didn't give Lorenzen a try in the outfield during this 90-loss season.