The Reds are 0-3 in games Matt Harvey has started since the team declined to trade him. I was told there would be positive momentum.

The Pirates swept a series in July in Great American Ball Park, outscoring the Reds 27-5. The Reds are now 4-10 vs. the Pirates this year. The Reds look to even this series when they play again tomorrow night. Cody Reed will start for the Reds.

Matt Harvey gave up two home runs in 6 innings. He grooved a change-up to Adam Frazier in the first and elevated a fastball to Starling Marte in the 6th for a 2-run blast. Otherwise, Mrs. Lincoln, he pitched well, with three strikeouts and no walks.

Sal Romano pitched the 7th. It should have been a shutout inning, but Scooter Gennett wildly side-armed an easy double-play starter for an error resulting in two unearned runs. Jackson Stephens pitched a clean 8th with two strikeouts.

The Reds only run came in the 8th inning on a 406-foot solo home run by Gennett. It was his 20th of the season.

Nice Reds Debut Blake Trahan, pronounced Tray-HAHN with a Cajun accent, became the 1,992 person to play for the Cincinnati Reds when he made first major league start today. Trahan, who turns 25 in two days, was the Reds 3rd round pick in 2015. He’s a defense-first shortstop, batting just .245/.327/.302 at Louisville this year. Trahan’s first play in the field was a strong throw completing a double play. Trahan got his first major league hit in his third AB, with a line drive single to right center.

Happy Belabor Day Dilson Herrera (24) has started 4 games at 2B for the Reds since his call-up on July 6, nearly two months ago. Herrera hitÃ‚Â .297/.367/.465 at AAA this year. He’s started 9 games for the Reds in left field and still borrows a glove to play out there. It’s fair to say the Reds haven’t had a good development plan for Herrera the second half of this season.Ã‚Â

Shirt Off His Back Before the game, a fan sitting in the front row called Joey Votto over and asked for the Reds first baseman to sign the fan’s “Votto for President” t-shirt. Votto seemed to ignore the request. But when he came back out on the field, he brought with him an actual Reds jersey of his to exchange for the VFP t-shirt. Inscribed: More Like Prime Minister

This is Kyle. Joey liked his "Votto for President" shirt so much that he brokered a trade.

Only one problem: Joey Votto can't run for president. So he signed it, "More like Prime Minister!"

Never, ever, ever change. pic.twitter.com/SQsvhVLjqz

Dat September Call-up The Boston Red Sox will call up Brandon Phillips (37) from their AAA team tomorrow. Phillips was unable to find a major league contract this spring as a free agent and has been playing for Pawtucket since July 14. Phillips has made $99.7 million in his career. He won 4 Gold Gloves and made 3 All Star teams playing 11 seasons for the Reds. Phillips hit .279/.325/.426 for the Reds. The Reds traded him in Feb. 2017 to the Atlanta Braves.Ã‚Â 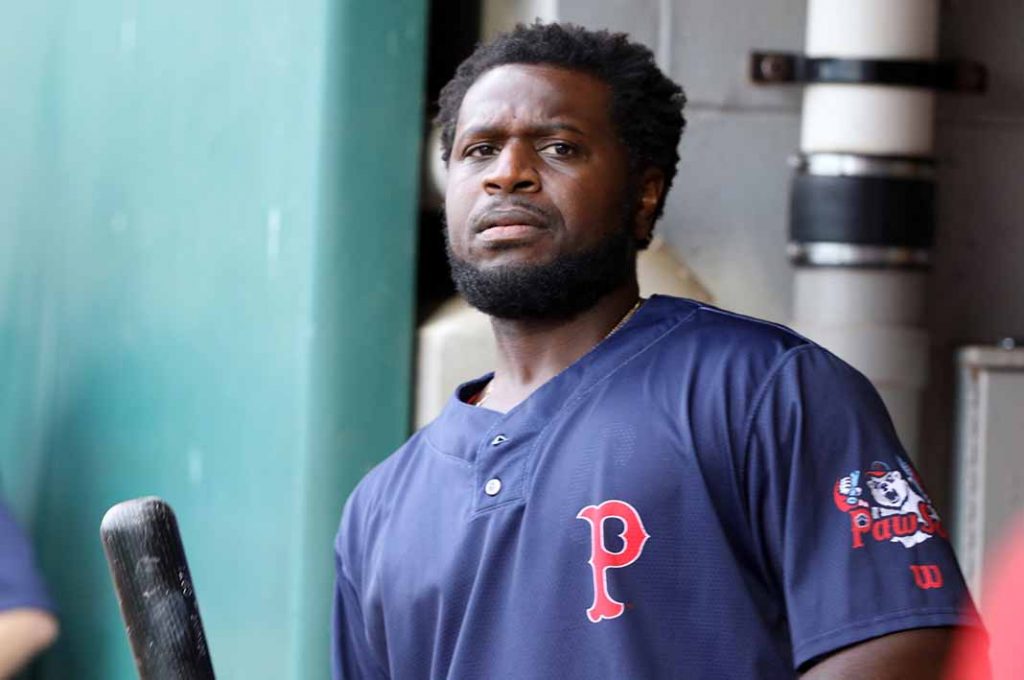