I’ve been a big Homer Bailey fan for a long time. I have defended Bailey and his contract ad nauseam.

Bailey should never make another start for the Cincinnati Reds.

Homer was given a first inning 2-0 lead, and turned around and gave up two bombs in route to a 12-5 loss. It is time to move on from Bailey starting if the Reds are serious about competing in 2019. 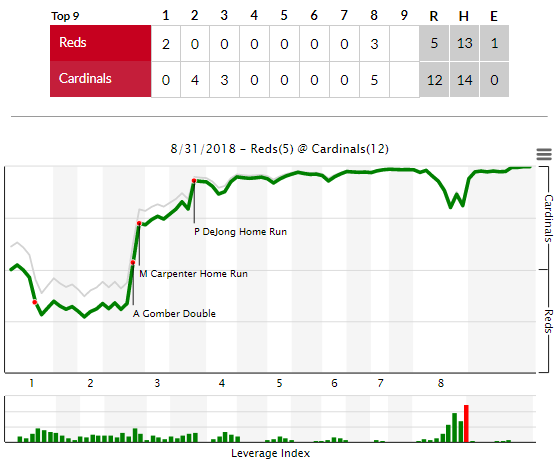 According to FangraphsÃ‚Â WPA statisticÃ‚Â (winning percentage added), the most important play of the game was Homer Bailey allowing a 2-RBI double to Cardinals starting pitcher Austin Gomber with 2 outs in the 2nd inning, tying the game at 2.Ã‚Â That play decreased the Reds chances of winning by 19.9% (from 66.4% to 46.6%).

Joey VottoÃ‚Â had two hits and a walk. He was 0 for 5 in his return to the Reds lineup yesterday. 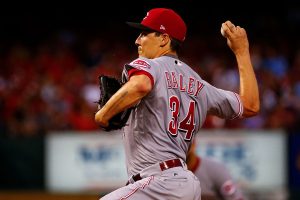 The Reds don’t have to do anything rash like DFA Bailey. That might excite some of the fan base, but it wouldn’t be responsible. They should use the last four weeks of the season to try him in the bullpen, and again next Spring. If there is no value whatsoever, then you can cut ties. But you are paying him $28 million either way, so at least due your due diligence. Maybe you’ll get lucky and Bailey won’t want to pitch in the bullpen and will retire or work out a buyout.