The Cincinnati Reds (57-75) will battle the Milwaukee Brewers (73-59) again tonight at 7:10 PM. The Reds offense came to life last night, leading the way to a 9-7 win to end the five-game losing streak.

Freddy Peralta‘s last start came against the Reds a week ago, and it was a good one: 7.0 IP, 3 H, 0 R, 2 BB, 7 K. Here is what I wrote about Peralta last week:Ã‚Â The 22-year old Freddy Peralta is having a great rookie year for the Brewers. His ERA would look a lot better if not for two starts where he allowed a combined 14 earned runs. He was only the Brewers 10th best prospect entering 2018. The Brewers acquired Peralta from the Mariners for Adam Lind back in 2015.Ã‚Â 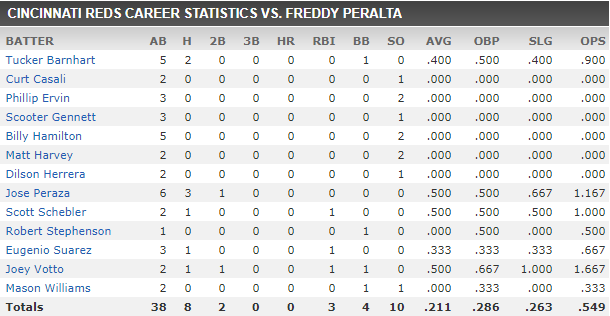 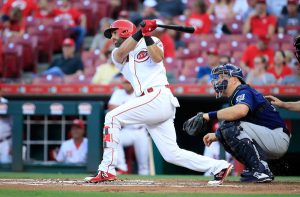 Peraza just continues to have a delightful 2018 season. His wRC+ is now up to 99. The league average for a SS is just 88. Take a look at where Peraza ranks among Reds SS in wRC+ post-Barry Larkin: 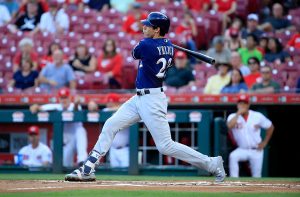 It has not been fun to watch Christian Yelich torch the Reds this year, especially when many begged the Reds to acquire him this off-season. It is important to remember the price tag the Brewers paid for him. The centerpiece of the deal was Lewis Brinson, who at the time was the #13 prospect in baseball. Nick Senzel was the #9 prospect in baseball, so in order for the Reds to beat the Brewers deal, it likely would have required him.