Last weekend, many of the Redleg Nation writers (and some families) got together at Great American Ball Park to watch the Reds take on the San Francisco Giants. It was a great Reds win, and a good time was had by all.

The Reds — thanks largely to one of my favorite people on earth, Lisa Braun, with an assist from Jamie Ramsey — were very gracious, inviting us to visit with Sam Grossman, Reds’ VP/Assistant General Manager, and later with Dick Williams, President of Baseball Operations. It was an informal discussion, but everyone felt like Grossman and Williams were candid. I couldn’t be more appreciative that they took the time to meet with us. 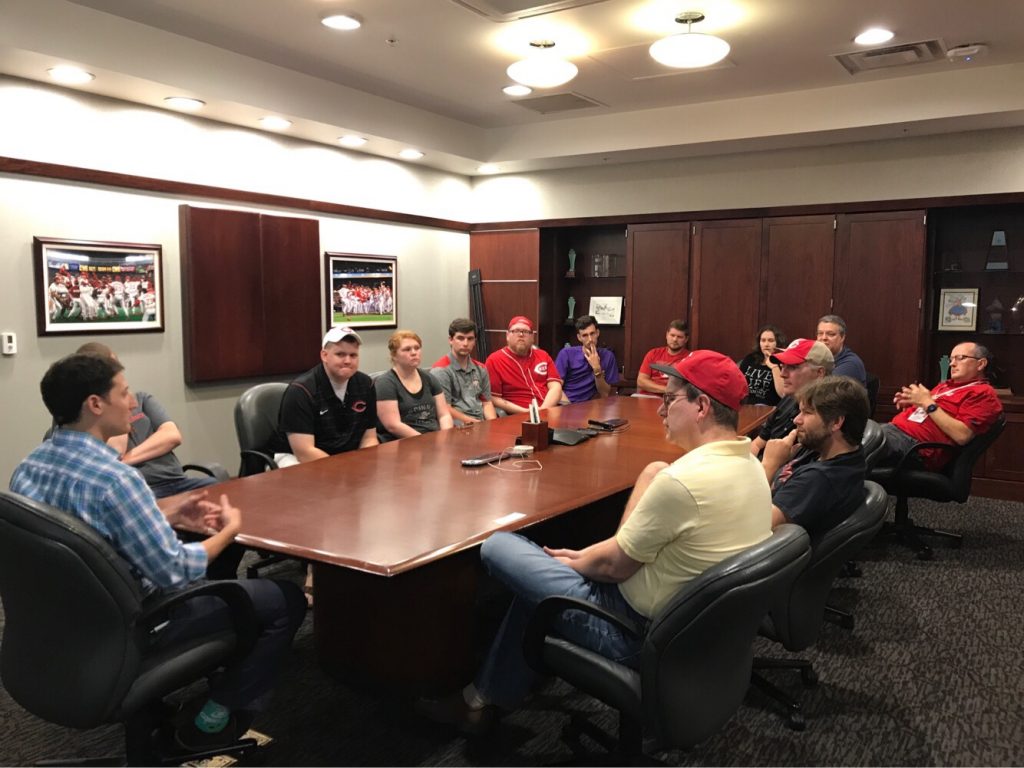 Afterward, we headed into the game and grabbed our Scott Schebler bobbleheads, then sat down to watch Matt Harvey pitch a gem. It was fun to see everyone in person again. We really have a great group here at RN. Hopefully, in future years, we can get back to having a more public gathering like we had a couple of years ago.

Later in the game, Chris Welsh invited my son and me up to the TV booth to hang out for an inning. Chris was incredibly gracious with my son, inquiring about his school and his baseball team and his life. Jim Day was similarly nice and, again, I couldn’t have been more appreciative. We spent the sixth inning up there, and it was a memorable moment, especially for the little guy.

Well, around the bottom of the seventh inning, I started getting texts that Chris was talking about Redleg Nation, and the book (The Big 50: The Men and Moments That Made the Cincinnati Reds), and my son.

Let me tell you: Chris Welsh is the real deal. And here’s hoping that our next RN outing — hopefully including you, dear reader — will be just as memorable.