With the Reds playing better baseball over the last two months (the weekend series against the Pirates notwithstanding), there’s been more talk of seriously competing in 2019. The team, of course, still has a few missing pieces to the puzzle to find before that can happen, though — primarily finding a rotation of reliable starting pitchers they can roll with in the coming years.

Homer Bailey is not a part of that equation. Neither is Matt Harvey. Even if the Reds go out this offseason and sign a top-of-the rotation arm, figuring out which young pitchers can be relied on for the next three, four, or five years is imperative. Tyler Mahle and Luis Castillo, assuming they progress as expected, are safely penciled into the future rotation. Anthony DeSclafani should be there, too, assuming his right elbow and oblique problems are behind him.

But beyond that, there are question marks. Sal Romano’s first full season as a major-leaguer has been a roller coaster. He’s looked the part of a top-10 prospect at times and been knocked around during others. The biggest concern is he essentially only throws a fastball and slider and rarely strikes anybody out. Ultimately, the bullpen could still be his final landing spot.

Cody Reed is still struggling in Triple-A, though he has cut down on his walks at the very least. Rookie Davis is still coming back from injury. Jackson Stephens and Jose Lopez have had so-so seasons. The Reds can be excused for not giving them serious shots in the rotation this season. Whether or not those pitchers contribute as big-league starters in the coming years is up in the air. When looking at all pitchers in the upper levels of the Reds’ farm system, Tony Santillan appears to be the closest thing to a sure bet to be a future big-league starter, but he’s unlikely to get to Cincinnati until late 2019 at the earliest. 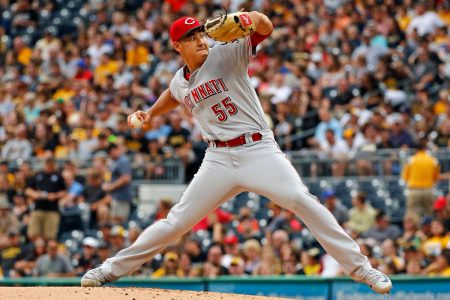 That leaves Robert Stephenson as the top internal candidate to earn a spot right now. Castillo aside, Stephenson may have the best raw stuff of any starting pitcher on the team’s 40-man roster. His career trajectory hasn’t gone as planned due to control problems, but he showed signs of breaking through last year. In 84 2/3 innings with the Reds, he posted a 4.68 ERA and 22.5 K%. In his last eight starts of the year, he posted a 2.74 ERA and 24.3 K%. Walks were still problematic (13.8 BB%), but he was punching hitters out at an above-average rate and finding a way to work through those self-induced jams. That provided at least some reason for encouragement heading into 2018.

Then, he laid an egg in spring training, was optioned back to the minors, and hasn’t sniffed Cincinnati since. It’s time for that to change.

Aside from periodic blow-ups, Stephenson’s season has been easily his best at the Triple-A level. He’s allowed five or more runs in three of his 17 starts. In all others, he’s allowed three or fewer, including two or fewer in 13 outings. His 3.29 ERA ranks eighth among qualified pitchers in the International League, and his 114 strikeouts are third-best. The right-hander currently holds a dominant 28.7 K%, which is his highest output since his stop in Low-A Dayton in 2013.

The question has never been about his ability to strike people out, though the increase to this level is a fun development. Control has plagued him since the end of the 2013 season, as he hasn’t posted a walk rate below 10% in any full season since that time. Realistically, Stephenson can probably survive with an average to slightly above-average mark because of his stuff, but routinely sitting in the double digits is playing with fire.

At a glance, his 11.8 BB% this season is the same old story. However, since his hideous eight-walk showing on April 25 and subsequent two-inning, six-run outburst in the following outing, here are Stephenson’s numbers since May 6:

That strikeout rate is enough to make you drool. He’s registered double-digit punch-outs in two of his last four starts, including a career-high 12 on July 5. As a bonus, he’s made noteworthy progress in his biggest problem area, with only four walks in his last 18 innings.

Could he simply be a late-bloomer at age 25? It’s a real possibility with his talent. Yet, there’s seemingly no plan to get him to the big leagues anytime soon, despite the lingering uncertainty in the starting rotation and the fact that Stephenson will be out of options next year. Getting an extended look at the right-hander isn’t just important but a necessity because the club can’t send him down without exposing him to waivers next year. It’s time to figure out what his future will be on this team. If he can convert his progress over the last two months into major-league success, imagine what a huge development that would be for the Reds moving forward. Yet, on July 24, 2018, he still sits in the minor leagues and it’s unclear when a call-up will come.

The organization has even decided to go with a six-man rotation coming out of the all-star break. But their choice wasn’t to bring Stephenson back into the fold; it was to get Bailey — owner of the single worst ERA and FIP, fourth-worst xFIP and strikeout rate, and 13th-worst swinging-strike rate among starting pitchers with 60 innings — back in the rotation. Presumably, that spot won’t reopen when Harvey is traded, either, as the six-man staff is temporary based on all indications Jim Riggleman has given. 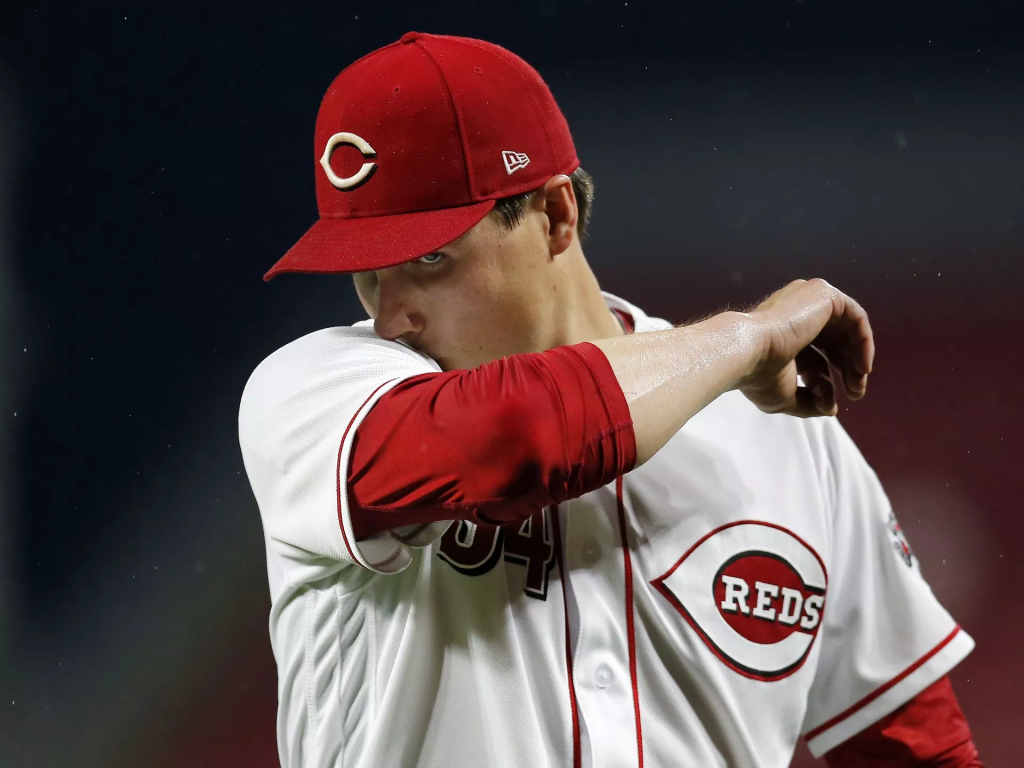 Even by squinting, it’s difficult to see any reason for this decision other than cold-hard cash. Bailey is still owed a little less than half of his $23 million salary this year and $25 million next year, and Bob Castellini probably doesn’t want to cut bait on a player still owed so much. The team was at one point going to move Bailey to the bullpen to see if he could revitalize his career and still provide some use to the organization. He wasn’t so thrilled about it, telling the media, “Probably not,” when asked if he could succeed in a bullpen role.

The Reds flip-flopped on their decision several times, originally sending Bailey on a rehab assignment as a starter before suddenly putting him in the bullpen for one game. Ultimately, the team decided to let Bailey have his way and return to the rotation. If we’re being frank, it’s hard to classify it as anything other than a gutless move that reeks of meddling from the owner. Rather than moving the rebuild forward by seeing what another young pitcher can bring to the table, they’re choosing to remain stuck in neutral by sending Bailey to the mound every five (or six) days and lacking the fortitude to stick with the original bullpen move. Maybe Homer will become a productive pitcher again, but there’s little to get excited about regarding his performance in 2018.

Barring injury, Stephenson will find his way back to Cincinnati at some point this season, even if it’s not until September. But the Reds have a perfect opportunity to give him another shot right now and figure out where he stands moving into 2019. At best, he earns his way into the rotation — maybe even as a No. 2 starter if he can continue to make strides with his control and reaches his ceiling. At worst, he’s probably a bullpen arm. But shouldn’t the Reds figure out if he can reach that potential? If the organization is gearing to compete, they need to figure out where Stephenson figures into their plans, and that’s not going to happen the longer he stays in Louisville.