The Cincinnati Reds (43-56) are off to a nightmare start to the second half. The Reds got swept at home over the weekend to the Pirates, while being outscored 27-5. The Reds will look to get back on track as they continue their homestand at 7:10 tonight against the St. Louis Cardinals (50-49). The Reds are 7-19 against both the Pirates and Cardinals, but are 36-36 against everyone else.

The Cardinals have already played five games in the second half. They had a five-game series (including a double-header on Saturday) at the Cubs. The Cardinals will be having two starting pitchers make their MLB debuts tonight and tomorrow. The Reds lost their first 9 games against the Cardinals in 2018, but have won 3 of 4 since. This is as good of a time as ever to beat up the Cardinals. The Reds will however want to pitch carefully to Matt Carpenter. He has hit 8 home runs in the last 7 games.

Luis CastilloÃ‚Â finished the second half strong, as he has a 3.45 ERA with 11 K and 2 BB in three starts in July. Castillo’s last start came in St. Louis on Saturday before the all-star break: 5.0 IP, 5 H, 2 ER, 0 BB, 2 K. He has actually been pretty good this year outside of giving up the home run ball. He has only allowed 1 home run in his last 4 starts, which is hopefully a sign of good things to come in the second half. 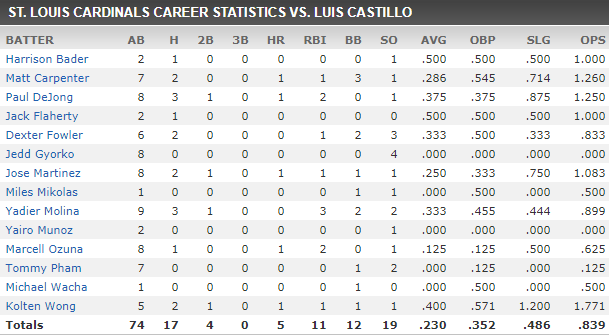 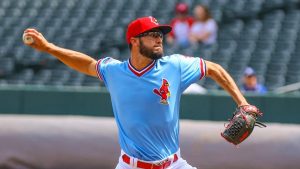 Daneil PoncedeleonÃ‚Â will be making his MLB debut tonight. He was a 9th round pick of the Cardinals in 2014, and has flown through the farm system, dominating at every level. He has good strikeout and home run numbers, but has given up some walks. It would be wise of the Reds to be patient this evening. Poncedeleon thew a complete game, 1-hit shutout in his last start in AAA. In fact, he hasn’t given up an earned run over his last 3 starts (20.0 IP). This will surely be an emotional night for Daniel and his family. He had to have emergency brain surgery just 14 months ago after taking a liner to the head. It is remarkable that he will be pitching in the big leagues tonight.

Kolten Wong has been put on the 10-day DL with left knee inflammation.

Matt Harvey got shelled in a trade deadline showcase Sunday. But there’s still enough interest that the #Reds think they can move him by the deadline. https://t.co/hcrgz2fIhS