It was announced on Sunday evening that the Reds got not one, not two, but three infielders into the All-Star game. That came to a surprise for many in Reds country, not because of the three players performance, they are certainly worthy. It came as a surprise because the Reds are in last place, and getting 3/4 of a last place infield in the All-Star game felt nearly impossible (poor Jose Peraza). Scooter Gennett and Eugenio Suarez lost close battles at their respective starting spots, but they will surely be happy getting to the mid-summer classic anyway they can.

Joey VottoÃ‚Â will be making his 6th All-Star game appearance, which about five fewer than he should have. Votto currently has his lowest OPS (.871) of his career. However, Votto has a 138 wRC+, and while that is low for Votto’s ridiculous standards, it still ranks in the 10th in the NL, and third among 1B. Votto got off to a slow start (again for his standards) with a .818 OPS in April, but he just posted a .959 mark in June.

Scooter GennettÃ‚Â was the most expected Red to be an All-Star in 2018, and that just sounds crazy to say. Since the Reds picked up Gennett off waivers in late spring training of 2017, he has become an elite hitter. Gennett ranks 12th in the NL in wRC+ (135), and leads 2B. It has been Gennett’s drastic improvement against left-handed pitching that has propelled him to All-Star level. He has a career .633 OPS vs LHP, but he is at .874 in 2018. Scooter might not be around for much longer in Cincinnati, but he has certainly been a fun player to watch, and easy to root for. It will be exciting to see him get a chance to play in the All-Star game and represent his favorite childhood team.

Eugenio SuarezÃ‚Â just keeps getting better and better. How much better you might ask? He has been the best hitter in the entire National League, as he leads the NL with a 162 wRC+ (the next best is Freddie Freeman at 152). Suarez hit his 19th home run of the season yesterday, and now has an on-base percentage above .400. Nolan Arrenado is the only other 3B on the current NL roster, so Suarez should get a chance to play and a couple at-bats.

Votto or Gennett have a good shot start as DH. You would imagine the choice would be between them and Paul Goldschmidt, as 1B and 2B are the only infield positions with three players. Who the AL chooses to start the game will likely have a big impact on Dave Roberts decision. If they go with LHP Chris Sale (who should be available), you would imagine that Roberts would go with Goldschmidt. If they go with Kluber or Severino, than Votto and Gennett will have a good shot.

* All statistics include games played through July 9th, 2018 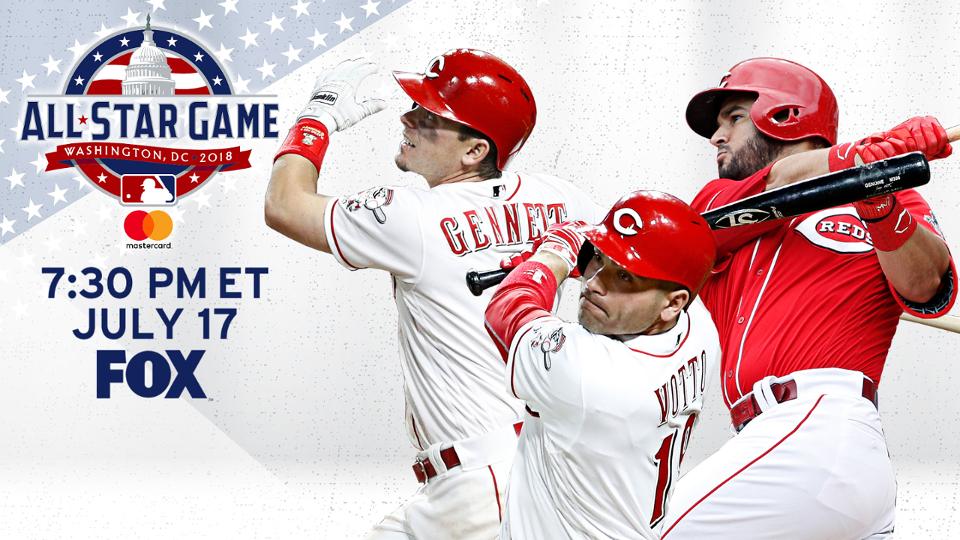