That’s how I’d describe the Reds win over the Chicago Cubs, even though the score was close. The Reds are now 7-3 against the Cubs this year, winners of the last five match ups.

The blustery Wrigley Field wind blowing back toward home plate created a favorable context for the pitchers. Scooter Gennett and Eugenio Suarez hit hard, harmless fly balls in the top of the first. This would be a day where walks, singles, sacrifice flies and defense would decide the game. The two teams managed only one extra-base hit, a 58-mph bloop that didn’t roll all the way to an outfielder.Ã‚Â

The win was a great start to the difficult 9-game road trip.Ã‚Â The Reds are now two games behind the fourth-place Pittsburgh Pirates, who play tonight.Ã‚Â

Tyler Mahle’s maiden appearance on the corner of Addison and Waveland was successful. Mahle (23) pitched 6.2 innings, limiting the Cubs to five hits and two walks. He struck out four over 102 pitches. The one run the Cubs managed off him was a fluke. Willson Contreras got jammed and hit an opposite field bloop just over Joey Votto’s head. Contreras stretched it to a double, for the game’s only extra-base hit. He eventually scored. Mahle allowed two runners on base in the sixth before being pulled in favor of Michael Lorenzen. Lorenzen induced Albert Almora Jr. to pop-up for a big third out.Ã‚Â

Lorenzen retired the first batter of the 8th before giving up a single. Manager Jim Riggleman brought in LOOGY-for-a-day Kyle Crockett to face Anthony Rizzo. Rizzo hit a soft ground ball that easily could have been an inning-ending double play. Instead the ball tumbled into right-center for a single. Riggleman called on Raisel Iglesias to get the last two outs of the 8th inning. A sacrifice fly gave the Cubs a second run.Ã‚Â

Iglesias gave up a single in the ninth but recorded a five-out save.Ã‚Â

The Reds scored two in the fourth inning on a walk by Gennett, single by Votto and a hit-by-pitch on Eugenio Suarez that loaded the bases. Adam Duvall ended a tremendous at bat with a line drive single to centerfield, driving in Gennett. Scott Schebler grounded into a double play but that did drive in Votto. The Reds third run scored on singles by Billy Hamilton (who had three singles and a walk) and Jose Peraza, followed by a sacrifice fly by Gennett.Ã‚Â

Jason Heyward saved two runs with an outstanding defensive play. He dove in the right-center gap to rob Jose Peraza of an extra-base hit with Tyler Mahle and Billy Hamilton on base. This diagram shows the perfect path Heyward took to the ball.Ã‚Â 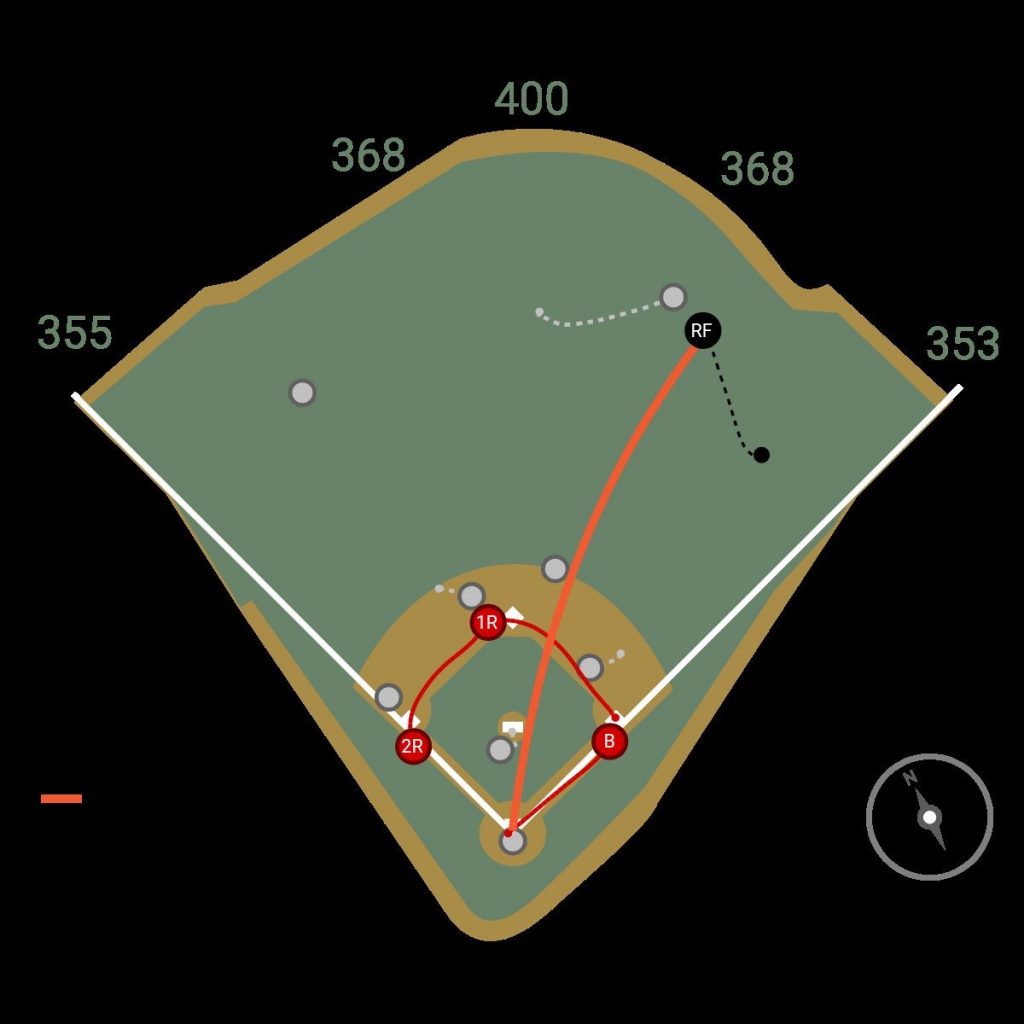 Hello From The Future Reds players Hunter Greene and Taylor Trammell have been selected to participate in the MLB All-Stars Futures Game in Washington D.C. It takes place at 4 pm, Sunday, July 15. Worth mentioning that Nick Senzel would be there were he not recovering from finger surgery.

The futures game is an appealing product for MLB. But the scheduling. I’m sure there are complicated #reasons beyond my non-existent pay grade but why schedule an attractive appeal-to-young-people game like that while regular season major league games are taking place? Solution: Play it during one of the two off days after the All-Star Game. Another solution: Schedule the regular season games for Sunday afternoon and play the Futures Game Sunday night.Ã‚Â 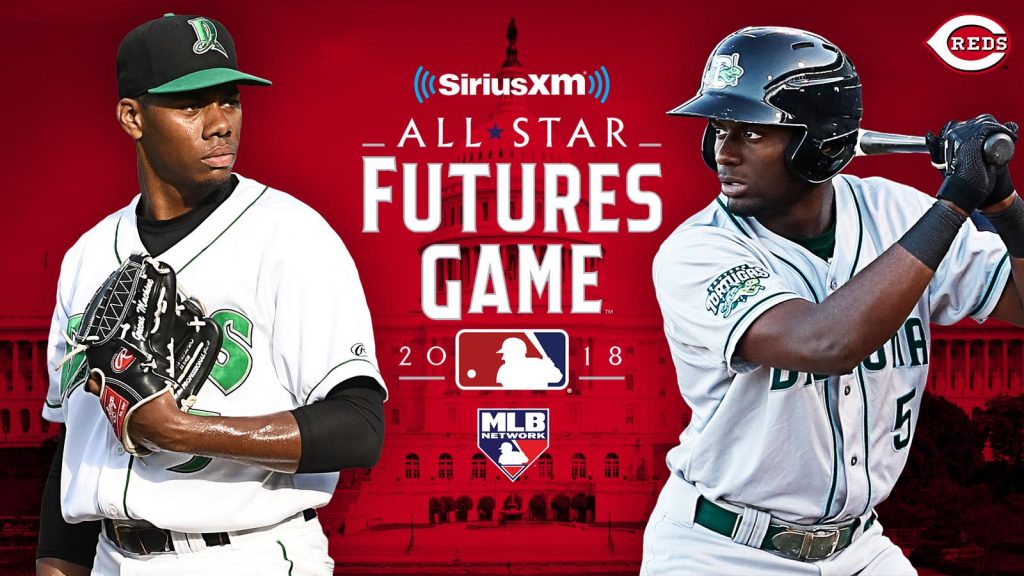 More Reds Futures Game Trivia Can you name (without looking, duh) the four Reds players who have appeared in two Futures Games?