Happy 4th of July, Nation! The Cincinnati Reds (37-49) are playing at GABP for the first time on Independence Day since 2014. They will look to rebound from a tough 12-8 loss in 12 innings last nightÃ‚Â to the Chicago White Sox (30-55). The Reds blew a 7-2 lead last night, and had a streak of 87 consecutive wins when leading after 8 innings come to an end. The Reds are still an impressive 7-2 in interleague games.

Programming note: tonightÃ¢â‚¬â„¢s game is a 7:10 PM and is available on ESPN for those outside of the Cincinnati market.

Tonight, just like last night, will be the first time these two starting pitchers will face any of the hitters on their opponent.

Sal RomanoÃ‚Â has really turned his season around of late. He has a 2.88 ERA over his last 4 starts (25.0 IP, 23 H, 8 ER, 8 BB, 19 K). He will need to keep his performance up as Homer Bailey (more below) was terrific last night for the Bats. It seems inevitable that Bailey will get another shot in the rotation, fair or not. Right now as it stands, even with his great performance of late, that Romano would be the odd man out.

Dylan CoveryÃ‚Â was originally the 14th overall pick in the 2010 draft by the Brewers. They found in a physical that he has diabetes, and Covery never signed with the Brewers. He ended up playing college ball, and was a 4th round pick of the A’s in 2013. The White Sox picked him up in the Rule 5 draft in 2016. Covery got called up last season, but didn’t fare well in 18 appearances (12 starts), posting a 7.11 ERA/7.20 FIP. He started 2018 in AAA, and has put up aÃ‚Â 2.33 ERA/3.83 FIP in 9 starts. He made a spot start for the White Sox in April, and was then recalled at the end of May and has been in their rotation ever since. He got rocked in his last start (at TEX), giving up 9 runs on 8 hits and 3 walks in just 2.1 innings. 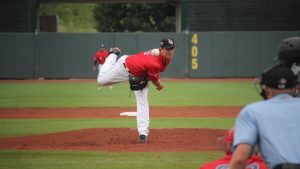 Homer BaileyÃ‚Â finally had a great start at AAA last night:Ã‚Â 6.2 IP, 7 H, 1 ER, 8 K, 103 pitches (69 strikes). Bailey’s start before that was 3 runs over 7.0 innings. The first two rehab starts were disasters. The Reds have until July 23rd to make a decision on Bailey, unless he were to suffer another injury (then his 30-day rehab assignment could be reset again). I would imagine the Reds are going to try to use as much of that allotted time to let Bailey start in Louisville before making a decision.

I hope that you and yours enjoy the 4th of July in our great country. It sure is nice to have some baseball playing the background. I pray that you found a way to avoid the nasty hot dog content. Go Reds!