The Cincinnati Reds (37-48) are playing their best baseball in four years, and have been incredibly fun to watch of late. The Reds had another late inning rally last night, coming back from a 3-1 deficit in the 8th inning to beat the Chicago White Sox (29-55) by a final score of 5-3. The two teams will square off again tonight at 7:10 PM. The Reds are now just single digits back in the race for the second wild-card race, and are 29-11 over their last 50 games. 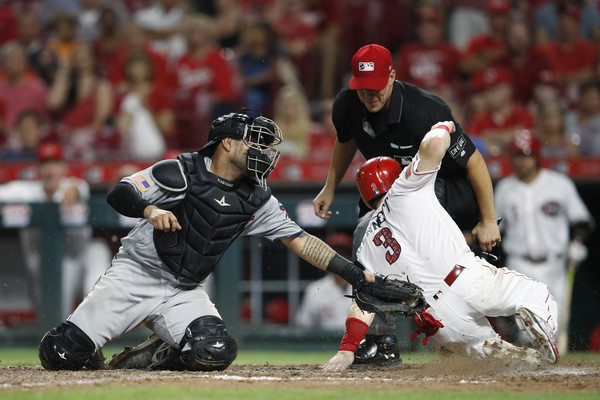 Tonight will be the first time that eitherÃ‚Â Anthony DeSclafaniÃ‚Â orÃ‚Â Lucas GiolitoÃ‚Â have faced any hitters in either lineup. DeSclafani has certainly been a nice presence since returning to the Reds rotation, but he needs to cut down on the home run ball. He has allowed 5 home runs over his last 3 starts.

Giolito was the 16th overall pick of the Nationals back in 2012. When he was called up in 2016 by the Nats, he was hailed as theÃ‚Â best right-handed pitching prospect since Stephen Strasburg. He was traded in the Adam Eaton deal in December 2016. He was good in 7 starts last year, but has struggled this season. His fastball velocity is down over 2 MPH since 2016. Hopefully he makes at least one more start before figuring it out. 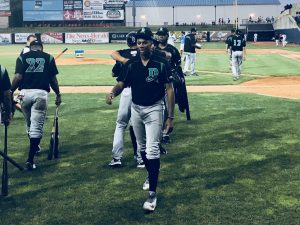 I got lucky last night and saw Hunter Greene have his best professional start to date. I wrote about that and took some (poor) video of Greene today on RN.

Other News and Notes:

Nats have talked to the Reds. Matt Harvey and Raisel Iglesias are of interest to nats, who are seeking another starter. Multiple teams see Iglesias as possible starter.

Big attention for #Reds first round pick Jonathan India. It's his first time at GABP. pic.twitter.com/cJ4CSvSAbb