After the Reds chose Jonathan India (3B, UF) in the first round last night, they returned to the Sunshine State and selected Lyon Richardson in the 2nd round, the #47 pick overall. Richardson is a right-handed high school pitcher in the Tampa area. In his senior season, in 48 innings he struck out 90 batters, had an 0.58 ERA and allowed only 16 hits. He is rumored to have hit 97 mph on the radar, although pitched regularly in the 92-94 mph range. Richardson had committed to the University of Florida. Here’s a local Tampa paper report on Richardson:

“Lyon Richardson, who signed with the University of Florida, is a 6-foot-2, 185-pounder with an athletic build and a plus-fastball that sits in the mid-90s. HeÃ¢â‚¬â„¢s touched 98 on the radar gun. He also has an impressive breaking ball and changeup.”

Lyon Richardson makes its 12 #FLBoys. Has the fastest hand speed in the class. Athlete with huge ceiling. Yet another big spring riser. A common theme, showing how much a strong spring means in the draft. @RocketsBSB pic.twitter.com/HDNu7XM4ef

From Richardson’s high school coach:Ã‚Â Ã¢â‚¬Å“The thing that makes Lyon so special to me is his consistency,Ã¢â‚¬Â Jensen Beach coach Corey Cooke said in a text. Ã¢â‚¬Å“We have had some dominant pitchers come through Jensen Beach in the past, but the thing that stands out is his ability to throw strikes at all times. Ã¢â‚¬Å“Additionally, he wants to pitch in the biggest moments. IÃ¢â‚¬â„¢ve seen him on the ropes Ã¢â‚¬â€Ã‚Â 2017 at Vero in extra innings stands out Ã¢â‚¬â€Ã‚Â and deliver a knockout. He was our closer in years past because he wanted to pitch in the toughest situations. He lives off that.Ã¢â‚¬Â

Doug Gray on Richardson:Ã‚Â Second rounder who can hit 98 MPH and is extremely athletic? Yeah, sign me up for that all day long. HeÃ¢â‚¬â„¢s considered a bit raw as a pitcher, and the pick reminds me of Tony Santillan. Or maybe even Nick Hanson. This is one of those big upside picks, and while it is likely heÃ¢â‚¬â„¢ll move a little slow, especially early in his career because of his experience, the arm strength is on a different level. 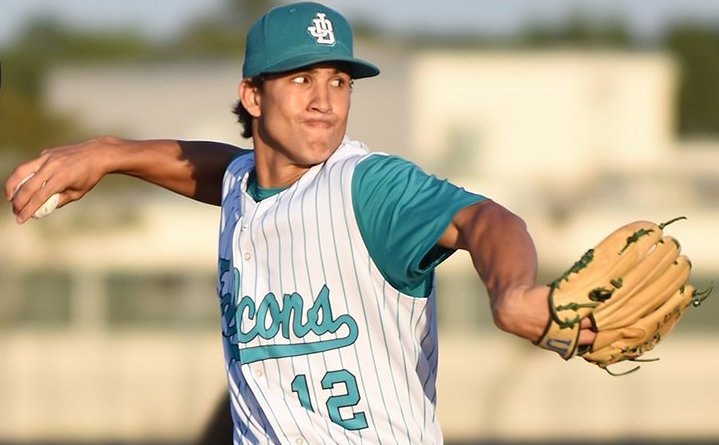 In their final pick last night, the Reds selected Josiah (Jo Jo) Gray, the top Division II pitcher in America, in the B-Flight Competitive Balance Round. Gray was the #72 pick overall. Here’s a really good post on Gray from Baseball America.

From Gray’s manager:Ã‚Â Ã¢â‚¬Å“Everyone knows about his velocity,Ã¢â‚¬Â Cassidy said. Ã¢â‚¬Å“What people donÃ¢â‚¬â„¢t realize is that he has such great command. He throws a ton of strikes. He doesnÃ¢â‚¬â„¢t walk hitters, he attacks the strike zone. When he came here he didnÃ¢â‚¬â„¢t really have too great of off-speed pitches, but heÃ¢â‚¬â„¢s really worked hard. Now heÃ¢â‚¬â„¢s got a really good slider. His changeup, which is his worst pitch, is really improved from last year. It is a serviceable pitch. Is it going to be a lights-out, strikeout pitch for him? ItÃ¢â‚¬â„¢s not right now, but very well could be.Ã¢â‚¬Â 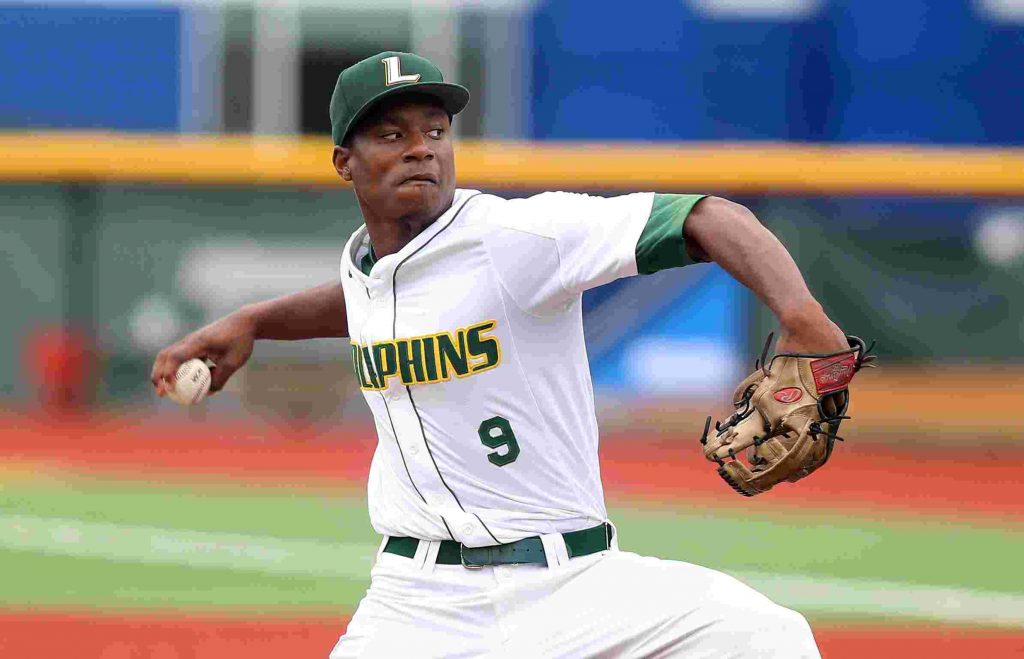 Cincinnati Enquirer report on Richardson and Gray from Bobby Nightengale.

Ã¢â‚¬Å“Lyon is a converted shortstop, just like Josiah is,Ã¢â‚¬Â said Chris Buckley, the RedsÃ¢â‚¬â„¢ Vice President of Amateur Scouting. Ã¢â‚¬Å“They are both very athletic. TheyÃ¢â‚¬â„¢ve not pitched a ton. We always like to start with that athlete with the pitchers.Ã¢â‚¬Â

In the third round this afternoon, the Reds selected Bren Spillane, third baseman from the University of Illinois. Spillane just finished a historic season for the Illini, winning honors as the Big Ten Player of the Year, winning the Big Ten Triple Crown, making Baseball America’s All-American team and named National Player of the Year by the Collegiate Baseball Newspaper. Here’s a good article on Spillane’s record-setting season (he slugged .903!) including comments from his teammates.

In IllinoisÃ¢â‚¬â„¢ last regular season series of the year, a 2-1 series win over Nebraska, Spillane struggled — relatively. He went 3-for-11 with three strikeouts. But when he connected, he made a big impact, hitting two home runs that brought loud roars out of the crowd at Illinois Field.Ã‚Â For Spillane though, it was a weak series. Ã¢â‚¬Å“He hit .300 (against Nebraska) and we were like, ‘Oh he’s having a bad weekendÃ¢â‚¬â„¢, with two homers,Ã¢â‚¬Â Dickinson said. ItÃ¢â‚¬â„¢s been that kind of year for Spillane. 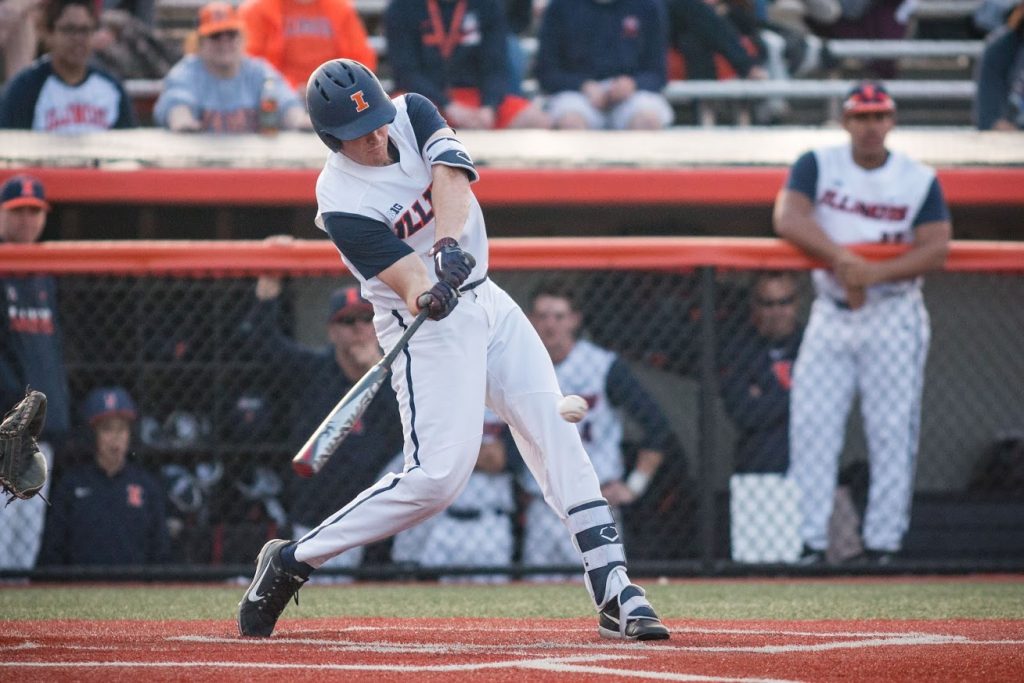 In the Fourth Round, the Reds selected high school centerfielder Mike Siani, from William Penn Charter School in Pennsylvania. Here’s a recent article in the Philadelphia Inquirer about Siani.

From that article: “A hard-hitting and speedy leadoff man who covers a lot of ground in the outfield, Siani was named Gatorade state baseball player of the year on Tuesday.Siani batted .361 with 25 runs scored, 19 stolen bases, five doubles, two homers, and 11 RBIs in his senior season. He had a .509 slugging percentage, a .495 on-base percentage, and a 1.002 OPS. A two-year member of USA BaseballÃ¢â‚¬â„¢s 18-and-under national team, Siani batted .405 in Inter-Ac League action.”

Chad might have mixed emotions about this selection. Siani had committed to play at the University of Virginia. Siani was listed at the top of many lists of best remaining players after Day One of the draft. Plenty of comments like this one from Carlos Collazo of Baseball America:

Nice job from the Reds to get Mike Siani in the fourth. Might be the best defensive center fielder in the high school class. Easy plus arm and fantastic speed and routes in the outfield. 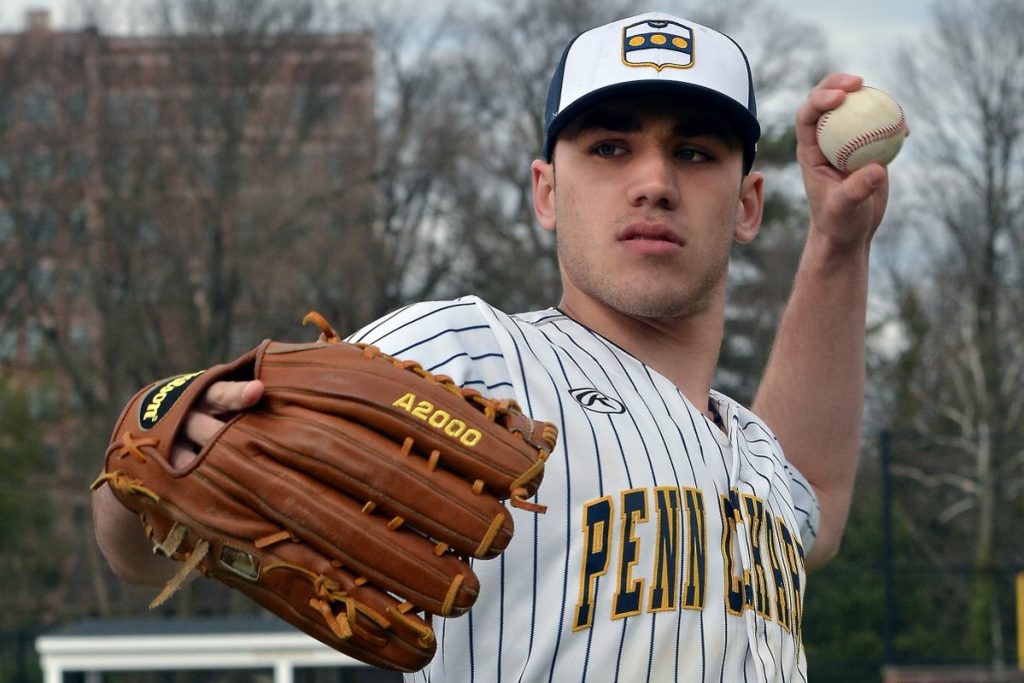 You can follow the rest of the draft here.