My latest at Cincinnati Magazine examines an open letter that Bob Castellini and the brand new ownership group wrote to Reds fans back in 2006. You can see the actual letter below this post, but Castellini and company essentially made five promises to Reds fans.

I examined whether the ownership group has lived up to those pledges, twelve-plus seasons into their tenure:

Bob Castellini was correct during his opening press conference: Reds fans are passionate and desperate for (and will support) a winner. The truth is that Castellini is just as desperate as we are; he wants nothing more than to hoist a World Series trophy above his head. And, if weÃ¢â‚¬â„¢re being honest, the Castellini group has been light years better than the owners it replaced.

But we are more than a decade into CastelliniÃ¢â‚¬â„¢s tenure, and Reds fans are getting antsy for the club to deliver on the promises that were made back in 2006. Look at those grades above. Final grades will be posted soon, and IÃ¢â‚¬â„¢m perfectly happy to grade on the curve, but itÃ¢â‚¬â„¢s time for Castellini and company to demonstrate some urgency.

All weÃ¢â‚¬â„¢re asking is for Reds ownership to do what they told us they were going to do. If they canÃ¢â‚¬â„¢t live up to those pledges, well, Reds fans will very likely continue to turn their attention elsewhere. And that would be heartbreaking for a city that has the local baseball team woven into its DNA.

Go check out the entire column and come back here and let me know what you think. (If you wanted to share it on Twitter or Facebook, that wouldn’t hurt my feelings.) 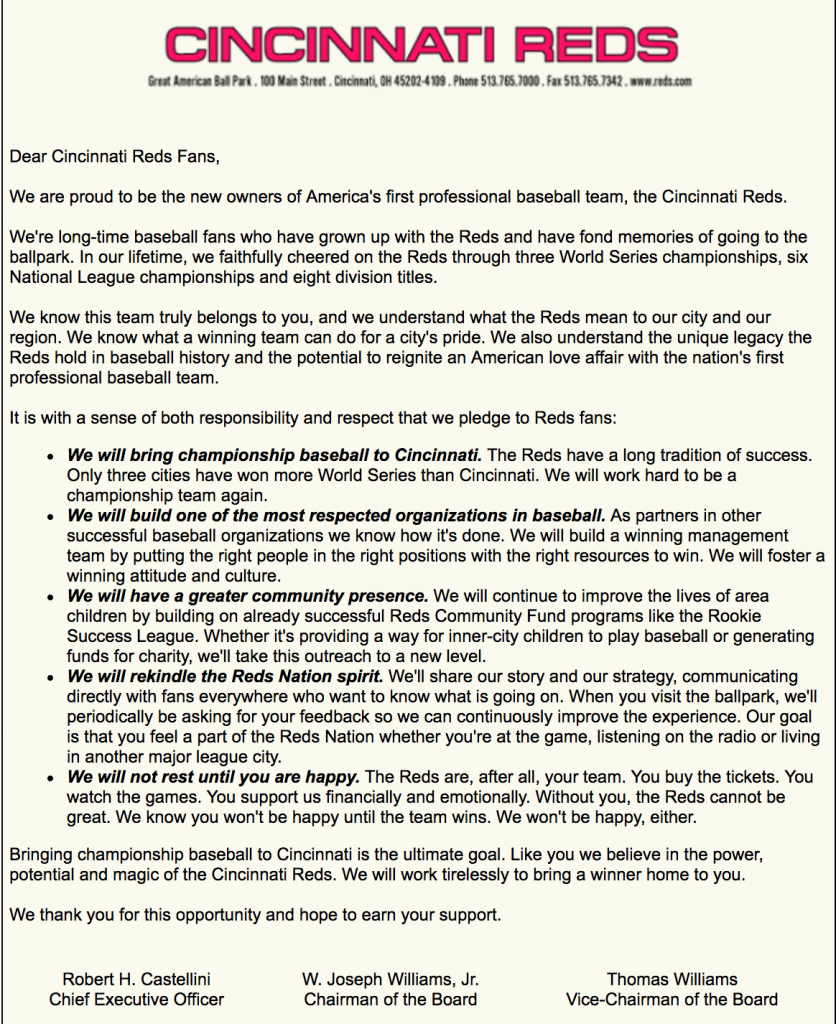