Luis Castillo pitched five innings giving up one run. Castillo struggled a bit with his control, giving up four unintentional walks. He struck out four. Castillo loaded the bases in the first inning on two hits and a walk a before inducing a first-pitch double-play ball from Kyle Schwarber to escape without giving up a run. The only run Castillo did allow was on a mile-high pop-up single by Albert Almora Jr. that fell between Billy Hamilton and the infield. Kris Bryant followed with a double, knocking in Almora.Ã‚Â

Castillo’s one deficiency was his pitch count, throwing 98 in five innings. The Cubs lineup works every at bat, but Castillo wasted a lot of pitches after 0-2 counts on several hitters. That may have cost him a sixth inning. Castillo’s fastball averaged 95.4 mph, topping out at 96.7 a couple times. Last season, Castillo averaged 97.5 mph, good for second in MLB. His whiff rate on the fastball has increased from 23.7% last year to 27.8% this season.

The Reds first run came on a walk by Jose Peraza (a WALK BY JOSE PERAZA), a stolen base and then a 2-out single by Scooter Gennett. Peraza is now 7-for-7 in stolen base attempts, a huge improvement over his success rates of 68% in 2016 and 74% in 2017.Ã‚Â

Hall of Fame manager Earl Weaver used to say when you play for one run, that’s all you get. That aptly describes the Reds fourth inning. Joey Votto led off with a double to right field. Scooter Gennett – SCOOTER GENNETT – bunted him to third. (It’s possible Gennett was bunting on his own for a hit.) Eugenio Suarez knocked Votto in with a sacrifice fly. One run.Ã‚Â Ã‚Â

The Reds scored two runs in the 6th inning, but almost came to regret the larger opportunity missed. Off Hendricks, the Cubs starter, Jose Peraza reached on an error by shortstop Addison Russell. Joey Votto walked. Scooter Gennett followed with a ground ball single over the second-base bag to make the score 3-2. Eugenio Suarez followed with a double, driving in Votto. With the score 4-2, the Reds had runners on second and third with no outs, threatening to blow the game open. But Scott Schebler and Tucker Barnhart grounded out with Votto unable to advance from third. Billy Hamilton struck out, swinging at five consecutive pitches out the strike zone. The score remained 4-2.Ã‚Â Ã‚Â

The Reds bullpen, which has been so good lately, was a mixed bag. In the 6th, David Hernandez gave up extra-base hits to the first two batters he faced – the second of which was by Kyle Hendricks, the Cubs pitcher – surrendering the tying run. Amir Garrett (fastball velocity 95.9 mph) pitched the 7th. He walked the leadoff batter then induced a double play. After he struck out Javier Baez to end the inning, Baez and Garrett started jawing at each other, leading to one of those dumb baseball skirmishes where the benches and bullpens empty, no punches are thrown, but deep, heavy breathing and narratives abound.

Manager Jim Riggleman brought Raisel Iglesias in to hold the 2-run lead in the 8th inning. I liked Riggleman’s idea. If Iglesias was only going to pitch in one game of the double header, why not use him two innings? Ah, but the best laid schemes ‘o mice an’ men oft go awry. Iglesias seemed to be thrown off by not getting this call …Ã‚Â 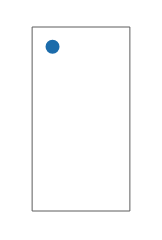 … against Ian Happ, the first batter he faced. When Happ hit a home run later in the at bat, Iglesias stomped around the mound, clearly upset at the earlier call. Later in the inning, Anthony Rizzo, choked up on the bat like Joey Votto, punched a 2-strike pitch that landed between the LF and CF for a double, driving in the tying run. Iglesias’ fastball/sinker velocity was 97.8 mph, highest all season.Ã‚Â

Wandy Peralta came on for the 9th and pitched great, retiring the Cubs in order. Then Dylan Floro, who played for the Cubs last year before being released, was called on to pitch the 10th and 11th, giving up a hit and an intentional walk, but holding the Cubs scoreless. Floro struck out two batters and continues to have an outstanding year.Ã‚Â

The Reds won in the 11th inning after Scott Schebler led off with a walk. Oh, do walks haunt. Tucker Barnhart did not sacrifice bunt. Instead, he lined a single to right field. Good things come to those who don’t sacrifice outs. Adam Duvall worked another walk to load the bases, bringing up Billy Hamilton. Hamilton faced a drawn in infield and outfield, with one of the outfielders moved up to the infield. Even with no outs, drama remained. After Hamilton the Reds would have to bat a pitcher, having used up all their position players. But Justin Wilson couldn’t regain even a tiny bit of control, walking Hamilton on five way-off-target pitches, forcing in Schebler with the glorious game-winning run.Ã‚Â

Sal Romano walked everyone and they all scored. His ERA estimators have been pointing this way for several weeks.Ã‚Â