By the time you’re reading this, I will have had my college degree conferred, thrown the cap, and taken pictures ad nauseum. In other words, currently I’m probably napping because 7 a.m. is just too early for a college student.

Now, before continuing, I would like to apologize for that opening a) if it made you feel old, b) if you thought only seasoned professionals wrote here, or c) if you just didn’t care. (A and C is a valid answer, too.) But I start that way for one reason: My baseball career is finally, officially, irrevocably over. For four years, I have maintained the dream that if I could ever just motivate myself to run again, I could walk onto my D3 baseball team as a closer and make a run to the D3 World Series. I swear it could’ve happened.

It never did, but even though my time (or my potential time) on the competitive mound has finally reached it’s end, for others the long road is just starting. That’s right: This long-winded opening was just a leading into a way-too-early draft preview. I apologize for my love of college baseball and prospect-watching, but also I’m still going to inflict it upon you.

I’ll try to go about this a bit differently though: Instead of a “5 Players to Watch come Early June” type post, I’ll make this post “5 College Players the Reds could take at No. 5 and we could see in 2020.” That’s at least a tiny bit more niche I hope. And Doug Gray took a more all-encompassing look at the Reds potentials a couple days ago.

To be upfront, I’m ruling out Casey Mize and Brady Singer from this list for three reasons: 1) Mize will go No. 1 or No. 2 and Singer should be top 4; 2) both will need more than a year to reach the Majors; and 3) both have been written about too much already and I’m bored of reading more about them. Okay, with that out of the way, no more throat-clearing. Here we go:

Great, if they fall

Fangraphs projects the Oregon State second baseman to go No. 4, but he could fall to the Reds if the White Sox decide they would rather a pitcher. As for a profile: Imagine Alex Blandino if Alex Blandino were a better pure hitter. They may not sound like much but…

…Alex Blandino is actually pretty good at this whole hitting thing. Madrigal puts the former Stanford standout to shame though, having hit .458/.514./.635 this season since returning from a broken wrist. For further Blandino context, the Reds’ utility man has hit .278/.350/.347 in 24 fewer at-bats. Madrigal likely will never hit for much power given his frame, but he’s scorching the Pac 12, which I consider to be comparable to a Class A league, so should slot in at AA to start 2019 wherever he goes. If the Reds can get Nick Senzel to play short, Madrigal could be his double play partner come 2020.

It’s not often you see a top 5 projected pick coming out of South Alabama, but it’s also not often you see a freshman hitÃ‚Â .303/.431/.422 and then improve on those numbers each of the next two years. Travis Swaggerty is just what the Reds are looking for in a third outfielder for the future: Pop potential, OBP skills, and speed to cover the outfield. Also, he just has a perfect name for baseball.

If you still aren’t convinced, consider that Swaggerty walks at nearly the same clip he strikes out (a Joey Votto vibe) and has bettered his OBP each year of college (again, Votto-esque). The biggest knock against him seems to be his competition Ã¢â‚¬â€ the SunBelt isn’t all that formidable after all. But when Swaggerty played for Team USA, he still hit .328/.449/.406, which isn’t something to scoff at by any means. Swaggerty would be my pick for the Reds because can you just imagine a 2020 outfield of Swaggerty, Taylor Trammell, and Jesse Winker?

Will be available, maybe a reach

Another Oregon State guy, Larnach is projected to go No. 14 by Fangraphs, making his inclusion questionable at best. However, my guess is that Larnach will be the first guy from this class to reach the Majors, and here’s why:

If anyone knows how to make a baseball cry, it’s Trevor Larnach. He strikes out a bit more than the other guys I’ve mentioned, but he walks a ton and just destroys pitches. 17 home runs in the dead bat college era and in the Pac 12? Kid has the skills to be very good every day player in this current three-true-outcome version of baseball.

The only pitcher I’m including here because pitchers generally take more than a year to progress regardless of college production, Gilbert has distinguished himself as someone who might just pull a Mike Leake. 6’6″ and 225 pounds, Gilbert will hit mid-90s with his fastball, which Ã¢â‚¬â€ by the way Ã¢â‚¬â€ has two-seam movement. What makes him a quick to the Bigs pitcher though is that he already has three developed secondary pitches, projecting him as a starter long term.

In his entire college career, Gilbert has only recorded two losses, but if that doesn’t convince you of his prowess because team stat and all that, he’s also posted a 2.31 ERA over 231.1 college innings. His control has also improved year over year, with his BB/9 falling from 4.92 to 2.63 to 1.94 this year. Singer and Mize might have ace potential, but don’t count out Gilbert beating them to the top.

Definitely a reach, could be worth it

I have to admit, I mostly love Walker for his name. He’s projected to go in the compensation round by Fangraphs and is easily the 10th best outfield prospect in this draft class, but Walker is another guy like Swaggerty who has put up better numbers every year, has plus power potential, and walks nearly as much as he strikes out.

Unlike Swaggerty though, Walker’s swing is quick, compact, and replicable. Whereas Swaggerty sometimes falls off balance in the batter’s box, Walker stays steady, channeling the aggression in his swing to the ball. Also, Walker has done all his damage in the Big 12, a league that inspires far more confidence than the SunBelt.

At the end of the day, Travis Swaggerty would absolutely be my pick for the Reds come June (even if Singer is available), but just for fun, here’s some more Trevor Larnach to consider:

In the most LOL thing of the weekend, @BeaverBaseball's Trevor Larnach (story coming later tonight) had an OPS of 3.034 this weekend in Surprise. That's bonkers. #MLBDraft

Since I last updated you all on my fantasy team, the Kangaroo Court Fees have *ahem* ACTUALLY WON A GAME. I DON’T KNOW HOW THEY DID IT. IT’S HONESTLY A BIT OF A MIRACLE.

Okay, now that that’s out of the way, I will promptly bury in the middle of this sentence the fact that they lost the next week and are on pace to lose again but the win is super exciting right? Regardless, Nomar Mazara and Shohei Ohtani have been my team’s bright spots this year, and I’m still looking to unload Brandon Belt before he returns to his true giraffe-form.

If nothing else though, there is always the sweet sight of Matt Wilkes pulling the No. 6 position just behind yours truly. It’s a long road to the end, but these are the laurels we can rest on for just a moment. 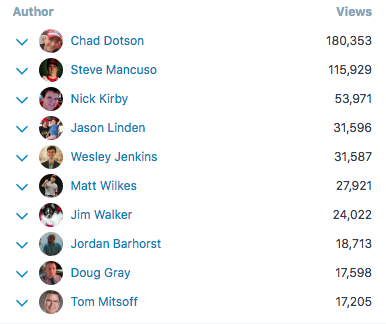