The Cincinnati Reds have now won four consecutive baseball games. They have won back to back games in LA against the Dodgers for the first time since 2011. The Matt Harvey era is officially underway for the Reds, and it is off to a roaring start. Harvey pitched four shutout innings on a limited pitch count. Scooter Gennett lead the Reds offense by homering in a fourth consecutive game. For as bad as the Reds have been in 2018, they only have four less wins than the defending NL champs. 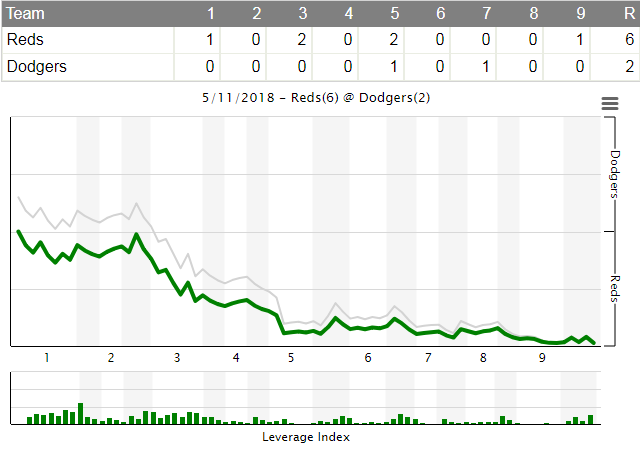 According to FangraphsÃ‚Â WPA statisticÃ‚Â (winning percentage added), the most important play of the game wasÃ‚Â Tucker Barnhart’s RBI single off Kenta Maeda with 2 outs in the 3rd inning, giving the Reds a 3-0 lead.Ã‚Â That play increased the Reds chances of winning by 8.0% (from 72.4% to 80.3%). 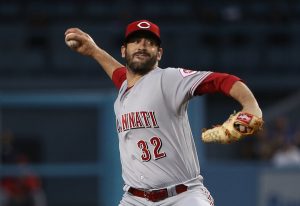 The Dark Knight’s Reds debut could not have gone much better. If not for an outfield gaffe by Schebler/Hamilton, Harvey would have pitched four perfect innings. He was on a strict limited pitch count due to being transitioned from the Mets bullpen. The most impressive part of his start was that he didn’t walk a batter. Statcast said that Harvey averaged 93.6 MPH on his fastball, and twice reached 95.8 MPH (which is his season high). The only concerning thing with Harvey’s start was that he did have 3 balls hit 103.5+ MPH, but overall it was a very encouraging start. 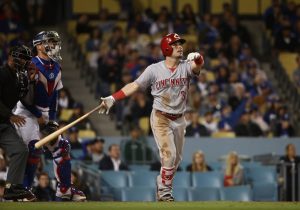 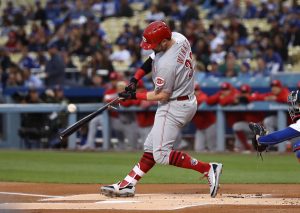 The Reds bullpen was nails after the four inning start from Harvey.Ã‚Â Austin BriceÃ‚Â did allow a run in 1.2 innings, but he struck out 4 batters.

The Reds fourth straight win didn’t come along without some gaffes along the way:Ã‚Â Jesse WinkerÃ‚Â starred down a ball hit off the wall and it cost him a base in the first inning. Hamilton and Schebler let a ball fall right in between them.Ã‚Â RigglemanÃ‚Â somehow screwed up a double switch, and I honestly do not even know how to explain that to you.

I really just don’t understand why so many folks just want to get rid ofÃ‚Â Scooter Gennett.Ã‚Â All the guy does is hit, and he is on a team friendly contract through next season. If you are expecting the Reds to compete in 2019 (and for all purposes they better compete in 2019) then you want Gennett on the roster playing vs RHP. This notion that the Reds need to get rid of him to open a spot up for Senzel is silly. Many good teams have deep benches, and are creative to get guys consistent playing time.