Well. Now that we have settled the question of what to do with Cleveland, we now turn to grudges at large, a difficult subject, as evidenced by the stunned face of Devin Mesoraco watching his teammates of 90 minutes ago from the visitor’s dugout.

“You look ugly in blue, Tucker Barnhart informed the batting Mesoraco as he crouched in the new Met’s former post behind the plate. Mesoraco was still wearing Reds batting gloves, and jerseys bearing his name, while still on sale in the team shop, were discounted.

At least he knew a few of the boys on his new team:

Nurse: Sir you’ve been in a coma for 5 years
Me: oh boy I can’t wait to see my favorite Reds Todd Frazier, Jay Bruce, and Devin Mesoraco win a World Series pic.twitter.com/eoYuAwH2fT

Meanwhile, the fan base had already moved on to dinner, because at this point why not. The entire affair may be summed up in this moment:

life comes at you fast

And the RedsÃ¢â‚¬â„¢ entire season by this one:

Poor Devin Mesoraco. The only player swept in the Reds-Mets series.

This re-raises an eternally troubling aspect of professional sports to meÃ¢â‚¬â€the issue of laundry. It was discussed most succinctly by Jerry Seinfeld over two decades ago:

College sports, before they began to function as a defacto minor league for the NFL and NBC, were once immune to this type of thing: This guy isn’t laundry, this guy is in my econ class. That’s gone. So, in case you haven’t forgotten by the top of the column (I pretty much have) is Mes.

“A lot happened in fifteen minutes, Mesoraco told reporters after the game. Such as flipping the entire matter of whether or not the people in the stands would applaud or boo when he came up to bat. His walk-up music became the disdainful, quick-spit announcement that opposing batters get over the Great American Ball Park all over laundry. Are these people or are they props? Why care? And for how long? When the other team spirals into darkness? When yours does? When you’re too overwhelmed by mortgage payments, a dying parent, or dance recital schedules to parcel out one more neuron of emotion on the matter?

Something fundamental within my mother’s ability to enjoy sports shifted the year the Ragamuffin Reds shocked the National League in 1961 with a pennant win… and then “They got stomped,” she said. She watched the Reds lose to the Yankees on the TV in the Mount St. Joseph student lounge. It was a fair fight, a clean and solid thumping. There are no what-ifs in the 1961 World Series. It wasn’t a near miss or a case of upended expectations. It was about as basic a beating as one can find in major league sports.

“They just lost,” she always says when she tells me about it, and she never says so or really explains why, but she was never the same again when it came to rooting, losing, and winning. The laundry with the pinstripes beat the laundry with the big red C, and she became, ever so slightly, a changed person. Not a worse one. Just a different one, one who perhaps draws a molecule of increased enjoyment from Yankee losses, rewarded as she was as a witness to the entirety of the Big Red Machine.

I was not protected from the dangers of such tectonic plate shifts. The imprints of grief and joy are left deeper in childhood. I am 41 years old and I cannot forgive Joe Montana for doing his job in Super Bowl 23. There are honestly moments of my life-pacing on a treadmill, arms deep in dishwater– dedicated to wondering how and if the clock might have been managed better in the draining moments of the fourth quarter. 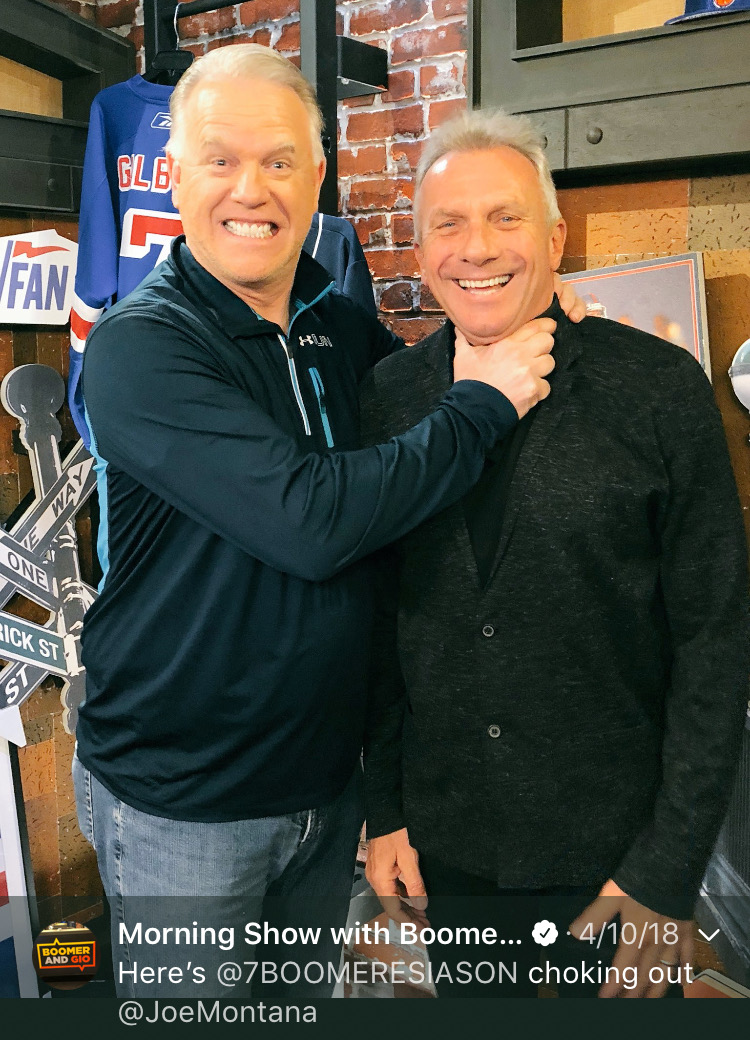 Boomer Esiason seems to be over it, so I suppose I should be too.  He was laughing as he said this, but as humor is born from truth, I expect he’s not done thinking about it, either.

Then the walk-offs happen in the rain in the middle of the afternoon with almost no one in the stands to catch the ball, and the team with the second-worst record in all of baseball pours out onto the field to meet the home run hitter who hasn’t done a thing for anyone stretching back to October. And paused in my day to feel nice about it.

And Mesoraco vanished into the visitor’s locker room with his team to pack his laundry.