The St. Louis Cardinals have to be devastated that the Cincinnati Reds are leaving town. The Cardinals completed their second sweep of the Reds in the young 2018 season. The Cardinals are 7-0 against the Reds, and 6-8 vs everyone else.

For the Reds, this is rock bottom. The Reds lost their fifth straight game. They are now 3-18 and officially have their worst start through 21 games in the 137 year history of this franchise. The Reds had been keeping pace with the 1931 team for futility, but that team was 4-17 at this point in the season.

The Reds fell behind early again, but rallied back to cut the deficit to 3-2. Kevin Quackenbush allowed a three run bomb to Paul DeJong in the 7th inning, and that all but ended this game. The Cardinals piled on in the 8th inning, and the Reds eventually fell 9-2. 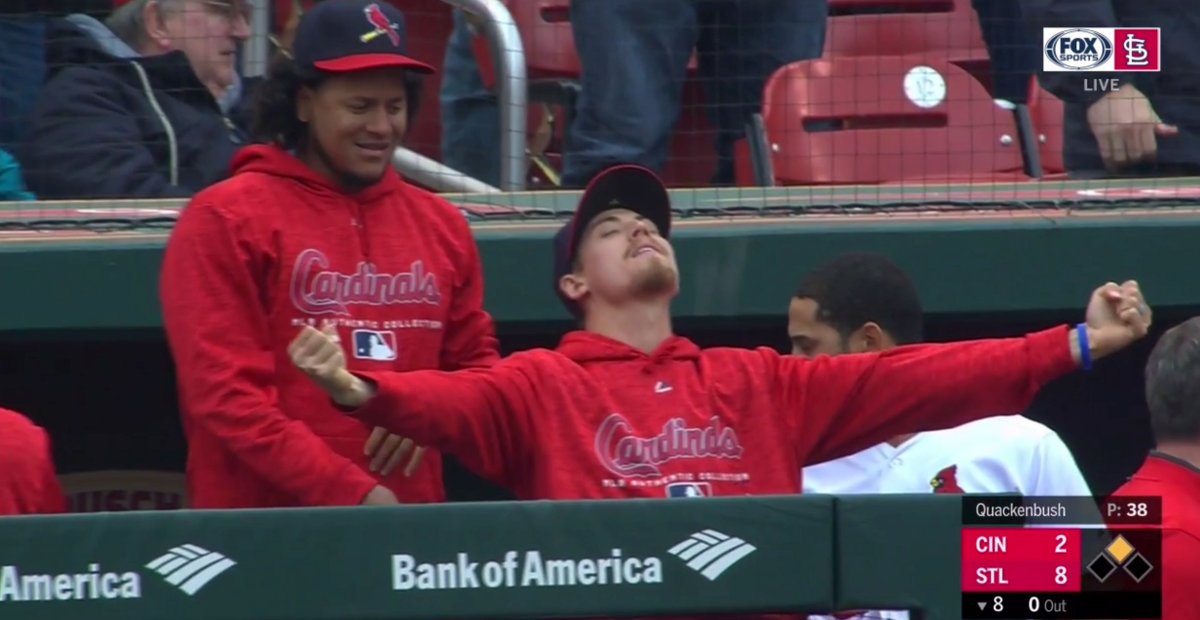 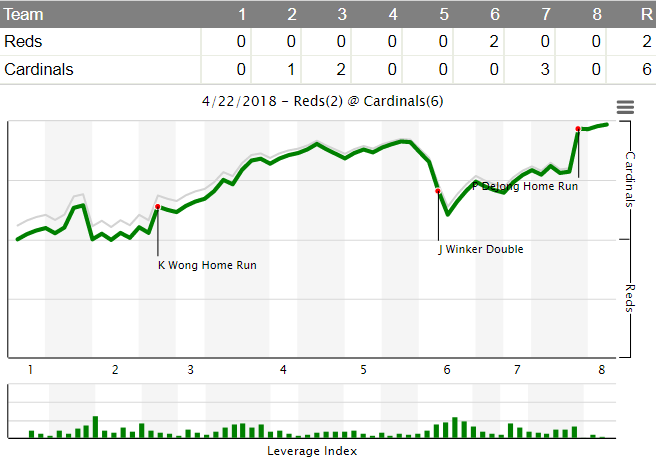 According to FangraphsÃ‚Â WPA statisticÃ‚Â (winning percentage added), the most important play of the game wasÃ‚Â Kevin Quackenbush allowing a 3-run home run to Paul DeJong with 2 outs in the 7th inning, giving the Cardinals a 6-2 lead.Ã‚Â That play decreased the Reds chances of winning by 18.1% (from 78.6% to 96.8%).

Jesse WinkerÃ‚Â had an RBI single. Winker has a .433 OBP and a 125 wRC+ despite just 2 extra base hits so far. In a season full of nothing but disappoints so far, Winker has not disappointed.

Scott ScheblerÃ‚Â had a beautiful opposite field single in the second inning, beating the shift. The Reds desperately need Schebler to give them some production to try to extend the lineup a little bit. 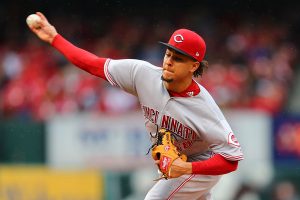 Luis CastilloÃ‚Â had another mediocre start (5.0 IP, 7 H, 3 ER, 4 BB, 3 K, 6.95 FIP). He is fortunate that he didn’t get rocked for a lot more runs allowing 11 baserunners in five innings. Castillo has allowed at least 3 earned runs in all five of his starts in 2018. It looks like he hasn’t fully settled into the season just yet.

Kevin QuackenbushÃ‚Â was brought into a one-run game in the 7th inning.Ã‚Â Jim RigglemanÃ‚Â got what he deserved for pitching Quack there. He gave up a three run bomb to Paul DeJong, game over. Riggleman sent Quack back out in the 8th inning, and he kindly gave the Cardinals another three runs. It is pretty apparent that this fella has no reason being on an MLB roster.

The Reds, no matter who is the manager, can not help themselves with putting at least one of their terrible hitters with speed at the top of the order. Today, it was Jose Peraza hitting leadoff with Winker second. I guess that is better than having a terrible hitter sandwiched between Winker and Votto, but for a team that is having a brutal time scoring runs it might be wise to get your best hitters the most trips to the plate. Bat Peraza 7th, and shift everyone else in the lineup up a spot. It’s not that hard.