On Friday, Bryan Price announcedÃ‚Â that Homer Bailey would be the Reds Opening Day starter. The news was expected. So was the frustration this move would cause with many Reds fans. Bailey has become a polarizing figure.

There are two rules for managers when deciding who should start on Opening Day:

The Reds rotation to start 2018 is Homer Bailey, Luis Castillo, Tyler Mahle, and Sal Romano. Amir Garrett is likely #5, depending on how quickly Brandon Finnegan becomes available. But Finnegan certainly is not an option for Opening Day. The Reds weren’t going to start Mahle or Romano. That leaves Bailey and Castillo. 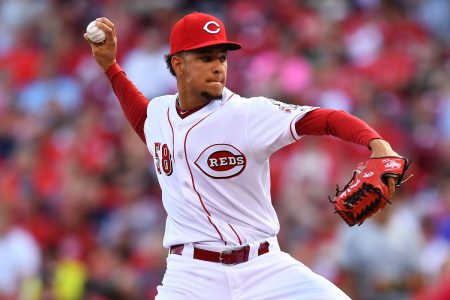 Luis Castillo was awesome in 2017. If you are looking at who is the Reds best starting pitcher right now, it would easily be Castillo. However, Castillo has 15 major league starts. He is expected to continue to improve from his breakout 2017. Do you want to add more pressure by starting him on Opening Day? If Castillo has a bad start on Cincinnati’s holiday, could it shake his confidence? Maybe. 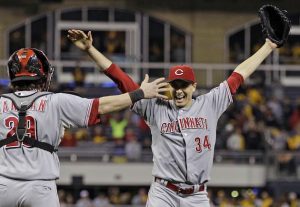 Homer Bailey has always been a guy who is not afraid of the moment. He has two no-hitters, pitched an incredible Game 3 of the 2012 NLDS, and has a stone cold, no-care attitude. While those things mean nothing in terms of Bailey’s future projections, it is clear that pitching on Opening Day will not overwhelm Bailey. If Bailey gets rocked on Opening Day, I don’t see that impacting what he does the rest of the season. You might not be able to say that about other candidates.

Maybe, Homer Bailey will rise to the occasion and pitch a great game against a tough Washington Nationals lineup on Thursday. Imagine how nice that would be for the Reds as a way to to kickoff the 2018 season.