Eugenio Suarez had dutifully followed baseball’s reserve clause. HeÃ¢â‚¬â„¢d earned the minimum salary for parts of four major league seasons. 2018 would be his first chance to negotiate with a club and exercise his right to arbitration. Suarez and the Reds couldnÃ¢â‚¬â„¢t reach agreement so they proceeded to a third-party hearing in February. The Reds infielder asked for $4.2m (remember that number), the Reds countered with $3.75m. The arbitrator sided with the Reds. 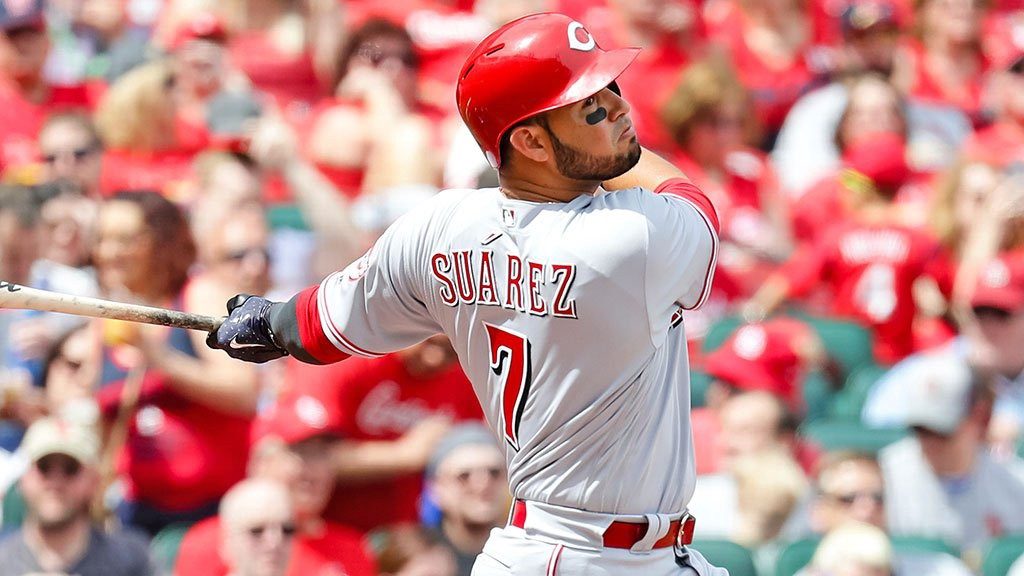 The financial future of Major League Baseball is bright with one exception. The 2018 class of free agents is struggling to get its share. For a variety of reasons and for the first time in decades, players may not take home a 50-50 split in league revenues.

Free agent contracts have been signed later than usual, for lower amounts than usual and cover shorter periods of time. ThatÃ¢â‚¬â„¢s been true even for big-name players, like Yu Darvish, JD Martinez and Jake Arrieta.

What caused the free agency system to crack up? Take your pick. Owners are colluding. The union didnÃ¢â‚¬â„¢t pay enough attention to salaries in the 2016 CBA. A third of the teams are tanking. Big stack teams are taking a breather, saving their money for Bryce Harper and Manny Machado. The $197 luxury tax cap is working. ItÃ¢â‚¬â„¢s one of those explanations, or all of them.

Players, no longer turbocharged on steroids and amphetamines, are slamming into rapid decline in their early- to mid-30s. Old-school owners and GMs didnÃ¢â‚¬â„¢t get the battleship turned around fast enough. They continued to pursue extravagant, headline-grabbing deals with famous veterans. Trophy signings were so burdensome to competitiveness the overall correlation between payroll spending and wins vanished.

Now, a new generation of younger general managers, armed with Ã¢â‚¬â€œ and beholden to Ã¢â‚¬â€œ data, know better. People making personnel decisions in baseball’s front offices grasp the poor average return from free agent contracts. Toss in a pinch of this or that from the exotics list above and labor market weakeningÃ‚Â turns into collapse.

We blinked at the headlines and now the reserve/arbitration/free agency model feels obsolete. The MLBPA will search for ways to capture more league revenue to restore the 50-50 split. If free agents canÃ¢â‚¬â„¢t make what they used to, the union will advocate shifting money to players earlier in their careers. Shorten the reserve period. Start arbitration sooner. Abolish the reserve clause altogether. The next CBA will be negotiated in 2021. Look for big, uncomfortable change.

Until then, the free agent market will remain unsettled. That’s why the eight-year contract Eugenio Suarez signed last week was so noteworthy.

After a disappointing 2014 season, the Detroit Tigers traded pitcher Rick Porcello to the Red Sox for Yoenis Cespedes. With the pending return of their slick-fielding shortstop Jose Iglesias, Eugenio Suarez was projected to fill a utility role for the Tigers. A return to AAA-Toledo loomed in his future. Eager to replace Porcello in the rotation, in December 2014 the Tigers traded Suarez and Jonathon Crawford, a right-handed pitching prospect, to the Reds for 33-year-old Alfredo Simon.

Rick Porcello went on to win a Cy Young for his new team. Alfredo Simon did not. And Eugenio Suarez joined Anthony DeSclafani that day as the first players acquired in the Cincinnati Reds rebuild.

Suarez began 2015 at AAA-Louisville. But in June, Zack Cozart suffered a season-ending knee injury, tearing both his ACL and LCL with an awkward lunge running to first base. Suarez made his first appearance for the Reds the next day, June 11. He played shortstop for 97 games, the remainder of 2015. In 2016, Suarez switched to third base where heÃ¢â‚¬â„¢s lined up the last two seasons.

After fits and starts his first two years with the Reds, Eugenio Suarez’s performance hit lightspeed during the 2017 season. He made concrete, repeatable improvements in the batterÃ¢â‚¬â„¢s box and at third base. (Read posts by Matt Habel and Ashley Davis reviewing SuarezÃ¢â‚¬â„¢s 2017 season, and Chad’s on-the-nose prognostication more than a year ago.)

In contrast to his earned reputation in Detroit, Eugenio Suarez has become one of the most patient hitters in the league. The result was a surge in his run creation from 94 (6 percent below league average 100) to 117. Waiting for better pitches to hit helped SuarezÃ¢â‚¬â„¢s isolated power jump from .163 to .200, well above the league average of .171.

Even casual fans could see that Suarez became a much better third baseman in 2017. Fancy defensive metrics (UZR, DRS, etc.) back that up across the board. 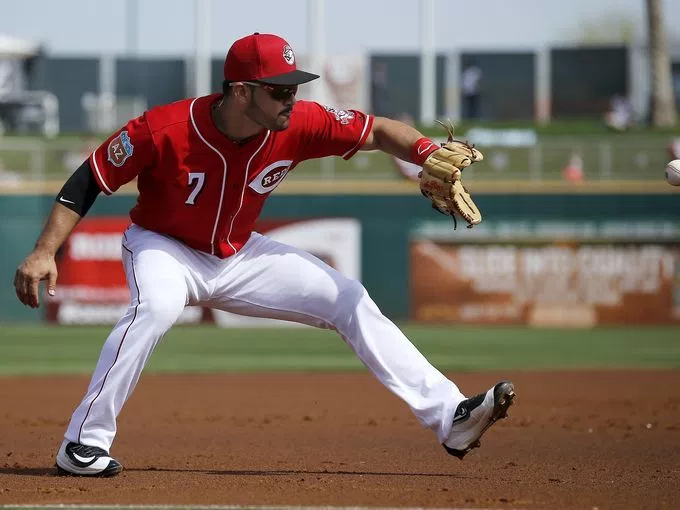 The contract extension agreed to by the Reds and Eugenio Suarez last week spans eight years. It covers his three arbitration seasons (2018-20) and a surprising four years (2021-24) of free agency. The deal includes a team option for an eighth year in 2025. Suarez is 26. HeÃ¢â‚¬â„¢ll finish 2024 at age 33.

For the next three seasons, Suarez will earn about what he would have made in arbitration, assuming he’d stayed healthy. HeÃ¢â‚¬â„¢ll make $4.5m this year, including a $2m signing bonus (I said to remember that number); $7.3m in 2019; and $9.5m in 2020. Players make less in arbitration than they do in free agency because arbitrators base awards on salaries of players with comparable service time, not mainly performance. Since players have less negotiating leverage in arbitration compared to free agency, salaries are lower.

The Smart of the Deal

To analyze the equities of the Suarez extension, we first need to estimate how much value Eugenio Suarez provides the Reds. This includes his contribution in batting, base running and defense, translated into the common unit of runs, both created and prevented.

Whether you call the statistic WAR or PEACE (player evaluation across categories, eh), the task of devising a single, all-inclusive number is unavoidable.

WhatÃ¢â‚¬â„¢s the alternative? Holding your hands out to both sides to see which is heavier is no longer considered an acceptable front office procedure.

What will Suarez produce in 2018 and beyond? You could make a case that at age 26+ heÃ¢â‚¬â„¢s still got room to grow. After all, Joey Votto has had three great seasons after he turned 30. Zack Cozart became a 5 WAR player at age 32. His best before had been half that.

Where do those conflicting examples leave us in projecting Eugenio Suarez?

Recent research by Matt Swartz puts the dollar-cost of one WAR in the 2017 free agent market at $10.5m. That dollar amount has been growing by 8% per year. That seems implausible, but when we analyzed contracts in 2015, the number was 7% and that turned out to be conservative.

Steady growth in free agent salaries, that is, until this year. We donÃ¢â‚¬â„¢t have final numbers for the 2018 class, but there is good reason to believe that trend may not continue. Luckily, we have a chart that breaks down the Suarez extension with various possible WAR costs.

The chart runs the Suarez value experiment under three different scenarios about the cost of WAR: (a) that the collapse in free agency causes it to fall to $9.5m, (b) that a stagnating free agency market remains steady at $10.5m and (c) that the free agent market rebounds and continues to grow at an 8% inflation rate.

The chart shows just how team favorable these deals are. Keep in mind that the massive value Suarez generates in the first three years (2018-20) is not a net gain for the new extension. HeÃ¢â‚¬â„¢d have been paid and produced those amounts under arbitration.

The bought-out free agent years are what matter. Suarez will be paid about $45m in his four free agent years (2021-24) and production averages say heÃ¢â‚¬â„¢ll produce about $89m in value. ThatÃ¢â‚¬â„¢s a gain of $50m relative to the Reds shopping for that production in the free agent market. Of course, it might also end up $40m more expensive than if the Reds could find that from a young player. After all, there was a chart like this for Devin Mesoraco.

The Reds signed a similar deal with Johnny Cueto except for a shorter duration. Cueto played three years for league minimum (2008-10) then signed a 4-year contract with a club fifth-year option. The extension with the option took on two of CuetoÃ¢â‚¬â„¢s free agency years. The Reds paid Cueto $10m in 2014 and the pitcher produced about $50m in value.

It’s plain to see why front offices are attracted to these contracts. But why do players sign such team-friendly deals?

ThatÃ¢â‚¬â„¢s easy: Guaranteed multi-generational wealth for their families. $66m should be enough for Suarez. It would be for most of us. Sure, $90-100m would be better, but having that eight-figure guarantee makes a life-changing difference. Players in his situation happily trade maximizing return for massive economic security and well-being.

Club and player interests fall neatly in lockstep. Front offices get budget certainty and save money on the free agent years. They end up with familiar players in their productive 20s instead of trolling free agent pools for unknown thirtysomethings. The challenge for clubs is selecting good players and avoiding injuries.

Eugenio SuarezÃ¢â‚¬â„¢s contract could be a boon or bust for the Reds, depending on his health and productivity. We wonÃ¢â‚¬â„¢t know for several years. To judge it now, all we can do is look at averages and likely outcomes.

To some, Eugenio Suarez selling his lucrative free agent seasons for $11m is pennies-on-the-dollar ridiculous. Giving up 4-5 years of free agency is indeed, a hefty stretch.

In a heartbeat, free agency has gone from Ã¢â‚¬Å“canÃ¢â‚¬â„¢t wait to get thereÃ¢â‚¬Â to scary. Jeff Sullivan analyzed the Suarez contract from the perspective of a player staring into the abyss of the current free agent market. Sullivan rightly notes that avoiding the uncertainty of free agency looks considerably more attractive than it did six months ago.

ThatÃ¢â‚¬â„¢s the playerÃ¢â‚¬â„¢s view. What about the teamÃ¢â‚¬â„¢s perspective of this market?

In theory, stagnation of the free agent pool should lure in teams like the Reds to bargain hunt. If a player finds the prospect of making a deal in free agency unnerving, shouldnÃ¢â‚¬â„¢t a general manager be more confident striding in?

Not necessarily. The current situation is win-win for major league front offices. Just as a falling tide lowers all boats, a weaker labor market makes players cheaper at every interface. It drives Eugenio Suarez to sign a cheaper extension and it compels free agent Todd Frazier to accept less money and fewer years.

Win-win for the employer.

HereÃ¢â‚¬â„¢s a bit of first-class hindsight. Suppose the Reds had known a year ago that the 2018 free agent market would crater. Would they (could they) have pushed fast-forward on the rebuild? Imagine them being in the right place to make the aggressive moves the Brewers pulled off this winter. Putting together a better offer for Christian Yelich, signing Lorenzo Cain to play centerfield, trading for or signing a front line starting pitcher Ã¢â‚¬Â¦ the mind of a fan boggles.

Of course, thatÃ¢â‚¬â„¢s rank counterfactual. The weak labor market dawned on this and all the other front offices too late for them to meaningfully change plans this offseason.

But hey, they did sign Eugenio Suarez to a breathtaking contract extension, lasting through 2025. How big of a deal?