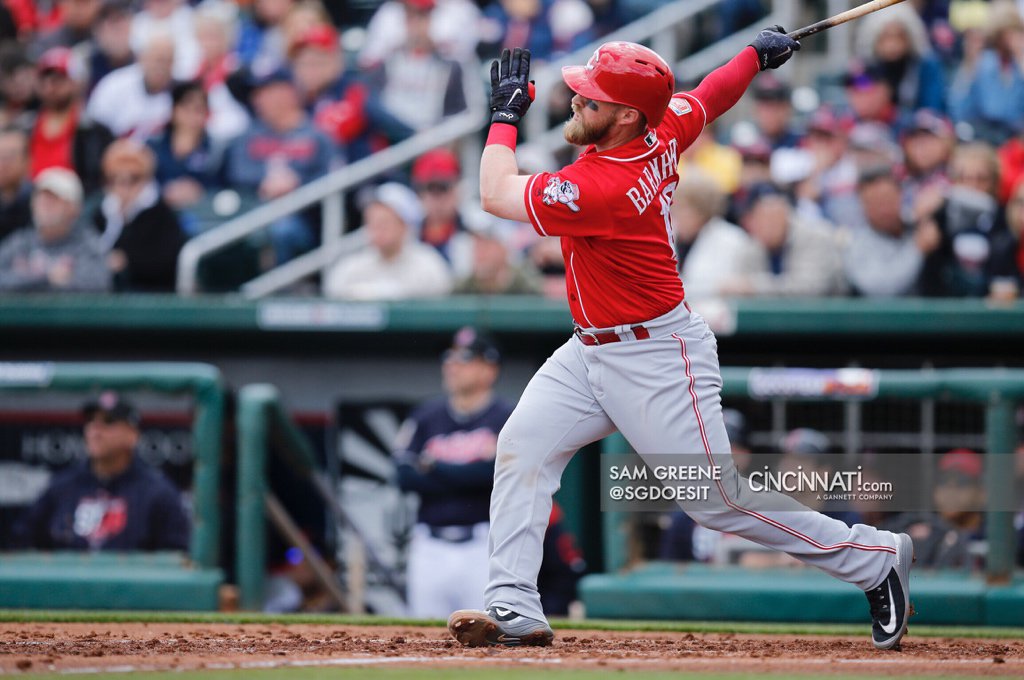 Why hello Nation, Reds baseball is back! The Reds began their quest to the 2018 World Series championship with a resounding 6-4 Catcus League beatdown of the Cleveland Indians.Ã‚Â  Tucker Barnhart lead the Reds with a two-run bomb in his first plate appearance of the spring.Ã‚Â  The Reds had Sal Romano, Tyler Mahle, Jackson Sephens, Kevin Shackleford, Keury Mella, and Jimmy Herget make their spring debuts on the mound today.

Tucker BarnhartÃ‚Â hit a two-run bomb to rightfield in the first inning. Barnhart didn’t hit a single home run in 35 at-bats last spring, so obviously this means he is due for a monster 2018.

Brandon DixonÃ‚Â hit a no-doubter bomb in the 6th inning.Ã‚Â  Dixon has some nice power, as he hit 16 home runs in 124 games at AAA in 2017 with a .783 OPS. He could be a guy to keep an eye on as the season goes along to possibly crack the Reds bench should they have injuries, poor performances, or make a trade. Dixon has played every position except SS and C in the minors.

Billy HamiltonÃ‚Â is still batting leadoff. I have been pretty darn supportive of Bryan Price to this point, but if he has Hamilton batting leadoff on Opening Day 2018, he should be fired on the spot.

Jose SiriÃ‚Â had to leave the game after crashing into the wall in CF. Siri of course set the Midwest League record with a 39 game hit streak with the Dayton Dragons last year. 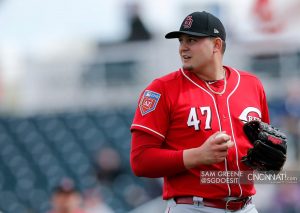 Kevin Shackelford with a really impressive seventh inning. I think he has a great shot of making the #Reds bullpen. 3.64 xFIP and 28.3 K% last season.

Jimmy Herget is now on the mound for the #Reds. Such an intriguing arm. Changes arm angles, changes his timing to the mound. Anywhere from 90-96, good breaking ball.

All photos are used courtesy of the Cincinnati Enquirer and Sam Greene, and are used by permission.Ã‚Â