This report from the Reds Caravan was submitted by Joe Rettig, a long-time reader and supporter of Redleg Nation. Rettig has previously reported for us from Milwaukee, St. Louis, and Goodyear, Arizona. Thanks, Joe!

This Saturday, I attended the last leg of the Reds Caravan Western Tour. This was a great way for Reds fans to get excited about the upcoming season thatÃ¢â‚¬â„¢s only a few months away after a slow winter offseason. This isnÃ¢â‚¬â„¢t the first Reds Caravan IÃ¢â‚¬â„¢ve attended, but is the first one IÃ¢â‚¬â„¢ve attended in Batesville, IN. (The others I attended were in Bloomington, IN.) With it being in a smaller town it wasnÃ¢â‚¬â„¢t as crowded as the Bloomington ones IÃ¢â‚¬â„¢ve been to in the past. It also seemed more organized. It was at the YMCA in Batesville, and a lot of their staff helped worked it. They were very nice and helpful.

The Reds personnel involved on this stop of the Western Tour were:

They showed up on time and Marty introduced everyone and said a few words about the upcoming season. Afterwards, the floor was opened for a Q & A session. There were a few questions and answers that stood out to me. A younger child asked, Ã¢â‚¬Å“what did you play when you were younger?Ã¢â‚¬Â to which Dmitri Young answered Ã¢â‚¬Å“I played school.Ã¢â‚¬Å“ Another young adult asked, Ã¢â‚¬Å“if there could be one Reds mascot who would you pick?Ã¢â‚¬Â With Gapper in attendance, Austin Brice misunderstood the question and answered Ã¢â‚¬Å“the Philly Phanatic.Ã¢â‚¬Â

Some other highlights were Tucker talking about working with Homer Bailey compared to the other pitchers, plus each panel member answering this question: Who did they think will make a big jump this year/who should Reds fans keep an eye on? Answers ranged from Tyler Mahle to Billy Hamilton, with some saying that the Reds will go as Billy goes. They all seemed to think this group though is going to figure things out and we should all be excited for the year.

Marty also mentioned that Tucker would be on the caravan with him for all of the stops next year. That says a lot about Tucker and who he is as a person and player, especially coming off a Gold Glove year. This isnÃ¢â‚¬â„¢t something that the Reds organization or itÃ¢â‚¬â„¢s players have to do. We as Reds fans should feel lucky that this organization gets out to different parts of Reds country during the offseason and does something like this to meet fans and sign autographs.

The final part of the stop was the autograph session. This was my favorite part and the main reason I went. We were in the fifth or sixth row of people. The nice thing was that we were on a basketball court and were all sitting in chairs, so we didnÃ¢â‚¬â„¢t have to stand until it was our row’s turn. Once it was our row’s turn it didnÃ¢â‚¬â„¢t take very long. I had pictures of Marty and Tucker to sign along with cards of Dmitri and Taylor Trammel. I didnÃ¢â‚¬â„¢t know that Austin Brice was going to be there, so I didnÃ¢â‚¬â„¢t have anything for him to sign. They all seemed very nice and friendly. Marty was even nice enough to put Ã¢â‚¬Å“Ã¢â‚¬Â¦ and this one belongs to the Reds!Ã¢â‚¬Â on my photo.

Overall I think going to any of the caravan stops would be worth it. It is definitely a good way to get excited for the season. It is also one of the easiest and cheapest ways to get Reds autographs. I had a very good time.

Check out Joe’s pictures from the Caravan event below: 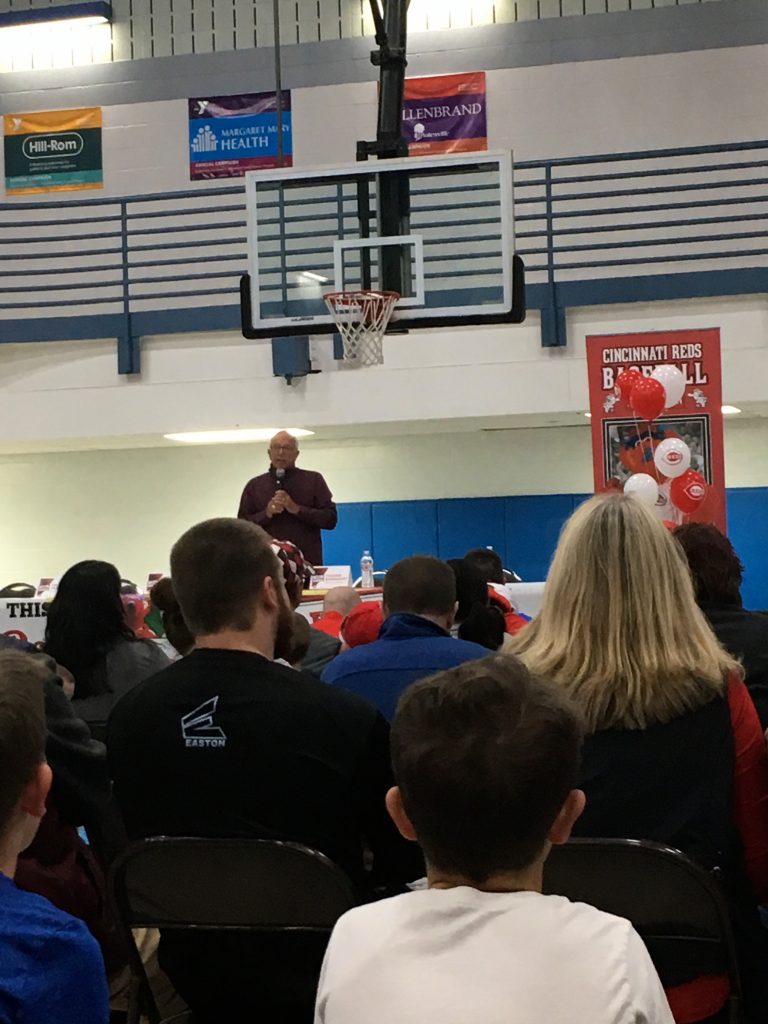 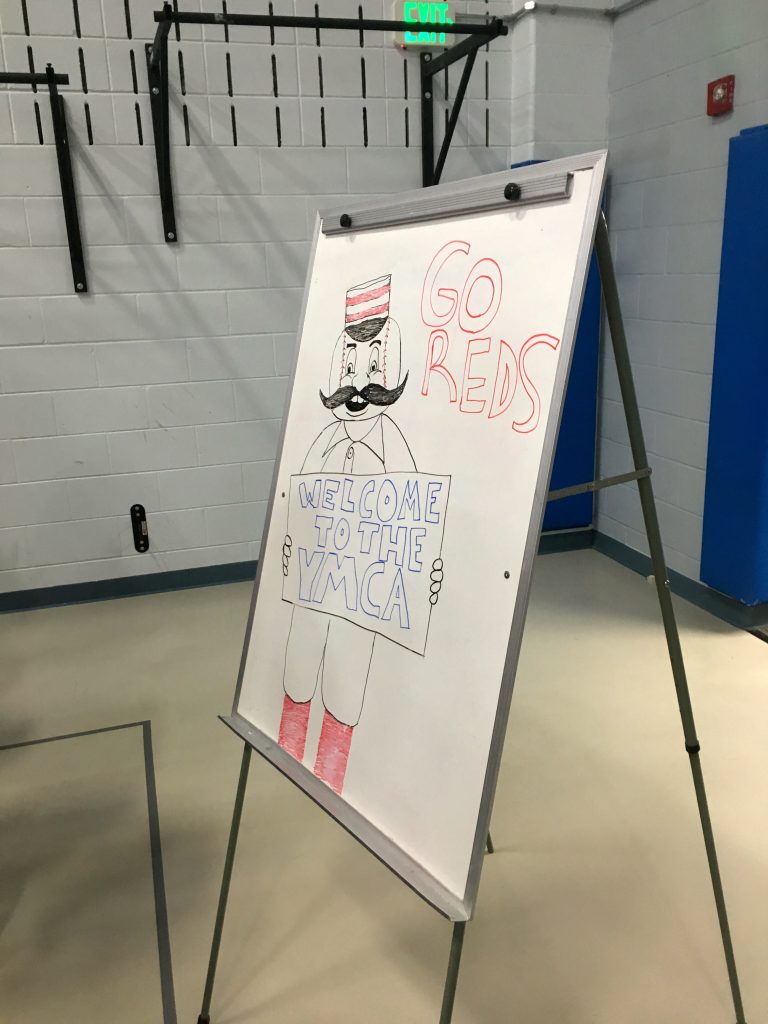 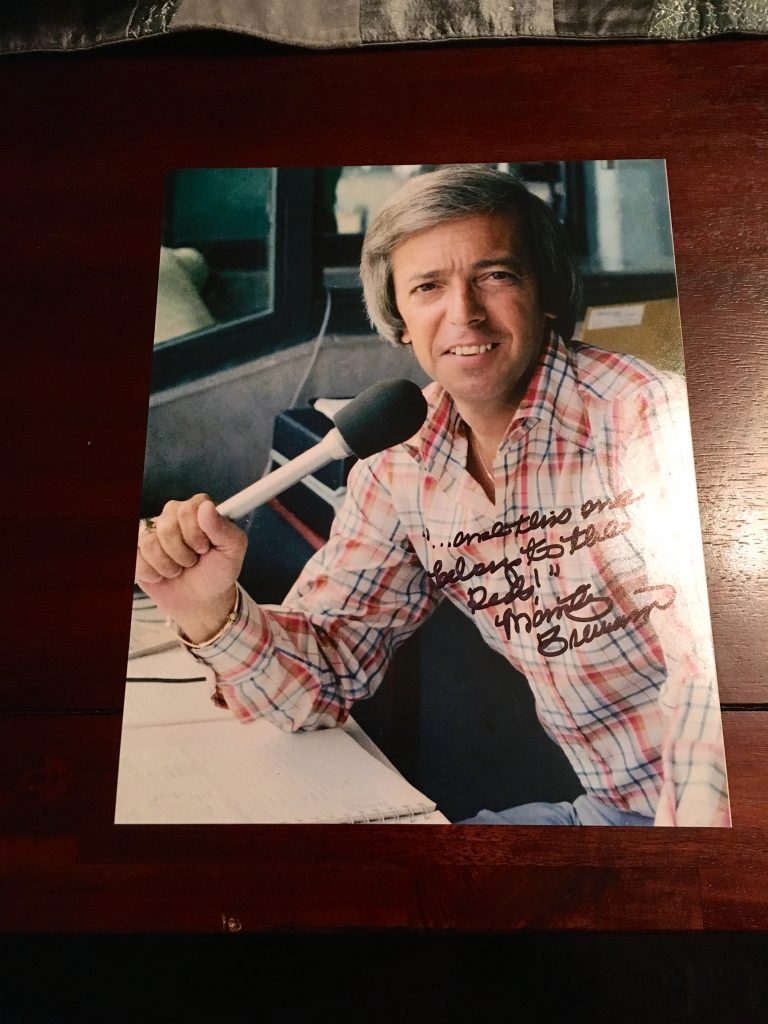 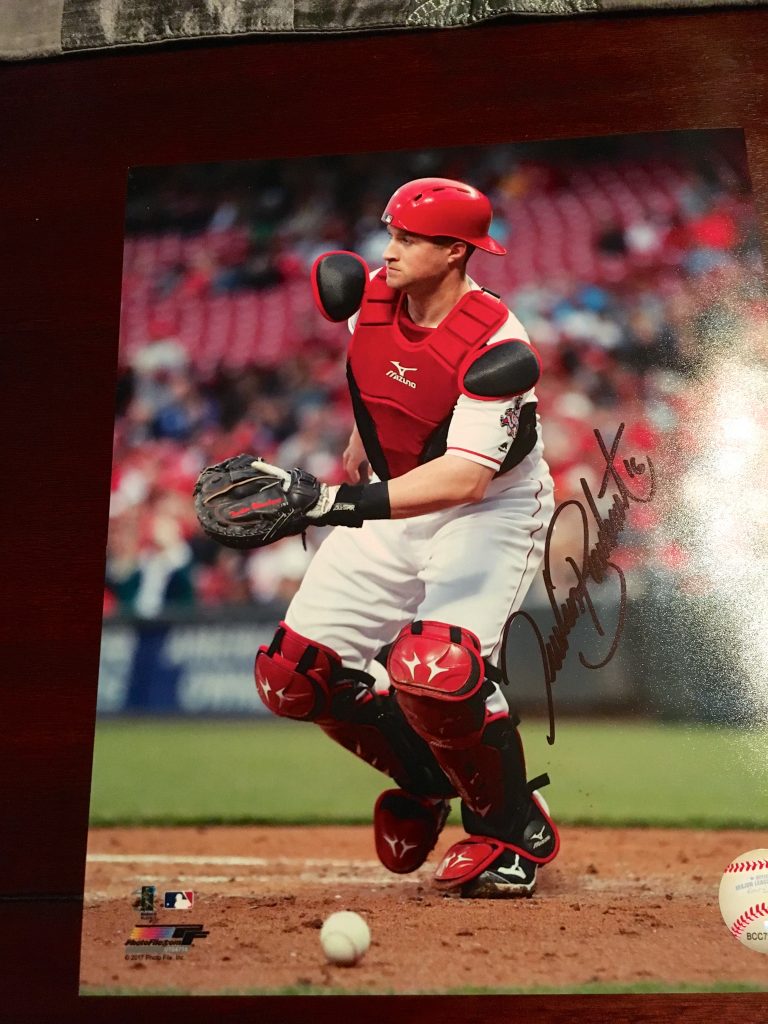 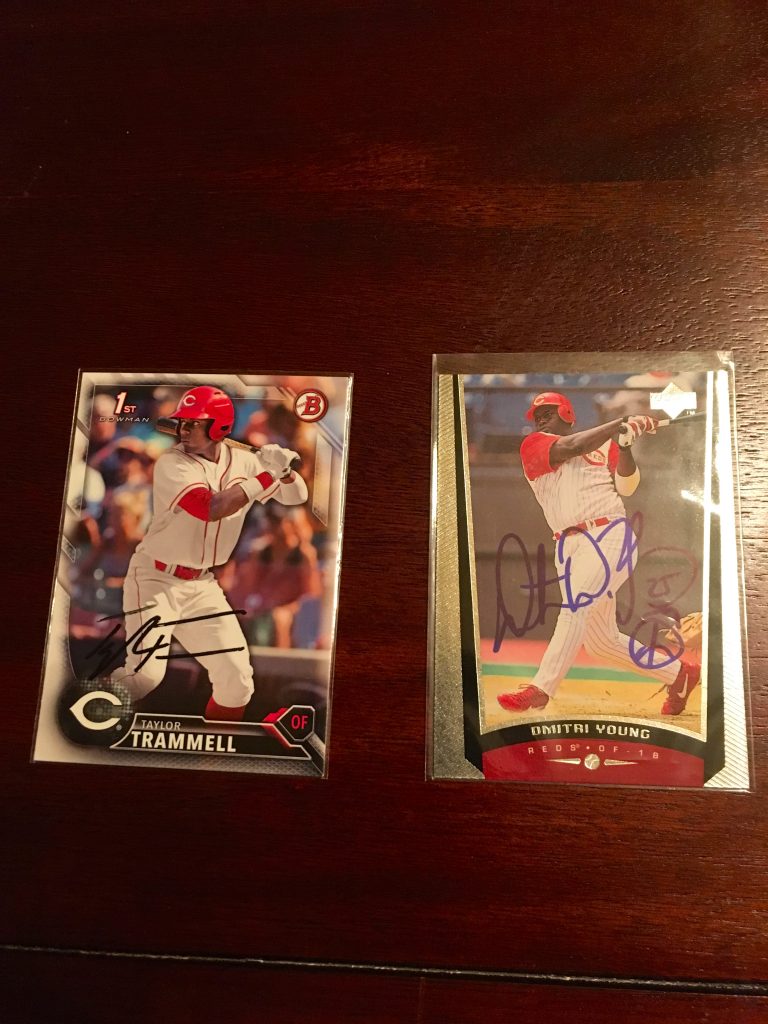