Jim Day demonstrated on a pregame show that GABP was piloting a program which allowed fans to order food, pay for it, and pick it up, all without interacting with another human being. The feature included several satisfying seconds of Phil Castellini desperately attempting to scan a phone barcode under a laser with absolutely no success, the prize of beer and peanuts locked away behind a clear-windowed kiosk. Now he knows how the 2013 post season felt for the entire city.

I was eager to try the kiosk; this was an exciting innovation which demonstrated that the Reds are intent upon keeping the fan experience on pace with the rest of the market, and was a notable indication of how fully wifi devices have saturated mainstream America. Also beer orders came with free peanuts. 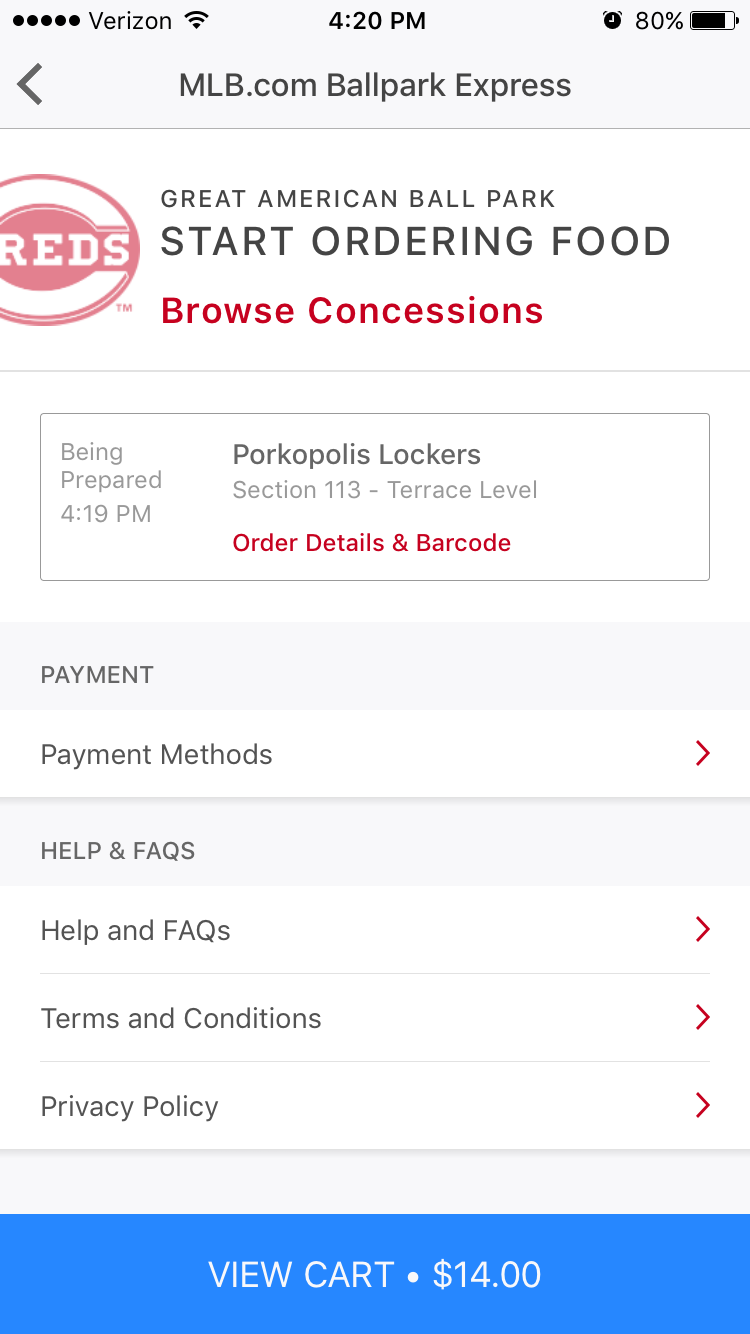 Josh The Pilot and I started an order from the MLB app. This not only allowed us to preview our total, but also absorb the information that our order required agreeing to a privacy policy, which made us realize we now had to decide between saying “I would like a weenie” to another human being or providing unknown foreign entities with the forever information of where, when, and how we had ordered a weenie. 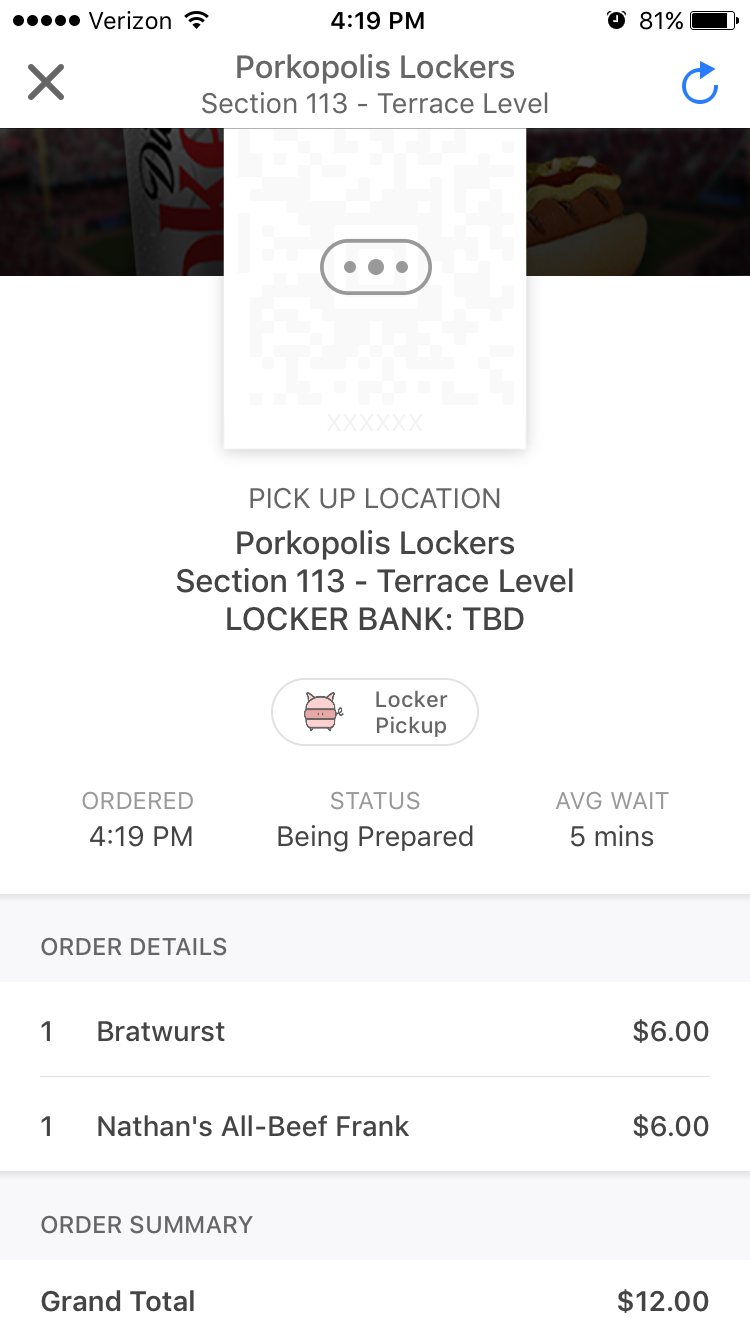 This the screen you get after you order. We were concerned that Josh’s beer wasn’t reflecting on the total, but I was so excited about the prospect of being fed without either cooking or making eye contact with a stranger that I didn’t much care. Also notice what an excellent job I’m doing of minding my phone battery. 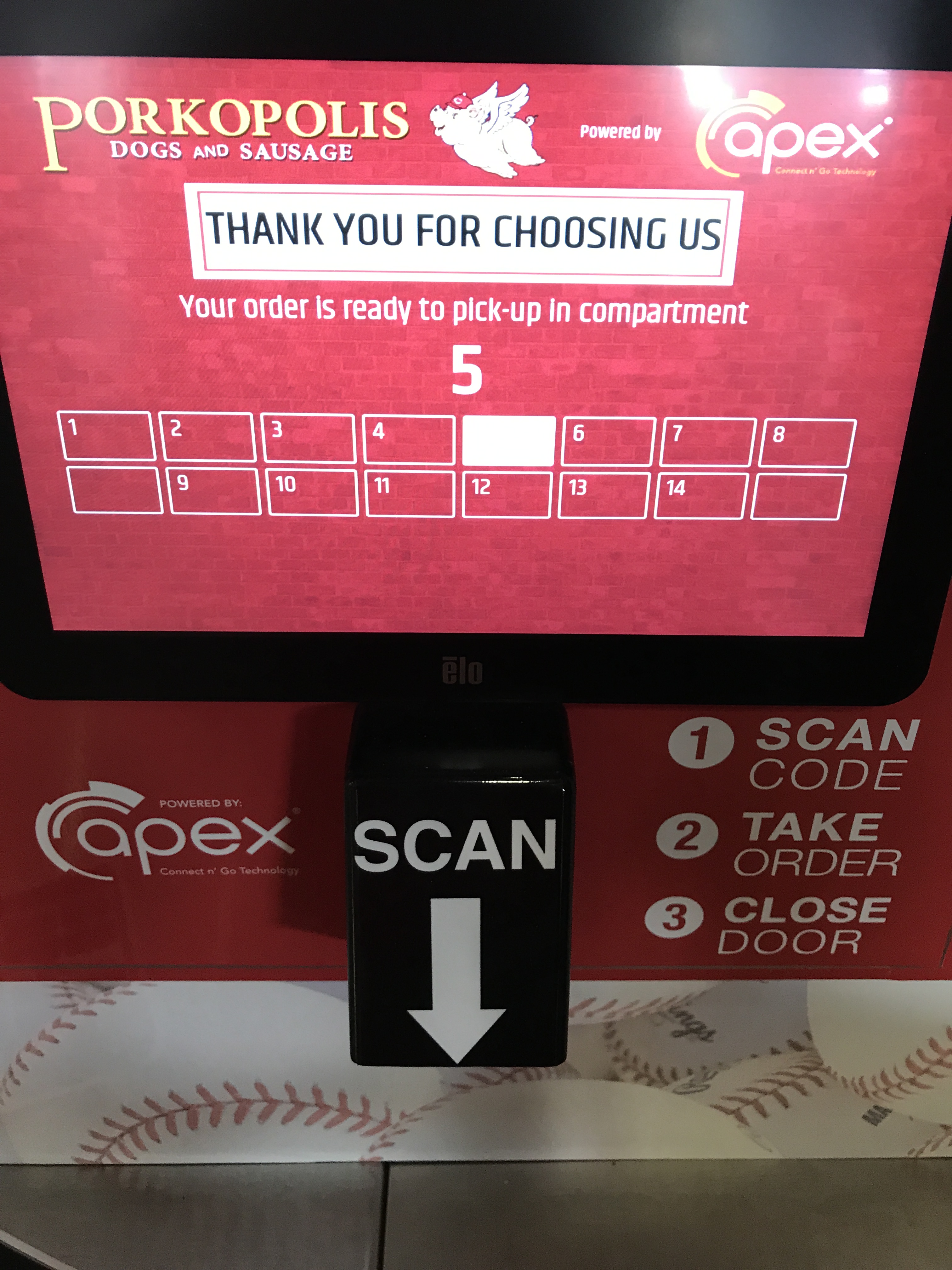 Here is the Moment of Scan. Josh The Pilot did this part because I sometimes get lost in bathroom stalls. 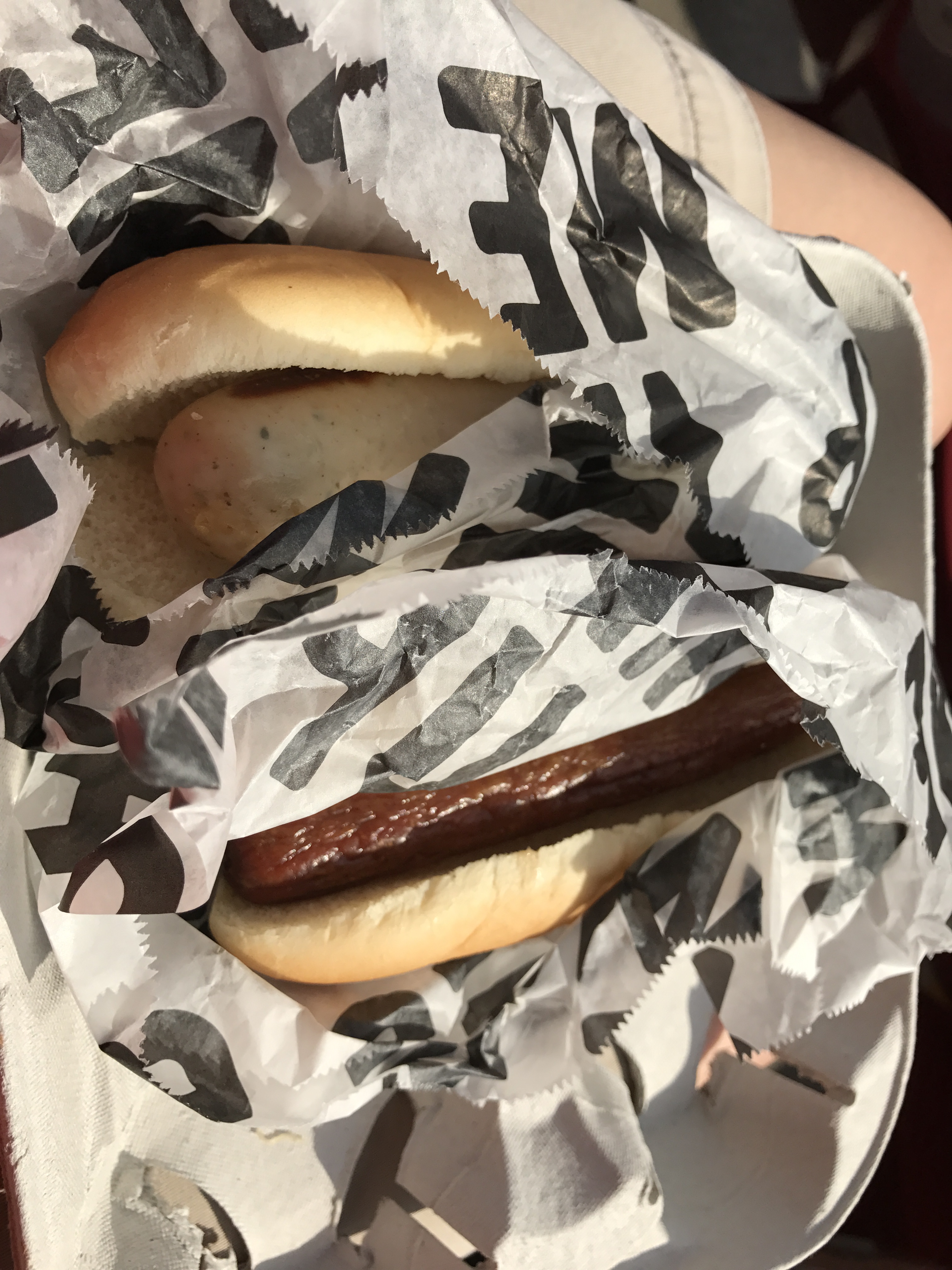 Wrinkly, wrinkly overcooked weenie and… I don’t eat brats so I have no idea if it too was terrible. You will have to ask Josh The Pilot, who, after only three years a West Sider, is quickly becoming a properÃ‚Â connoisseur of the cuisine.

At this point Josh The Pilot became immediately disenchanted with the procedure, not necessarily due to the status of my dinner, but because he was expecting the kiosk to be up against the wall of the stadium, through which employees would slide the food and vanish. Instead, runners were carrying the orders to the kiosk on trays, walking around behind it, and visibly placing them into the lockers. It did detract from the Tomorrowland aura of it all, but given that I grew up in a stadium where setting a drink on the ground for a single second meant several innings’ worth of peanut shells amongst the ice cubes, this was like receiving a fine Pinot from an anti-gravity decanter which dispensed upon retinal scan.

Josh was further disgruntled over his missing beer, so at this moment we immediately fell from Cutting Edge Early Technology Adaptors to Old People Frantically Tapping at Screens Who Have to Ask a Young Person What to Do.

GABP had anticipated this problem, and given the fact that we were sensibly clothed and unoffended by all around us, an employee hovering nearby for exactly this purposeÃ‚Â offered help. We outlined the Case of the Missing Beer, and she pointed out that no, food is dispensed from one kiosk and beer from another. She led us gently, as one does the elderly, down the concourse. 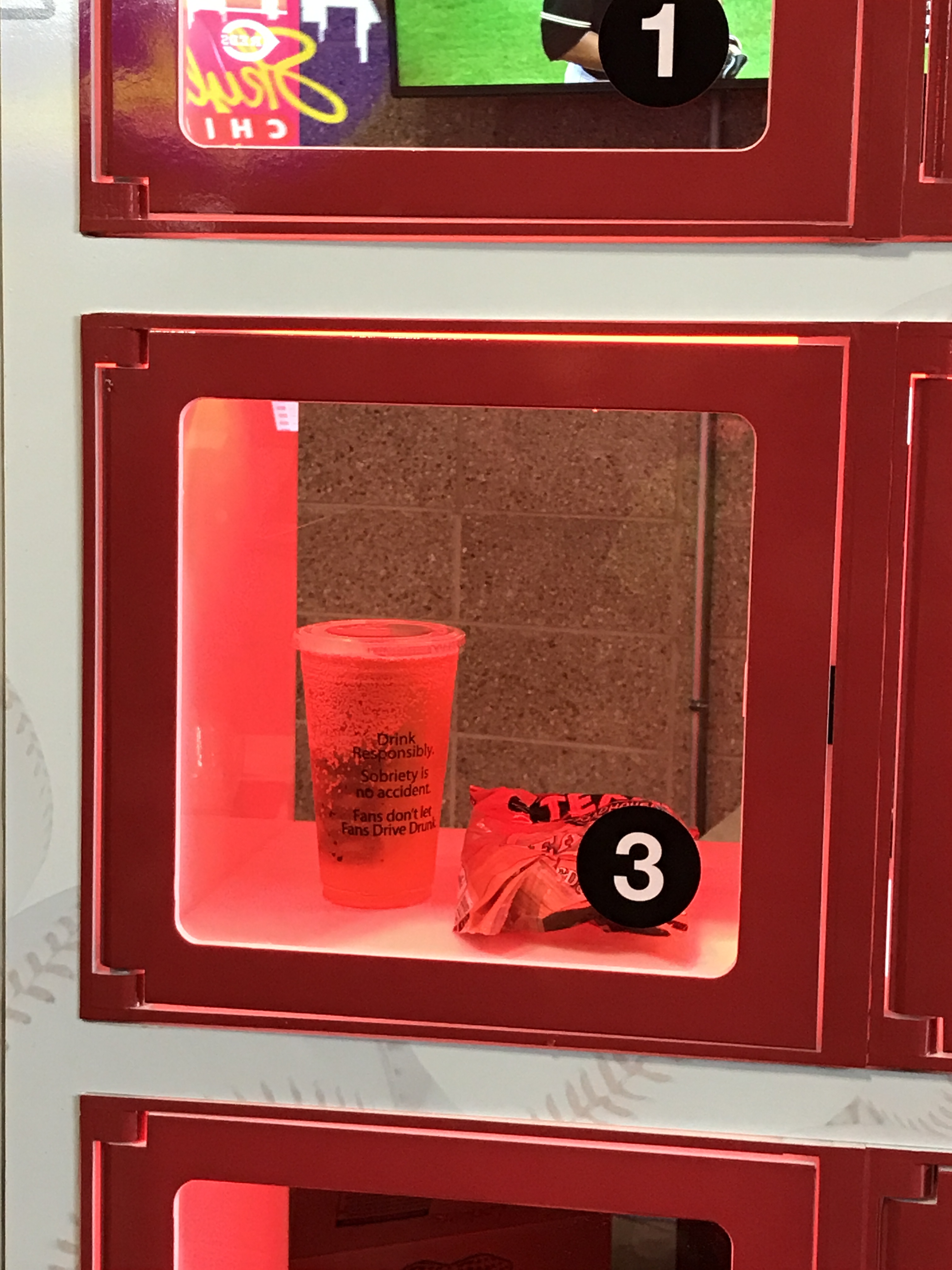 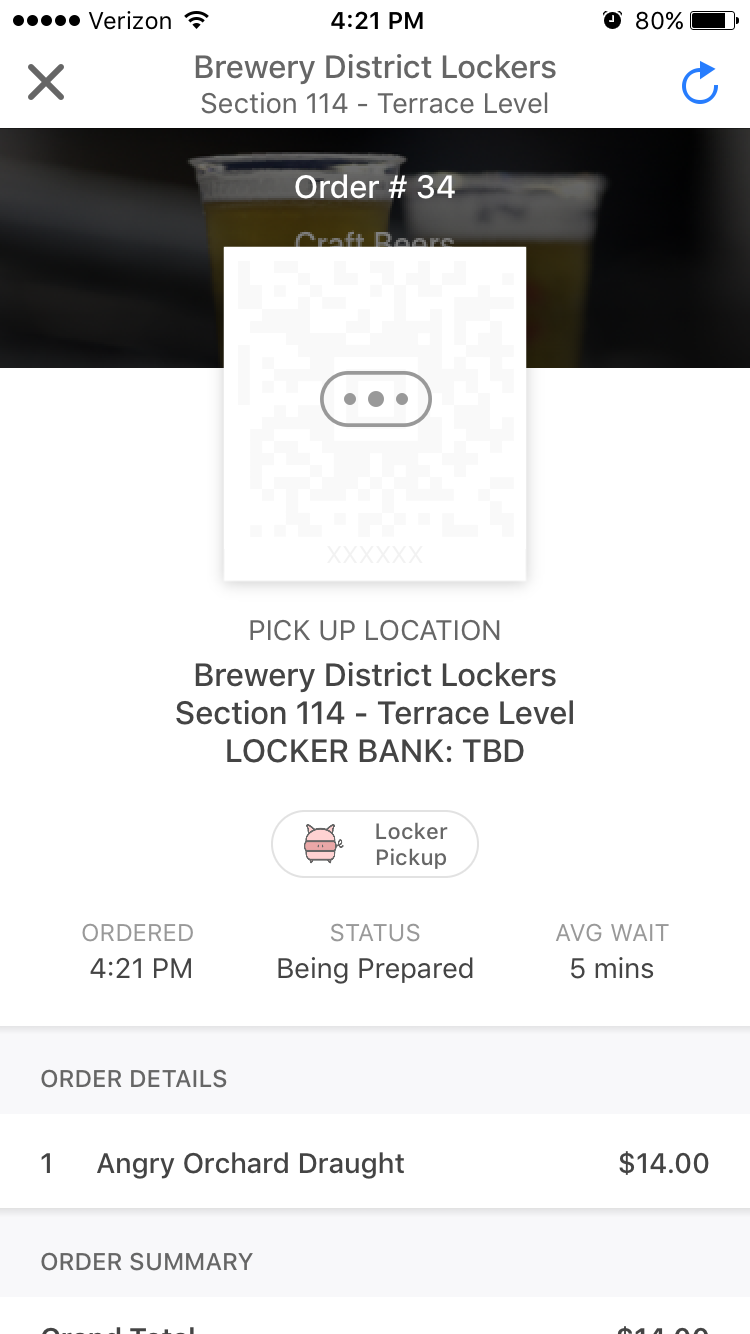 I now have a whole new set of complaints.

Oh, and there won’t be magically appearing buns in kiosks, but I will be nonfictioning at Cincinnati’s Memorial Hall next Monday, January 22 at 7:30. I would love to see you there because people who pay money to heat me talk are people I do want to meet. The sponsoring company, True Theatre, is now looking for baseball stories for its next show, so gather up all that WAR angst and unleash it here.