1970: The Reds acquired Bill Harrelson and Dan Loomer from the Angels in exchange for Jack Fisher. I’m not sure why I’m even wasting your time by mentioning this deal, except that none of the players ever played in the majors again after this trade. Fisher had gone 5-5 with a 5.50 ERA for an 89-win Reds club in 1969. Loomer was a middle infielder who never reached the big leagues. Harrelson was a right-handed pitcher who reached the big leagues at age 22, but never established himself, even in that pitcher-friendly era.

As an example of how long we’ve been around, and how much we’ve tried to focus on Reds history here at the Nation: somehow Jack Fisher, who only pitched in 34 lackluster games for the Reds, has been mentioned in four (now five) separate posts here.

Samuel had most recently been a member of the Kansas City Royals, but he was a three-time All-Star with the Phillies and Dodgers earlier in his career. Samuel is mostly remembered for his time in Philadelphia, where he finished second in Rookie of the Year voting in 1984, losing out to the brilliant Dwight Gooden. He had some pop (career-high 28 homers in 1987), and he could run (he led the league in triples twice, and stole 72 bases in his rookie season). But he also led the league in strikeouts in each of his first four full seasons, and his career OBP of .315 was nothing to write home about.

In 103 games for the 1993 Reds (who finished 73-89, fifth place in the National League West), the 32-year old Samuel hit only .230/.298/.345, posting -0.7 WAR. He wasn’t good. The following season, Samuel was allowed to leave as a free agent, and the Reds handed second base over to the recently-acquired Bret Boone, who held the position for five seasons. Samuel played five more seasons in the big leagues, retiring in 1998 after 16 big league seasons 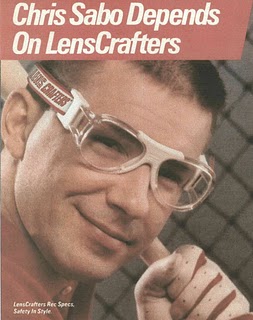 Sabo, a member of the Reds Hall of Fame, was also a member of the Teenage Chad Favorite Player Club. I loved that guy, for many of the same reasons that he became such a fan favorite in the Queen City during his tenure as a Red. Rookie of the Year in 1988, Sabo was a three-time All-Star and key contributor to the 1990 World Champions.

Sabo would return to Cincinnati for his final big league season in 1996, hitting .256/.354/.400 with three home runs in 56 games for a Reds team that finished 81-81 under Ray Knight, one season after manager Davey Johnson led the Reds to the National League Championship Series. (Ray Knight was not the best manager in Reds history.) 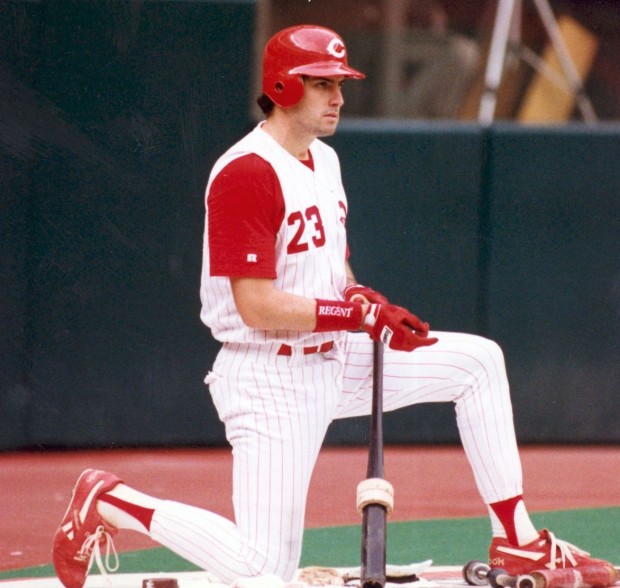 Much like Sabo, Morris was returning to the Reds after previously establishing himself as a standout performer with the club before leaving. Morris hit .340 as a rookie for the 1990 Champion Reds, and went on to hit .307/.363/.448 over his first eight seasons in Cincinnati. He spent one season in Kansas City before returning to Cincinnati, but he was largely ineffective in parts of two seasons before the Reds sold him to Detroit in 2000, where he finished his career.

Among players with at least 3000 plate appearances for the franchise, Morris ranks seventh on the club’s all-time batting average list (.305).