Our budget-conscious mother sewed, cobbled together, or recycled our Halloween costumes, which by 2017 standards isnÃ¢â‚¬â„¢t just Earth-friendly, it was life-saving.

Instead of shipping us out the door sheathed in flammable plastic to walk amongst a dark neighborhood rife with candles, she sent us into the night well-equipped to flee the potential razor blades buried in the tiny Mr. Goodbars. And, you see, I have lived to tell the tale. My sister’s children not only have cuddly, maskless costumes, but they tend to ride onto the shelves of Wal-Mart so indestructible we should probably use them to construct hospitals.

This 1984 Cabbage Patch Kids Halloween costume, for example, consists of my own sweatsuit, modified with a mop and cardboard on a string.

Also by 2017 standards, this probably somehow racist and sexist and appropriating the culture of orphans raised amongst vegetables. You couldnÃ¢â‚¬â„¢t get away with this today.

Another thing you couldnÃ¢â‚¬â„¢t get away with today?Ã‚Â  A men-only, straight-up religious ceremony in the middle of an MLB ballpark. 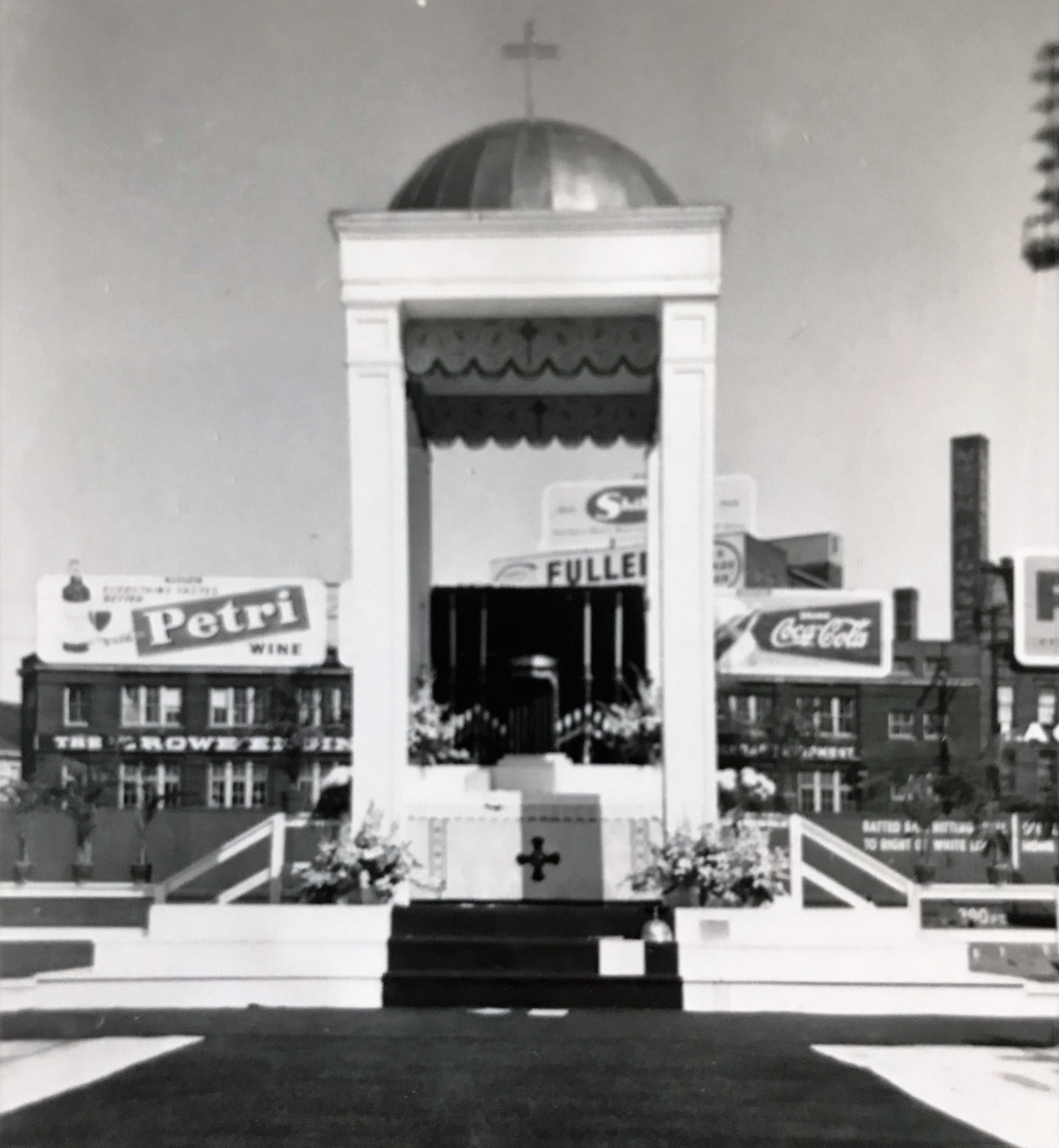 Altar at second base, Crosley Field, 1955

Crosley Field, each October. The all-Catholic, all the time Annual Parade of the Holy Name Society–the Holy Name Parade–wound its way through the narrow German streets and ended with all-Catholic, all the time Benediction at second base. (In hindsight, this perhaps explains something about the mysterious greatness of Joe Morgan.) This is the modern-day equivalent of performing a bris before the coin toss on the fifty yard line of Paul Brown Stadium: A 2017 impossibility.

It was the Catholic social event of the fall for decades. There were bands and flag corps and entire parishes turned out Ã¢â‚¬Å“to renew their Holy Name pledge against unclean speech and receive the blessing of their God at the altar.Ã¢â‚¬Â That this took place at a sporting venue was done entirely without irony and without Redzilla. The Archbishop showed up. It was broadcast on the radio. People brought snacks.

People also thought absolutely nothing of mashing a religious moment into a secular place, but in our past, in Cincinnati, this is what we did. Parishes from white, black, Irish, Italian, German, and 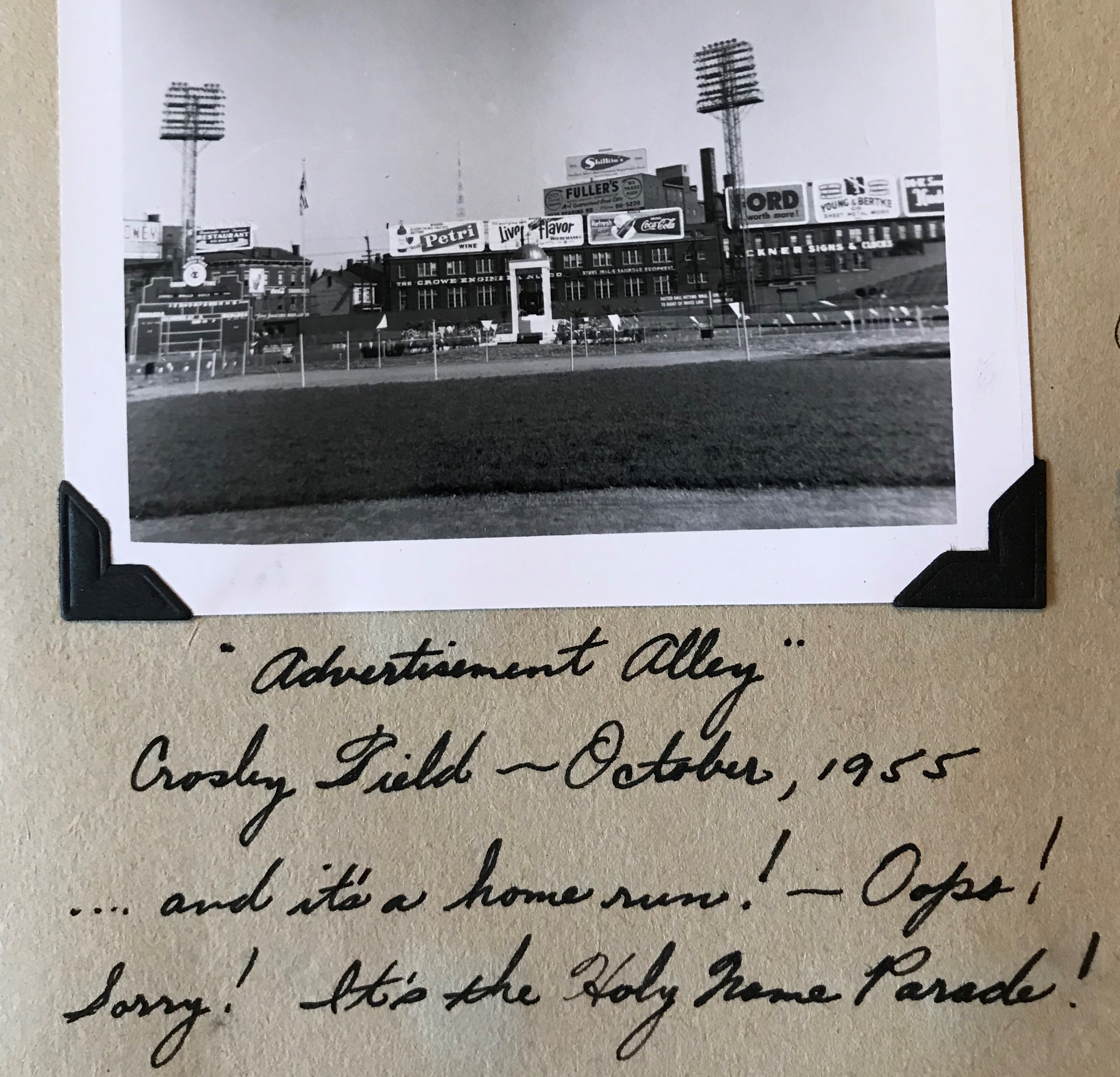 Hispanic neighborhoods walked together from the earliest moments of the twentieth century. No one rioted. No one thought this an inappropriate de-compartmentalization of religion, baseball, and civic life.

Most astoundingly for our 2017 sensibilities, the Holy Name Parade wasnÃ¢â‚¬â„¢t staged as a cultural takeover. The event was so well-populated between the men who marched and the women who met them for Benediction that joining forces at the nearest outdoor gathering space, Crosley Field, simply made sense. Not only were there enough seminarians in the Archdiocese to fill the parishes, they formed anÃ‚Â entire parade bloc. It was an annual event sufficiently weighty to not only appear in my motherÃ¢â‚¬â„¢s 1955 scrapbook, but to command several pages of it.

The Holy Name Parade vanished around the same time Crosley did, just as the Church loosened, then entirely lost, its grip on the social doings of American Catholics. Scandal and living-room sanctuaries took the place of lace cassocks and meatless Fridays, and for some the rolling of the political Twitter feeds have taken the place of even the Godliest church, temple, or mosque. I leave it to you to decide if thatÃ¢â‚¬â„¢s a good thing or a bad thingÃ¢â‚¬â€or a bit of both. 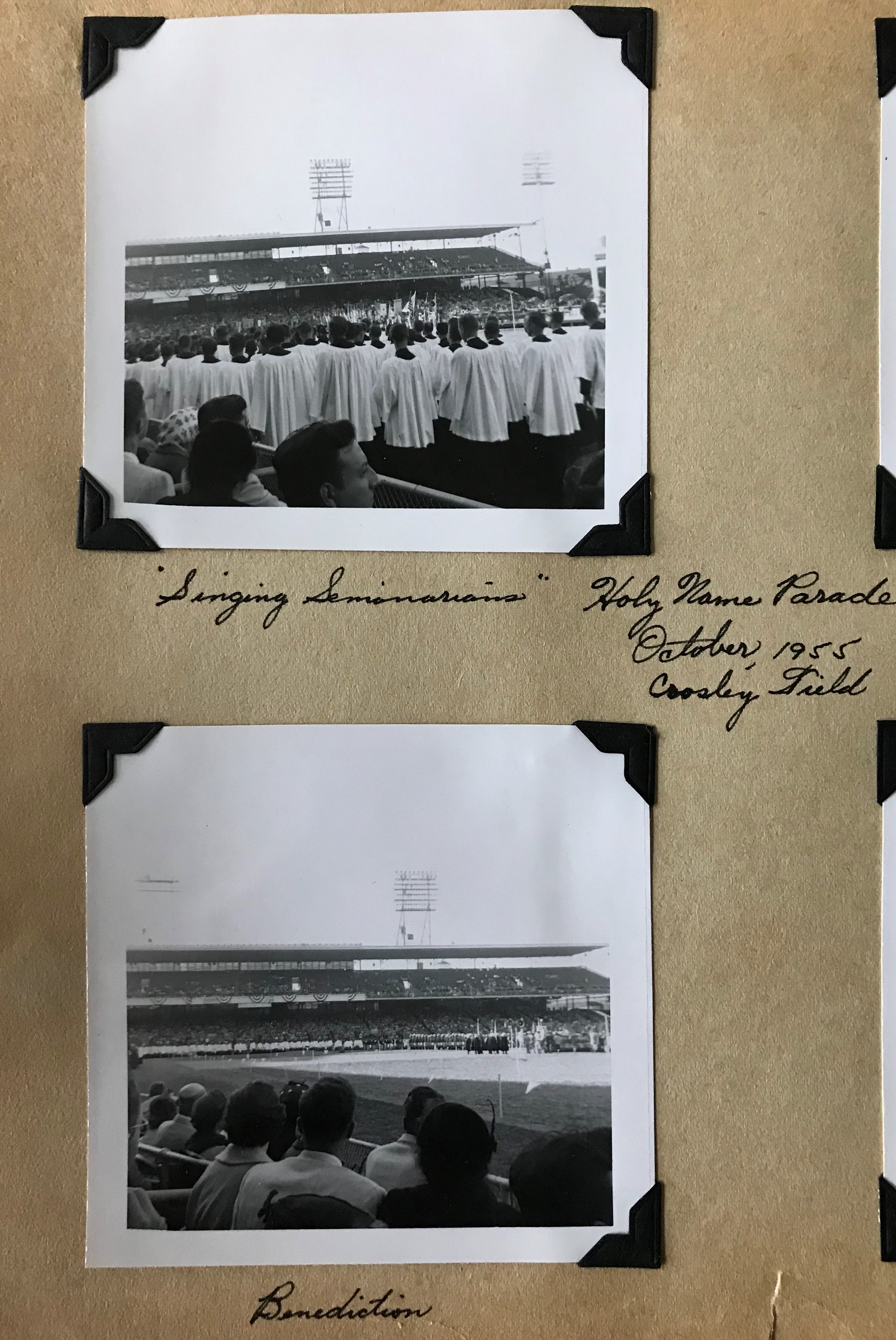 the vapor trail of the Holy Name Parade, but this is a general Protestant event, a catch-all Christian contemporary concert which is more live music attraction than religious ceremony. It seems no more denominational than NASCAR events or the all-pop-culture-on-deck Star Wars Weekend. Still, itÃ¢â‚¬â„¢s shocking to see such a thing directly tied to ticket sales, and I wonder how much longer it shall live.

All I know is I married a Lutheran in a Catholic ceremony without much ecclesiastical fuss, an unthinkable event when my mother pasted her photos in 1955. He has allowed himself to be absorbed into Reds fandom with little complaint.

I also know the Holy Name Parade returned in 2015. These days, it starts at one Catholic church and ends at another.