Well this is it, folks. The last Regularly Scheduled Rain Delay of the 2017 Major League Baseball season. There’s been ups; there’s been downs; there’s been more downs and more downs and then the Reds finished with the fifth worst record in the league, which is an up from last year but a down in general. It’s been a ride is what I’m trying to say.

Hopefully, this weekly column has provided you some sense of joy or mirth or purpose against the abysmal backdrop that was the 2017 Reds. It probably didn’t if we’re being honest with ourselves.

But I’ve certainly enjoyed writing it regardless. Every writer has to start somewhere, and an 8 a.m. humor column lacking any humor seems like as good a place as any. Thank you to Chad and Steve for giving me this space to peddle my nonsense Ã¢â‚¬â€ it truly has been a gift.

All of that being said, I figured I would take this last bit of space to write a manifesto of sorts for how we as fans should treat the 2018 Reds. Unrelated, but everyone should read the Vorticist Manifesto. Highlights include “Bless the Hairdresser. He attacks Mother Nature for a small fee.” Profound stuff really.

A MANIFESTO FOR REDS FANS OF THE FUTURE

To ascribe heroism in the annals of Red Stocking history to a man who has never once donned the oddly curved “C” feels at best asinine and at worst all too apt. And yet, Archie Bradley Ã¢â‚¬â€ he of amber beard and shaven head, of viper strength and snake bit fear Ã¢â‚¬â€ has provided for the dejected Reds’ fan a way forward.

You see, Bradley was on top of the world. He had three-bagged home two runs putting his team one win away from further life. He had done it as the most unlikely of men.

But then, when given the pulpit to demonstrate his true vocation to the thousands of Arizona faithful, Bradley met his maker. Dinger and then dinger again flew out of the yard. Bradley sat perplexed, his abilities haven forsaken him and his moment in the pantheon fleeting away.

For the frenetic Reds’ fan, this lesson cannot be learned too quickly: Do not forget the heroics by dwelling on the shortcomings because the status quo is not objectionable.

Over the long course of history, the Reds’ status quo is one of greatness. The team has ebbed and flowed, risen and fallen, but never given up. Two of the most legendary baseball teams of all time have blossomed in this city Ã¢â‚¬â€ excellence pulses through its veins. Remember that 2018 Reds’ fan Ã¢â‚¬â€ You have never been part of baseballs’ proletariat and so your intentions must be as follows:

I’m going to fine myself in this final judgment for a litany of offenses:

For full transparency, I am going to serve none of those fines. Sorry.

Fantasy BaseballÃ‚Â Ã¢â‚¬â€ I finished second to last in the league. Thanks for nothing guys.

Authorial Views Ã¢â‚¬â€Ã‚Â You’ve gotten the best of me Matt Wilkes. It was a fight well fought, but I will be returning with a vengeance next year. 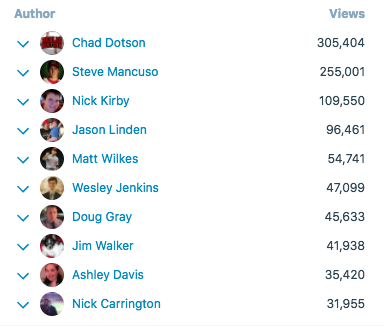