In the most recent chapter of the Red Sox-Yankees rivalry, the ghost of Steve Jobs has come back to undermine the very integrity of our national pastime! Or, you know, baseball finally moved into the 21st century with its age old practice of stealing signs.

I’ve always found the outrage around one team or another’s so-called cheating to be ridiculous because baseball is so much more amusing when teams cheat. Why else have coded signs for pitches unless you knew the other team was trying to steal them? Catching a team stealing signs is like catching an iguana sunbathing or catching Bronson Arroyo playing the guitar. Yeah it doesn’t happen all the time, but it happens enough for this surprise to be borderline ignorant.

That said, the revelation that the Red Sox used an Apple Watch to aid in their particular competitive advantage is hilarious in two ways: a) Is there any dorkier way to steal signs than with an Apple Watch? And b), stealing signs has gotten way too complicated Ã¢â‚¬â€ binoculars only cost like $30 tops and are a much more cost-effective way to cheat.

In the spirit of part b, I wanted to take time in this column this week to help the Reds determine what specific cost-effective way they should steal signs in the future. After all, if everyone else is doing it, why shouldn’t we?

This section will be a little bit different than it has been in the past in that you, dear reader, won’t be determining a reflection on yourself but on yourself if you were the general manager of the Reds. Think of this as a thought exercise where you’re the Reds GM and you consult your horoscope to dictate the direction of the club. Or for simplicity’s sake, you’re just the Reds GM Ã¢â‚¬â€ the rest is implied.

The remaining rules stay the same:

Get your managerial caps on and pretend I’m Annalise Keating because we’re going a’sign stealing.

Question 1: How do you feel about the Reds keeping Bryan Price?

Question 2: The Reds should trade Luis Castillo for….

Question 3: Are the Patriots the most annoying team in the National Football League?

Question 4: If anything could come out of your belly button, what would it be?

Answers at the end of the article 🙂

The other day, the Reds played a baseball game that is generally is won with hitting and run scoring. The Reds did both of those things early and better than the other team, the Brewers in this situation. But then they stopped doing those things, allowing the Brewers to do those things, gradually letting the game slip away.

In comes Billy Hamilton, a baseballer readily skilled at fielding but not so skilled at hitting and run scoring in contrast to the rest of the Reds lineup. But Billy did the one thing no one supposed him to do Ã¢â‚¬â€ hit a walkoff home run to win the game.

This Kangaroo Court fine then goes against everyone not named Billy Hamilton for making Billy Hamilton bail them out of not having done their jobs. As penance, each must race Hamilton until someone beats him. It’s high school sprints all over again at Great American Ballpark.

Fantasy BaseballÃ‚Â Ã¢â‚¬â€ So I’ve pivoted to fantasy football now because ’tis the season, but I forgot my draft was last night and ended up with a team consisting of Tom Brady, Travis Kelce, and a bunch of scrubs. Fantasy sports is not my forte.

Authorial ViewsÃ‚Â Ã¢â‚¬â€ I’ve firmly thudded into sixth place. With so little of the season left, it’ll be an uphill climb back into the top 5. But I can do it. I believe. 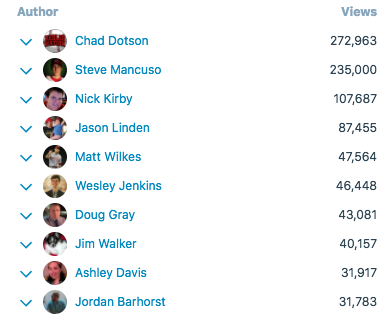 5-8 points: You appreciate technology and the cutting edge, and so you would advocate for a system of drones that steal opponents signs. All you have to do is fit a long range camera onto a drone and then have it hover just far enough away from the ballpark to avoid detection and boom, ingenious cheating.

9-12 points: You don’t really care about stealing signs. The Reds are going to lose regardless. Why even bother?

13-16 points: Make one of the other team’s scouts turn traitor. Use all the tools in your possession. Offer him more money, threaten something, give him purpose Ã¢â‚¬â€ whatever you need to get those signs. Baseball isn’t just a game; it’s war.

17-20 points: Smoke signals sent from the smokestacks. A man in the Toyota will wait with binoculars, decoding the other team’s signs. He will then relay the coming pitch to the smokestack operator, who will release a coordinated assault of smoke signal to let the Reds’ batter know what’s coming. The older the method, the more incorruptible, your reasoning goes.