For only the third time in the Bryan Price era, the Reds had a winning record in a month. I know this because I follow Joel Luckhaupt on Twitter:

Breaking a string of 6 straight losing months. Only their 3rd winning month under Price. https://t.co/8mSti1WWE2

By virtue of simple rarity, I briefly considered including Bryan Price in the contestants of this August edition of “Who Won the month?” It’s only the third time! Bryan had a good month! But then I realized that rewarding one instance of success after a prolonged period of mediocrity was probably bad policy. (Was this entire paragraph a Zack Cozart subtweet? I don’t know, but this article could help add some clarity.)

Anyway, Bryan Price does not make the contestant list for “Who Won August?” because August was the month of up-and-comers and Joey Votto. Which is kind of like every month in the Reds’ world, except this time the up-and-comers actually performed well.

I maintain that seeding doesn’t matter in these posts, so we’ll stick with the age motif and rank the four from oldest to youngest if you invert the numbers of their actual age. (So Luis Castillo is 24, making his seeding age 42.)

Bob Steve has pitched to the tune of a 1.96 ERA and .177 opponent average in the month of August, and that’s more than enough to cruise him into the final round. This version of Bob Steve is the version Reds’ fans have been promised since he was drafted in the first round six years ago. He’s only done it over 18.1 innings though, so small sample size rules definitely apply, but it’s still exciting to see Bob Steve turn it around.

As for Sal Romano, he’s had a fantastic second half of August, posting a 2.70 ERA in his last three starts and picking up two wins as well. However, his first half of August was a bit more disastrous, with a 7.94 ERA and three losses in three starts. Romano is young, and his second half has been so promising for Reds’ fans, but it’s not quite his time to shine.

Luis Castillo has a 2.76 ERA, .175 opponent average, and a 26.9 K% in nearly 30 innings this month. The kid is for real, but I also recognize that all of the hype around Castillo may only lead to outsized expectations and ultimately disappointment. Therefore, Castillo is not allowed to win anything or receive any undue congratulations before proving that this success carries into 2018.

Also, Joey Votto does things like this, so it’s not like it is a stretch to say he won the month:

Bob Steve is great, but here’s a list of things Joey Votto has done in the month of August:

For those in Cincy, you will notice that Joey Votto's on-base percentage is currently blocking 90% of the sun's light. #SolarEclipse2017 pic.twitter.com/tutv2x4J0x

Zack Cozart was not traded during the 2017 Major League Baseball season. Whatever happens this offseason, whether Zack comes back to the Reds or goes elsewhere, the Reds missed their one chance to capitalize on his fantastic 2017 campaign and build for the future at low cost. Granted, there were completely valid reasons that Zack wasn’t moved, but it still feels like a missed opportunity.

Fine:Ã‚Â GM Dick Williams should trade for Mike Trout as penance. Now that the Angels have Justin Upton, there’s a surplus. (How many times can I make this joke before it’s no longer relevant? Two? Three more times?)

Authorial ViewsÃ‚Â Ã¢â‚¬â€ It’s going to be a photo finish! Matt Wilkes has fallen back, but still sits less than 100 below! Is this more exciting than the Reds’ September?!? (No Ã¢â‚¬â€ the answer is no.) 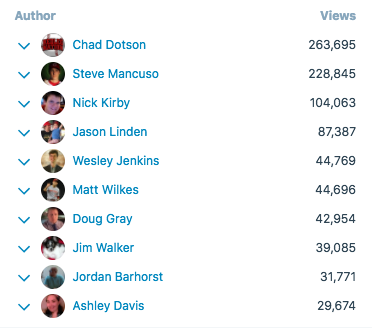