The Good
–Another strong outing for Bob Stephenson: six innings, two runs allowed on five hits. He struck out 7 and walked 3, and picked up the win over Jacob deGrom. Still some issues with command, but he’s making progress.

–Joey Votto (34) and Stuart Turner (2) each homered. Turner’s was a two-run blast in the eighth inning that provided the final margin of victory.

–Classic BillyBall run in the 3rd inning. Hamilton singled to lead off the frame, and promptly stole second. Votto grounded to Mets shortstop Amed Rosario, who rushed the throw, trying to get Hamilton at third. The throw got away, and Hamilton scored on the error.

The Bad
–Nothing bad.

As Joel Luckhaupt noted, that broke a string of six consecutive losing months for this franchise. It was only their third winning month since Bryan Price was hired.

–Good timing by Bob Steve, given the fact that I talked about the progress from the young pitchers just this morning. I’m getting kinda excited about Stephenson, Luis Castillo, Tyler Mahle, and Sal Romano.

–I presume we’ll hear the entire story at some point, but there was a poignant moment during today’s game. There was an adorable young fan behind home plate today — I don’t want to make any assumptions, but he appeared to be six or seven years old and didn’t have any hair. Early in the game, Votto handed him a baseball.

Joey Votto is the bestest. 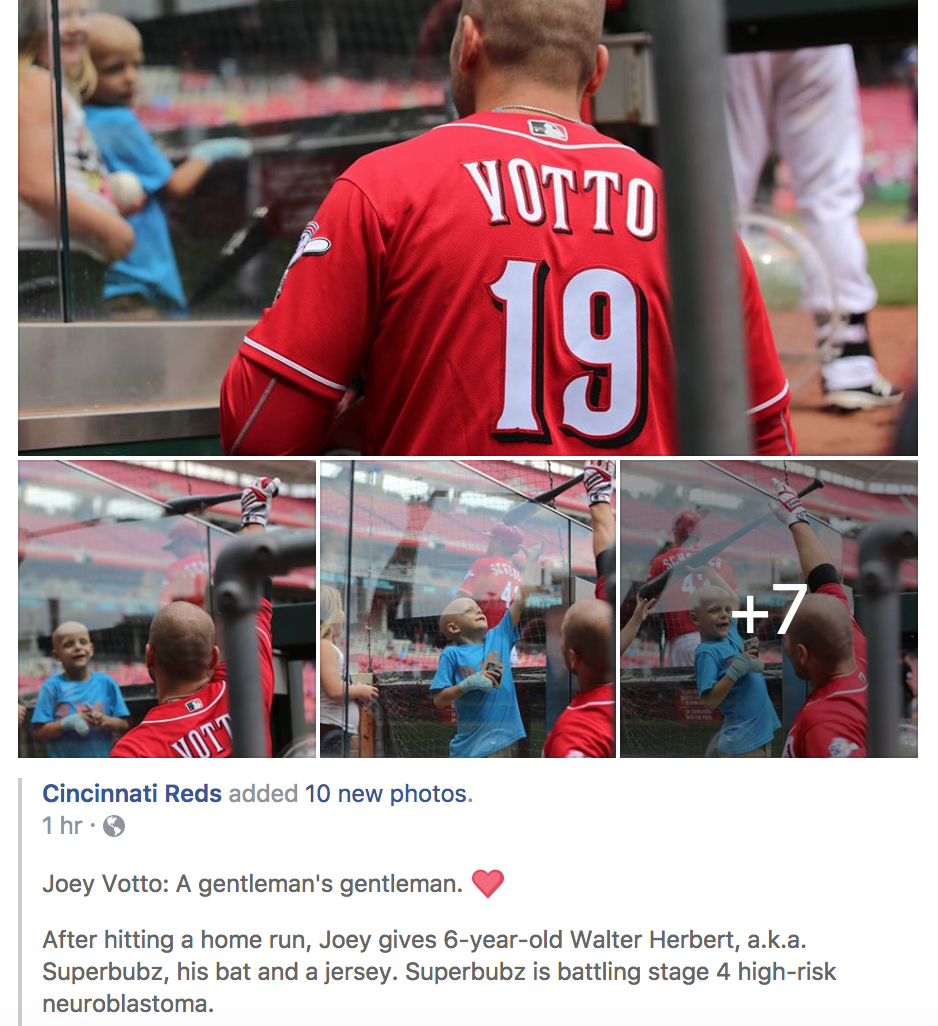 –Reds will now head to Pittsburgh for a weekend series. Luis Castillo will start tomorrow night. (And if the raindrops cancel my kids’ baseball/softball tournaments, I’m going to try to head up to Pittsburgh myself.)

I'm encouraged by the Reds pitching this series, but the Mets' offense is so bad that I'm not sure it means too much.