Reds catchers are having a momentous month of August. Devin Mesoraco’s wife gave birth to the couple’s child (Luke) on August 7. Stuart Turner spent last weekend on the paternity list, as he and his wife welcomed their first son. And Tucker Barnhart’s wife isÃ‚Â due with their first sonÃ‚Â later this week.Ã‚Â

What was once an interesting sidebar became a potential dilemma when Mesoraco suffered a broken foot on August 14 — there was a real possibility that the Reds could have been without all three of their rostered catchers for one or more games.

The crisis was averted when Danielle Turner gave birth last weekend — andÃ‚Â Sierra Barnhart didn’t. The Reds called up AAA catcherÃ‚Â Chad WallachÃ‚Â to back up Tucker Barnhart, and will presumably pair Wallach with Turner next weekend when Barnhart takes his paternity leave.

GM Dick Williams had enough organizational depth and roster flexibility to get through the weekend. But on one occasion, the Reds took a different path. 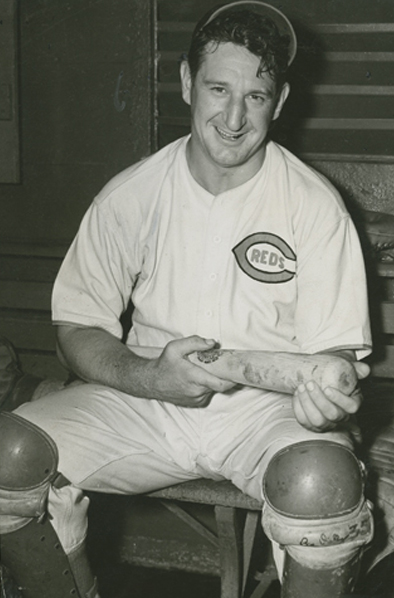 The 1940 Reds had jumped out to a healthy lead by mid-July, withÃ‚Â future Hall of Famer Ernie Lombardi behind the plate. But Lombardi struggled all year with nagging injuries, and after the tragic suicide of backupÃ‚Â catcher Willard HershbergerÃ‚Â on August 3, manager Bill McKechnieÃ‚Â had no choice but to ride Big Lom. Rookie Bill Baker had been overmatched at the plate, so theÃ‚Â 32 year-old “Schnozz” appeared in 29 of the Reds’ next 31 games. Ã‚Â

Lombardi hit (he always did), and the Reds stretched their NL lead, but the big veteran couldn’t hold up to the workload. Rather than rely on Baker, the Reds turned to a member of their coaching staff, 40-year-old Jimmie Wilson. Wilson had caught for fourteen seasons in the majors, mostly as a backup, and had been the player-manager of the Phillies from 1934-38. 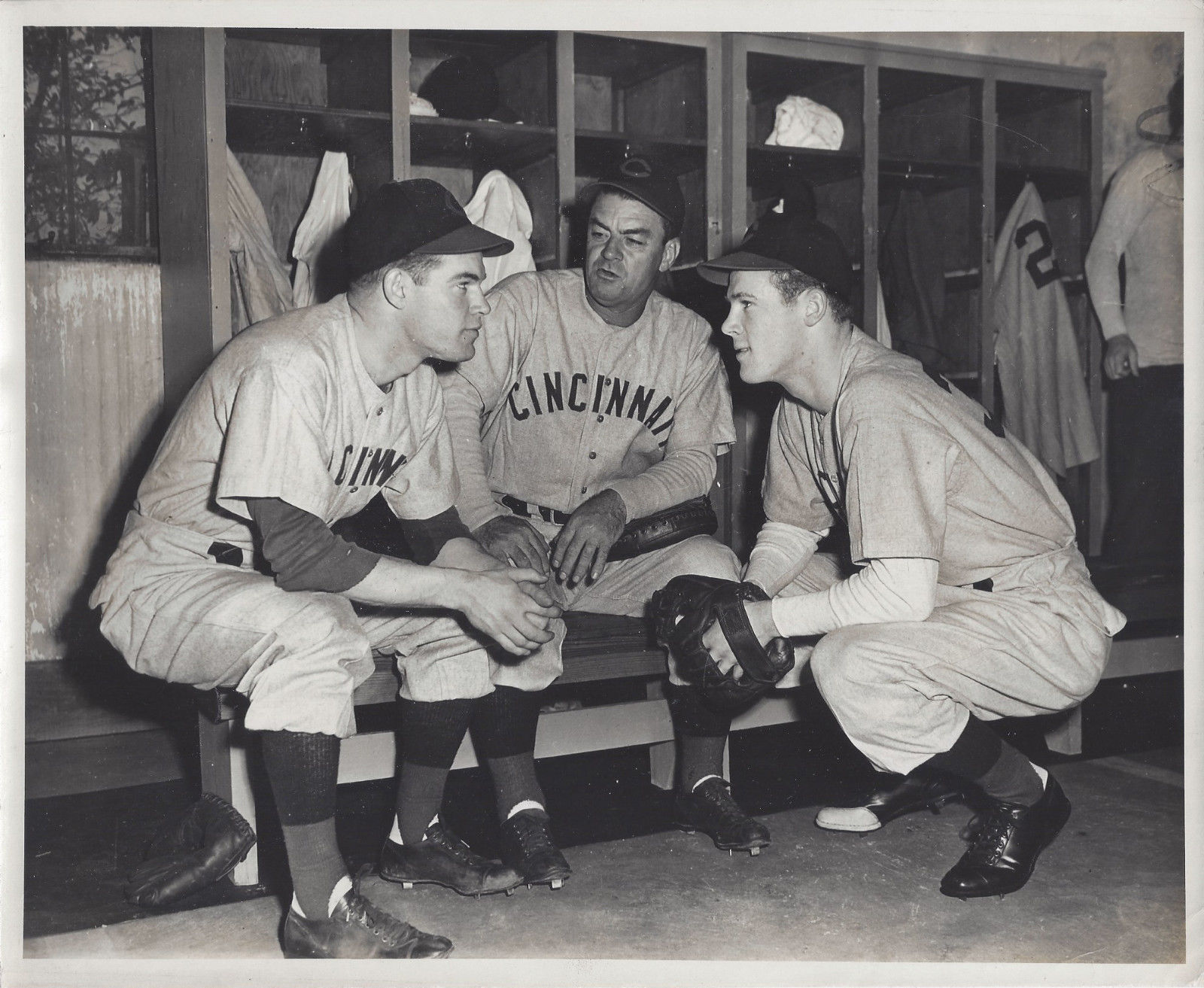 But Wilson only made a handful of pinch hit appearances in 1938-39, catching just three innings over his last two seasons as an “active” player. After he came out of retirement, Wilson didn’t hit much (.243/.282/.297), but he handled the Reds great pitchers capably, and the Reds went 12-3 when he played. They didnÃ¢â‚¬â„¢t lose a single time when Wilson played the entire game.

But the workload quickly took a toll. Wilson pulled a muscle after just three starts and missed a week. Yet only a few days later, after Lombardi badly sprained his ankle, Wilson caught 33 innings in a three-day stretch.

Without much choice, Wilson kept taking the field. By the start of the World Series against the Tigers, he was spending multiple hours every day in the training room with “Doc” Rhode. The treatment paid off, and WilsonÃ‚Â started six of the seven games against the Tigers.

He didn’t just fill space. He hit .353,Ã‚Â and was the unlikely hero of Game Seven, getting two hits, stealing a base, and a laying down the key seventh inning sacrifice bunt that let a pinch-hitting Lombardi drive in the Series-winning run.

Wilson received that stolen second base as a souvenir, but never played again. In fact, he never again wore a Reds uniform, as he was hired to manage the Cubs for 1941. Sadly, he died of a heart attack just a few years later, at age 46.

I’m thrilled that Chad Wallach got his big break, and that his dad was there to see it, but there’s a part of me that would’ve liked to have seen one more game from Corky Miller, or catching coach Mike Stefanski.

To learn about Jimmie Wilson’s greatest contribution to Reds history and other great stories about the 1940 World Series, stay tuned forÃ‚Â The Big 50: Cincinnati Reds -Ã‚Â The Men and Moments that Made the Cincinnati Reds, coming from Triumph Books in spring 2018.