As we traverse that narrow bridge when baseball and football overlap, the National Anthem has now become a controversy. Should we even play it anymore? Ã‚Â If so, should we televise it?

I will tell you what I think by sharing with you a man who kept a worn leather glove in his bottom dresser drawer, a man who reminds me of the best of America.

My father grew in the military. Many people can say this, and they are speaking trueÃ¢â‚¬â€their fathers grew emotionally, or in skill, or even spiritually.

But I mean that my father actually, physically grew– an entire inch, and this in his 20Ã¢â‚¬â„¢s, when growing that direction is usually well and done. The background he escaped so wasÃ‚Â sparse and ill-nourished, in every possible way, that MREÃ¢â‚¬â„¢s were a dietary bounty. His citation for attendance was kept lovingly crumple-free for over forty years.

He honored the growing. A medic at MacDill Air Force Base for four years, he did not throw 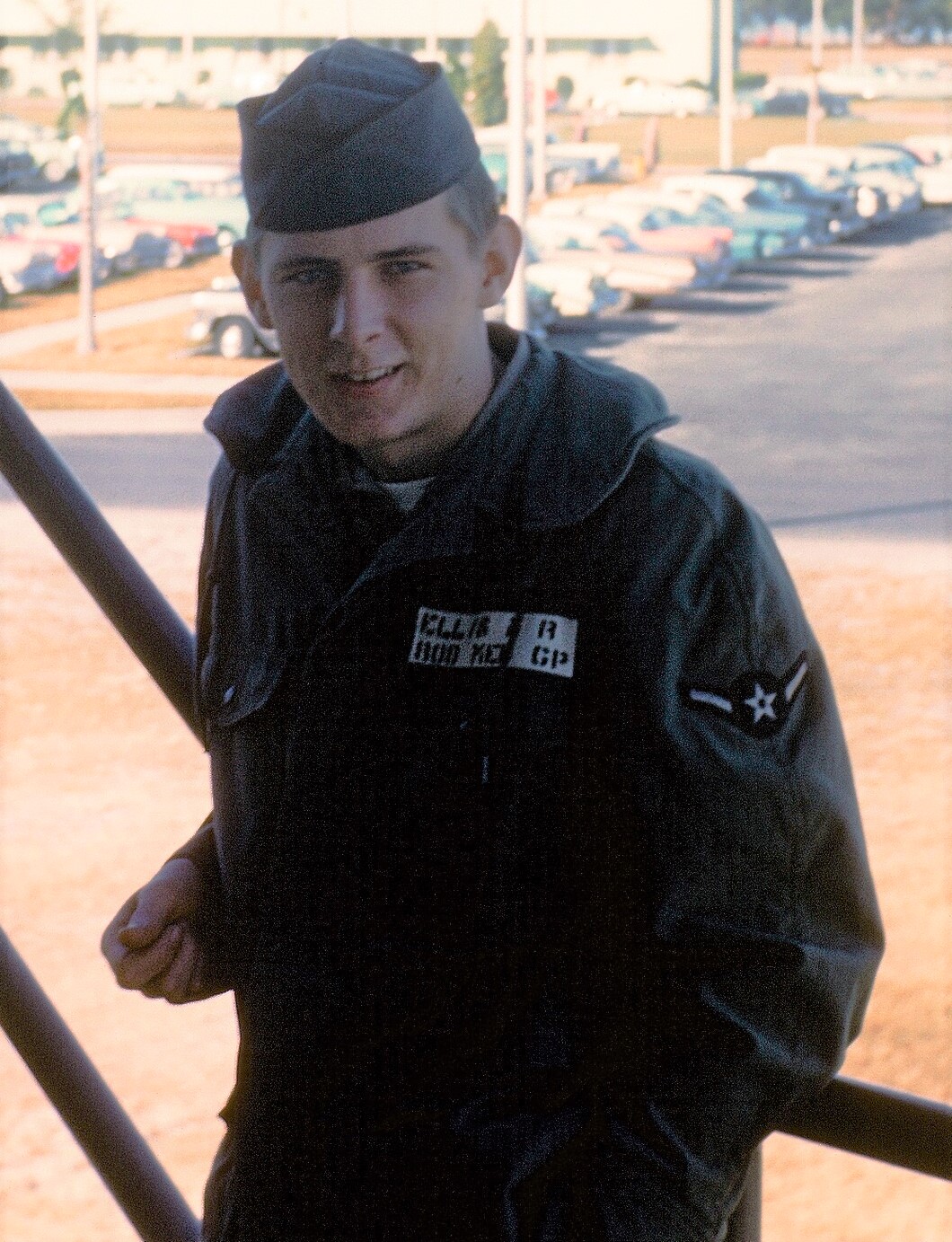 away a single object pertaining to his military career. He saved it all, from his uniform to the bus tickets which carried him to basic training to meal vouchers for a long-closed mess hall, as though terrified that someone would take it all away, make the whole four years un-happen. He lived 69 years and the period of 1960 to 1964 is by far the most meticulously documented.

The bus ticket, when I found it after his death, cut my heart from ventricle to vein. He’d escaped, but even as we escape, we twist back to see the damaged landscape from which weÃ¢â‚¬â„¢ve managed to extricate ourselvesÃ¢â‚¬â€the jagged hollows in the terrain, the structures still burning.Ã‚Â  What was he seeing over his shoulder during that bus ride from Cincinnati to Lackland Air Force Base, and what were the terrors beyond the seat in front of him as he crossed into San Antonio?

I canÃ¢â‚¬â„¢t have comforted him as he traveled in this suspended state, one life to another, but I like to think that at one point in the journey, in a dim bus station some point South, someone did.Ã‚Â  Someone was human to him, someone smiled, someone said, Ã¢â‚¬Å“IÃ¢â‚¬â„¢m glad youÃ¢â‚¬â„¢re here.Ã¢â‚¬Â If this happenedÃ¢â‚¬â€I hope this happenedÃ¢â‚¬â€it was at a USO.

Much later, after my father was buried in a casket draped in an American flag, I was offered the chance to welcome my young traveling father in spirit.Ã‚Â  In four-hour shifts, I sit at the USO in Terminal B of CincinnatiÃ¢â‚¬â„¢s airport. Sometimes I see over twenty service members a day. Sometimes none. They come. They go. I donÃ¢â‚¬â„¢t know if any are on their way to basic training or a final tour. Few are in uniform. The vast majority just want coffee. They sign in, they smile, they say Ã¢â‚¬Å“Thank you, maÃ¢â‚¬â„¢am,Ã¢â‚¬Â and stare up at the television. I point to the frozen meals in the refrigerator, offer tissues, offer water and coffee and gum. They take it, or not. For the most part, they sit.

My father grew in the Air Force because he was treated as an individual human being of worth.Ã‚Â  He was, for perhaps the first time in his life, seen.Ã‚Â  And so as I sit behind the desk and another tired soul drags a wheeled duffel across the threshold, I look. I look very carefully. For all the candy bars and bags of chips and bottles of hand sanitizer on the shelves behind me, it is the best thing I can offer. In many ways, it is the only thing I can offer.

I’ve written before about how even the most jaded celebrities just want to be seen. That’s a human trait. It belongs to ball players. It belongs to privates just off the plane from basic.

I see you, exhausted woman with the long hair who leaned a few moments next to her backpack with her hands over her face.

I see you, Coast Guard dad en route to a six month deployment. I see you showing a picture of your two-month-old to the Marine heading to DC.

I see you, entire military family bumped from your flight for the fourth time.

I see you, snowbound member of the Army who says nothing, looks at everything, and flinches when the airport loudspeaker makes an announcement about the moving walkway.

Concourse B is usually empty by 6 PM and deserted by 8 PM. The shops and restaurants close even before dinner, the Golden Arches gone dim, the television sets in the gift shop silent and dark. When I depart the USO, itÃ¢â‚¬â„¢s through a wide corridor built for busier days. No one sees me go.

But I know I was there, and I think my father, somewhere clutching his medical kit with the liquids inside forever congealed within the bottles, does too.

We’ve got our problems. We’ve got bad baseball and we’ve got yelly people.

And, thanks to my father and flickering images of people helping others out of Texas floodwater despite their who they are and where they’re from–we’ve got each other.