Joey Votto is perhaps the greatest Red in the history of all Reds. You may want to say Joe Morgan or Pete Rose or Johnny Bench or Barry Larkin, but you would be wrong because none of them are Joey Votto. Not only is Joey Votto just a step below the great Ted Williams (RIP two times on base streak), but also he has the best sense of humor of any baseballer IÃ¢â‚¬â„¢ve ever seen.

I love my Reds for their on-field heroics AND their personality.

Anyway, this week, every possible side of Joey Votto has been on display. ThereÃ¢â‚¬â„¢s the world-beating greatness (tying Barry Bonds), the transcendence (doubling against a four man outfield), the quirks (throwing a foul ball out of the stadium) and the downright savagery. (This actually hasnÃ¢â‚¬â„¢t been on display this week, but itÃ¢â‚¬â„¢s there. ItÃ¢â‚¬â„¢s always there.)

With all the praise and the plaudits that JoeyÃ¢â‚¬â„¢s been getting, I figured it was as good a time as any to walk back down memory lane and find out which side of Joey Votto you most embody. Bask in his grandeur and be thankful heÃ¢â‚¬â„¢s a Red until the end of time.

Quick rules since itÃ¢â‚¬â„¢s been awhile:

[some sort of snappy interlude] Alright and now to the quiz!

Question 1: Who is your non-Joey Votto favorite Red of the past five years?

Question 2: If you have fielded a foul ball, what do you do with it?

Joey won't rest until he sends one into orbit. Ã°Å¸Å’â€”Ã°Å¸â€ºÂ° pic.twitter.com/dmHLEymZ1G

Question 4: You get a call in the middle of Game of Thrones a la Tyler Clippard (or your own favorite show, which is presumably still Game of Thrones). What is the minimum def con level needed for you to pick?

There is nothing more entertaining than a position player pitching, and Scooter Gennett surely lived up to the billing with his appearance earlier this week. If the appearance itself werenÃ¢â‚¬â„¢t enough, his stubborn insistence that his fastball topped 90 and that the radar gun readings in the mid-60s were Ã¢â‚¬Å“fake newsÃ¢â‚¬Â made it all the better.

However, I must fine Scooter this week because he failed to cross the one position player pitching benchmark that is held dear: Do better than Adam Dunn.

The Dunner wins another one, and no matter his insistence, Scooter will be fined.

Fine: Scooter must publicly renounce his folk legend status and return it to its rightful owner: Joey Votto.

Fantasy BaseballÃ‚Â Ã¢â‚¬â€ The trade deadline is tomorrow and I still have Travis Shaw, Whit Merrifield, and Chris Taylor on my team, I have not been built for success.

Authorial ViewsÃ‚Â Ã¢â‚¬â€ I was so focused on Jason Linden and Doug Gray that Matt Wilkes came out of nowhere. This season will be a race to the finish Ã¢â‚¬â€ who will claim the fifth spot? 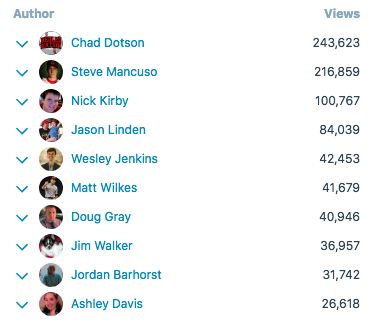 5-8 points: You’re transcendent Joey. You know what needs to be done and you know that you’re the best at it. You’re wholesome and caring, but ruthless when you need to be. You choke up in slow-pitch softball. You have the highest average on the team because of that.

9-12 points: You’re savage Joey. You’re sense of humor is best described as dark and that’s an insult to the dark. Children irk you and dogs are infinitely worse than cats. You wish Bryan Price would let you pitch because beanballs need to be brought back.

13-16 points: You’re good guy Joey. You know you’re not the best, but you’re pretty darn good regardless. You like to have some fun, but only to amuse others. You’re like Jim from the Office. I’ve never actually seen the Office, but that sounds right.

17-20 points: You’re goofy Joey. You buy people donkeys for their birthday. You always try to balance a baseball bat on your head for some reason. The most common phrase you hear is “Honestly, what ARE you doing?”