I spent part of last week in Washington DC straightening everything and everyone out, and then I had to leave, so it all fell apart again. Sorry about that.

Part of the time was employed in attending Twilight Tattoo, which is is a performance at Ft. Myer by every single show unit the Army has to offer. They fling rifles and bust out piccolos and bang drums, and really it should be a staple of every family’s trip to DC as much as a visit to the Washington Monument or the Smithsonian. It is sobering and inspiring.

It is also very loud. Very much present is the Presidental Salute Battery, which most Americans are familiar 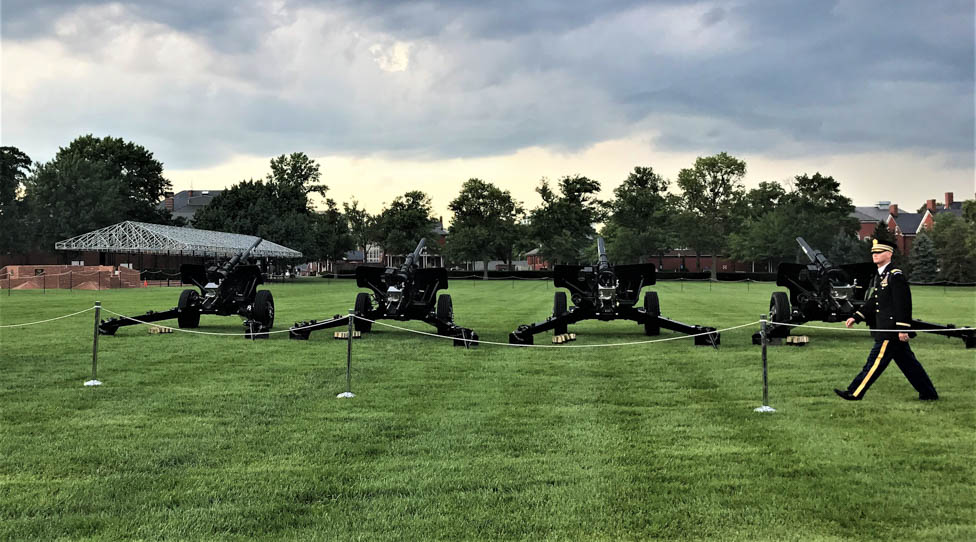 with from every Inauguration. Guess what: Ã‚Â These guys have a full-time job. The Salute Guns Platoon wheel out their cannons to welcome state visitors, for ceremonies at the Pentagon, and funerals at Arlington National Cemetary.

I walked past the battery on my way to the bleachers. I had arrived 15 minutes prior the show, which of course meant I’d planned to be present 45 minutes earlier for an opening act, but I’d never been there before and had to follow

directions as well as a map as well as a dotted trail on my cell phone and I think we all know how that went. I saw the cannons facing well away from the crowd and figured, well, this is going to be a fine dramatic opening, and by golly it was. 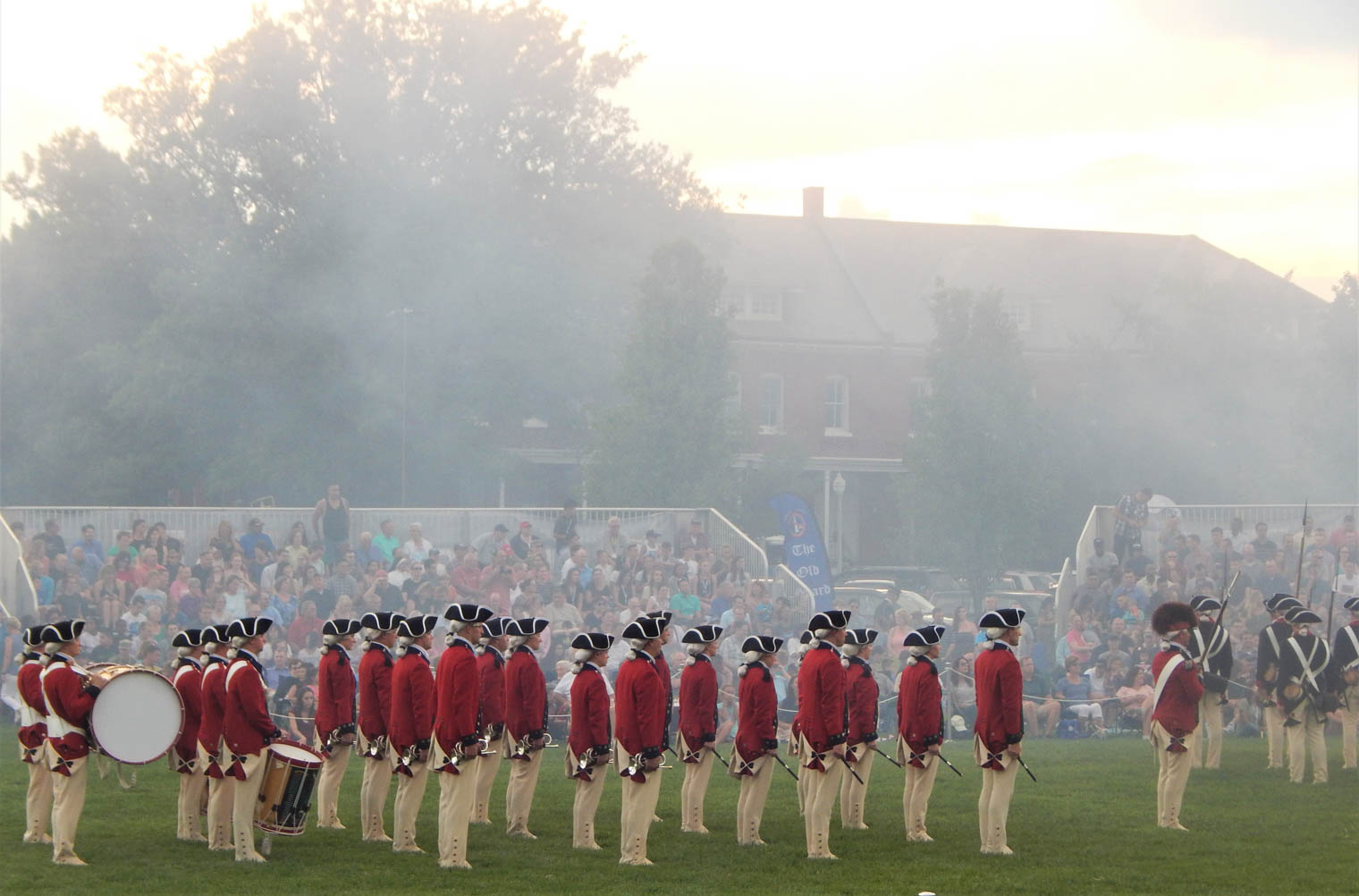 All these cannons went off at once to let us know the show was beginning. This was loud, loud enough to set off every single car alarm in the adjacent parking lot, which somewhat undercut the historical veracity of re-enactment of the American Revolution unfolding before us. But the alarms settled down and the show moved on and… more cannons.

This happened at non-regular intervals, complete with corresponding smoke opacity and car whooping,Ã‚Â to the point where a father seated next to the battery carried his wailing young son to the opposite part of the green, which meant it was time for the single cannon sitting on that side to go off, too.

Much as the English major in me appreciated the dramatic punctuation, I couldn’t understand why it had been deemed so necessary, so often. Why so much booming? Were we not already in the presence of all manner of soldiery, on a military base, just off the DC Metro?

The show had progressed all the way to Desert Storm by the time I finally figured it out: Ã‚Â We were watching a story of war, and war, by its very nature, isn’t comfortable. It isn’t fun, and it isn’t a color guard pageant. That a giant range of the American populace could sit on our butts holding glowing iPhones over our heads while a simulation of war roared all around us was a testament to the fact that we led fairly comfortable lives, and a few minutes of auditory discomfort in the name of authenticity made the entire event more meaningful.

I often hear “Get comfortable with being uncomfortable” from people in the fitness trying to make me perform physicalÃ‚Â feats that I just don’t feel like doing, often because I’m tired or distracted or want a cookie. We run from discomfort; in an age in which we don’t even have to get up from the laptop to change the thermostat, order a pizza, or unlock the door when it arrives, we have come to equate simple inconvenience with hardship.

You’re probably not very comfortable right now if you’re a Reds fan. Sports is a game; it’s supposed to be enjoyable, but thirteen games out of first place tends to diminish the Glory of Sport. Do we hang in, tune out, or fling ourselves further into the abyss?

How comfortable are you with discomfort? If the discomfort occasioned by watching this team is actually less than what you experience with the rest of your life, then God bless. But if the preset button on your car to the right of the onee tuned to WLW is jammed just a little further into the console than the rest because you’ve slammed it so hard so often just to escape the starting pitcher, it is perhaps best to re-evaluate. Is bad baseball better than no baseball? It depends on what you’re willing to endure.

This season is one big car alarm. If it does nothing more than make you comfortable with being uncomfortable for the larger travails of life, then it has served its purpose.