Last evening, Eugenio SuarezÃ‚Â made a huge defensive play in the 1st inning, and it was a play that you rarely see. Reds starter Luis Castillo allowed two baserunners to start the game. Suarez had a ground ball hit to him, and alertly tagged third base, and then threw to second for a double play. It was just another brilliant play during a brilliant season defensively for Suarez. 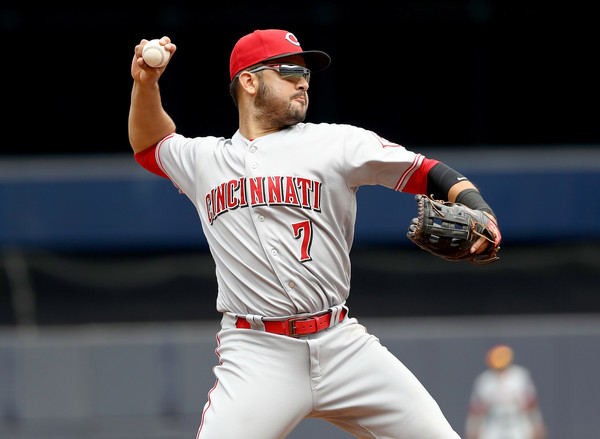 The defense for Suarez just continues to get better and better. He currently ranks 6th out of 21 qualifying MLB 3B in defensive runs saved. Suarez has only played a total of 261 games at third base in the MLB, and only played 38 games there in the minors. Conventional wisdom would tell you that he is only going to get better defensively.

Great defense however will only get you so far unless you play SS or CF. Third base is an offensive position, with the MLB average OPS currently sitting at .766 (for comparison, 2B is at .735). The good news for Suarez is that his offense also continues to improve. Suarez’ wRC+ is up from 93 in 2016, to 112 in 2017.

The most notable reason for Suarez’ increased offensive production is his plate discipline. Last night, Suarez walked for the 54th time in 2017. Just a year ago, Suarez walked a total of 51 times for the entire season. Look at his improvement in plate disciple over his three years in Cincinnati (Jason pointed this out in the latest edition of the Redleg Nation Radio podcast as well):

The main reason for this? It is pretty simple, Suarez is swinging at fewer pitches outside of the strikezone. Look at this O-Swing% over his time in Cincinnati:

Swinging at fewer balls has allowed Suarez to see much deeper counts, which has drastically increased the walks. Suarez ranks 6th out of the 73 NL qualifiers with 4.21 pitcher per plate appearance. Suarez was at 4.14 in 2016, and 3.97 in 2015.

Going into this season, it seemed like Suarez was just a placeholder at the hot corner until Nick Senzel arrived. The thought was the Reds might move Suarez to another position if his bat provided enough value. Suarez has certainly made the Reds reconsider that. I believe that at this point there is no way the Reds could move him from 3B unless his bat dropped off. Why would you want to move an above average hitter from a spot defensively where he is really good? Suarez was really bad at shortstop too. In nearly 1,500 big league innings at SS, Suarez had negative 17 defensive runs saved. That is about as bad as it gets. I think the Reds will review all of these numbers, and we could see Senzel start spring training next season at 2B. 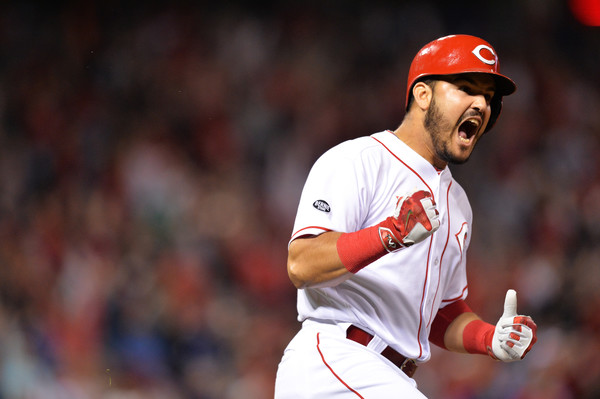 The Reds have found their third baseman for the foreseeable future.

All statistics include games played through 8/4/17, and are used courtesy of Fangraphs, ESPN Stats & Info, and Baseball-Reference.Ã‚Â