We’re at that point in the season where pretty much everything is a foregone conclusion, and I am left with nothing humorous to write about. I’ve written about soccer too many times to comment on Neymar to PSG, the trade deadline has passed so that’s out, and Scooter Gennett hasn’t done anything of interest in quite a while.

Usually this end of the month column would be “Who Won July?,” but Luis Castillo won July andÃ‚Â I already wrote about him this week.*

*There’s an argument for Zack Cozart winning July because of his donkey or Hunter Greene for his record signing bonus. However, Zack is hurt and Hunter is buried deep in the minors, both reasons precluding them from winning. Having a full bracket to say what could be said in two sentences felt silly.

So, I decided to play a mindless game in order to pass the time. We all know the “six degrees of Kevin Bacon” rule where you can theoretically get to any actor in six links or less by starting with Kevin Bacon. After seeing a tweet a while back that Bartolo Colon has now pitched in every Major League ballpark, I wondered if you could do the same with Big Sexy. Specially, which Reds player has the lowest Bartolo number? Probably the one who’s played the longest but you never know.

But who has the highest? (Note the convenient restructuring of the column so it’s not one line long.)

In Atlanta, Bartolo also played with Matt Adams who came over from the Cardinals where he played with Mike Leake who in a past life played with…none of the above.

The Matt Adams connection isn’t entirely fruitless because it connects Bartolo to Jonathan Broxton who pitched for the Brewers at the same time that Scooter was their second baseman, putting Scooter’s Bartolo number at 3.

This is also the moment in writing this article where it suddenly dawns on me that the highest Bartolo number any current Red can have is three because of the Brandon Phillips connection. For instance. Bartolo to Brandon to Joey to Arismendy. Or Phillip Ervin. Or Jesse Winker. Or anyone.

When you really get down to it, this game is dumb. The six degrees game, not baseball, though I guess you could argue that. Welcome to August, the worst month of a losing baseball team’s season. Wake me up when September hits and everyone’s called up.

I’m going to fine myself for wasting your time with the Bartolo game and leave this video here of baseball shenanigans as penance:

Fantasy Baseball Ã¢â‚¬â€Ã‚Â I have Nick Senzel on my team. I have an offer of Jeff Samardizija and Ivan Nova for him. I will once again crowdsource opinions: To trade or not to trade?

Authorial ViewsÃ‚Â Ã¢â‚¬â€ Am I closing the gap between me and Jason Linden or is that just wishful thinking? 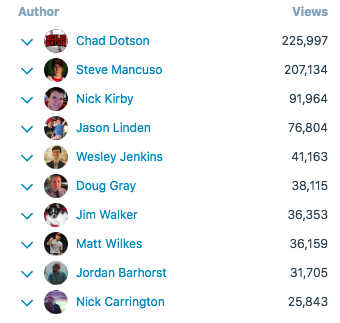