The Reds showed flashes of a better future tonight behind two rookies. Robert Stephenson dominated the Pirates over 5.2 innings, allowing just 2 hits, and throwing just 81 pitches. Jesse Winker hit his second home run in as many days, and tonight it broke a 2-2 tie in the 7th inning.

Adam Duvall gave the Reds some big insurance in the top of the 9th, when he blasted a 2-run bomb to give the Reds a 5-2 lead. Raisel Iglesias pitched two scoreless innings to secure the Reds third consecutive win.

The Reds are now 8-1 against the Pirates in 2017. The Reds last three starting pitchers (Castillo, Bailey, and Stephenson) have allowed a total of 3 earned runs combined in the last 3 games. 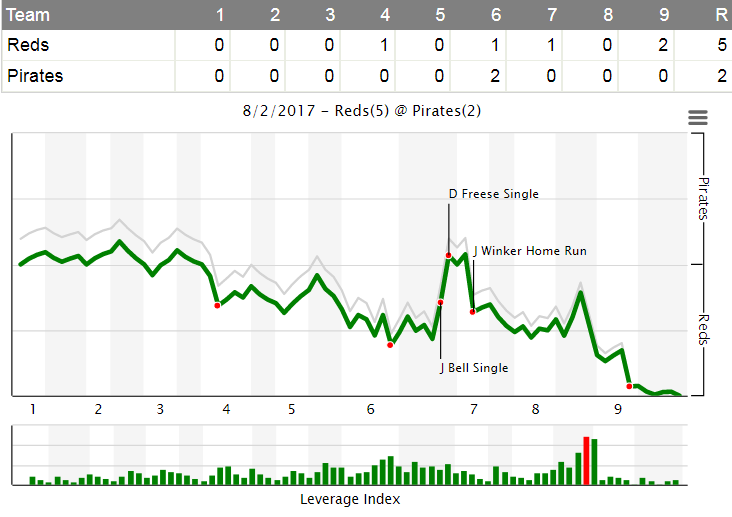 According to FangraphsÃ‚Â WPA statisticÃ‚Â (winning percentage added), the most important play of the game was Jesse Winker’s solo home run off Joaquin Benoit with 1 out in the 7th inning, giving the Reds a 3-2 lead.Ã‚Â That play increased the Reds chances of winning by 21.9% (from 46.2% to 68.1%). 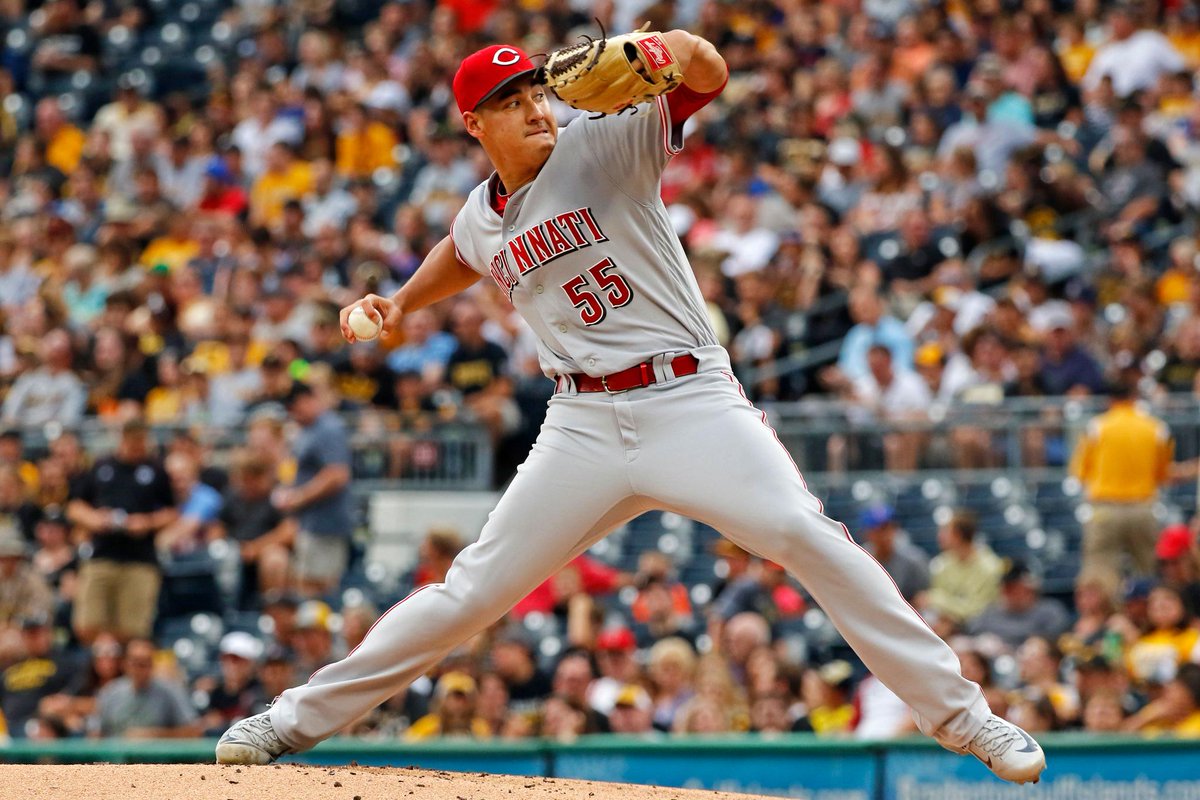 Robert StephensonÃ‚Â put together his best start of the season by a mile: 5.2 IP, 2 H, 1 R, 2 BB, 4 K. He only threw 81 pitches tonight, and while he could have certainly pitched deeper in the game, it appears Price wanted him to leave the game feeling good. The only run Stephenson allowed came off a bunt single from Starling Marte, who advanced to second on a ball in the dirt, and Lorenzen allowed him to score after Stephenson left the game. The most encouraging part of this start was that he only walked 2 batters (he walked 7 in his last start), and his pitch efficiency.

So much forÃ‚Â Jesse WinkerÃ‚Â lacking power. Winker blasted his second home run in as many days, giving the Reds a 3-2 lead in the 7th. He had two hits on the night.

Adam DuvallÃ‚Â hit his 24th home run of the season off the Pirates closer Felipe Rivero. Duvall now has 62 home runs in just over his first 1,000 AB with the Reds.

Jose PerazaÃ‚Â increased his hit streak to 6 games. Peraza is 10 for 22 at the plate over the last 6 games, and even more encouragingly has 3 walks.

Joey VottoÃ‚Â had a two hit night, and now has a 7-game hit streak of his own. So much for Votto “cooling off.”

Eugenio SuarezÃ‚Â had a two hit night, including hitting his 18th double of the season. Suarez entered play tonight with a .900 OPS in the second half.

Raisel IglesiasÃ‚Â did give up 2 walks and a hit, but he pitched two scoreless innings. He now has a 1.88 ERA on the season.

Michael LorenzenÃ‚Â came in with a 2-0 lead, and gave up back to back hits to allow the Pirates to tie the game. Lorenzen did pitch a perfect 7th inning. Lorenzen is starting to look pretty average as a reliever, as he now has aÃ‚Â 4.04 ERA/4.13 FIP on the season. He is only 25, and has terrific stuff, but he is certainly not the relief ace the Reds were hoping for….yet.

Bryan PriceÃ‚Â got a lot of hate for pulling Stephenson after just 5.2 innings tonight. I personally liked the move. Price had a well rested Lorenzen, and really wanted Stephenson to leave the game feeling good (something he really needed). It didn’t work out, but results don’t always justify a decision being good or not. Also, Lorenzen got the win tonight #KillTheWin.

Joey VottoÃ‚Â had a ball go through the webbing of his glove, and had to go borrow Patrick Kivlehan’s glove. The TV picked up Votto saying “nice glove” to Kivlehan. It is the little things that keep us entertained in a rebuild.

Jose Siri singles on another ball deflected off of the pitcher. 38-game hitting streak for Dayton. #Reds pic.twitter.com/3apV9kF1Mm