This week I am headed to Washington DC to straighten everybody out. I apologize, fellow Americans, for not getting around to this sooner.

Meanwhile, the Reds are, as of this writing, staring down the barrel of the trade deadline having doneÃ¢â‚¬Â¦ not much, which I guess is okay, unless you think itÃ¢â‚¬â„¢s not okay, in which case itÃ¢â‚¬â„¢s not. IÃ¢â‚¬â„¢m too exhausted by an endless parade of Ls to really have an opinion about anything on at this point, so I will permit you to have your own. 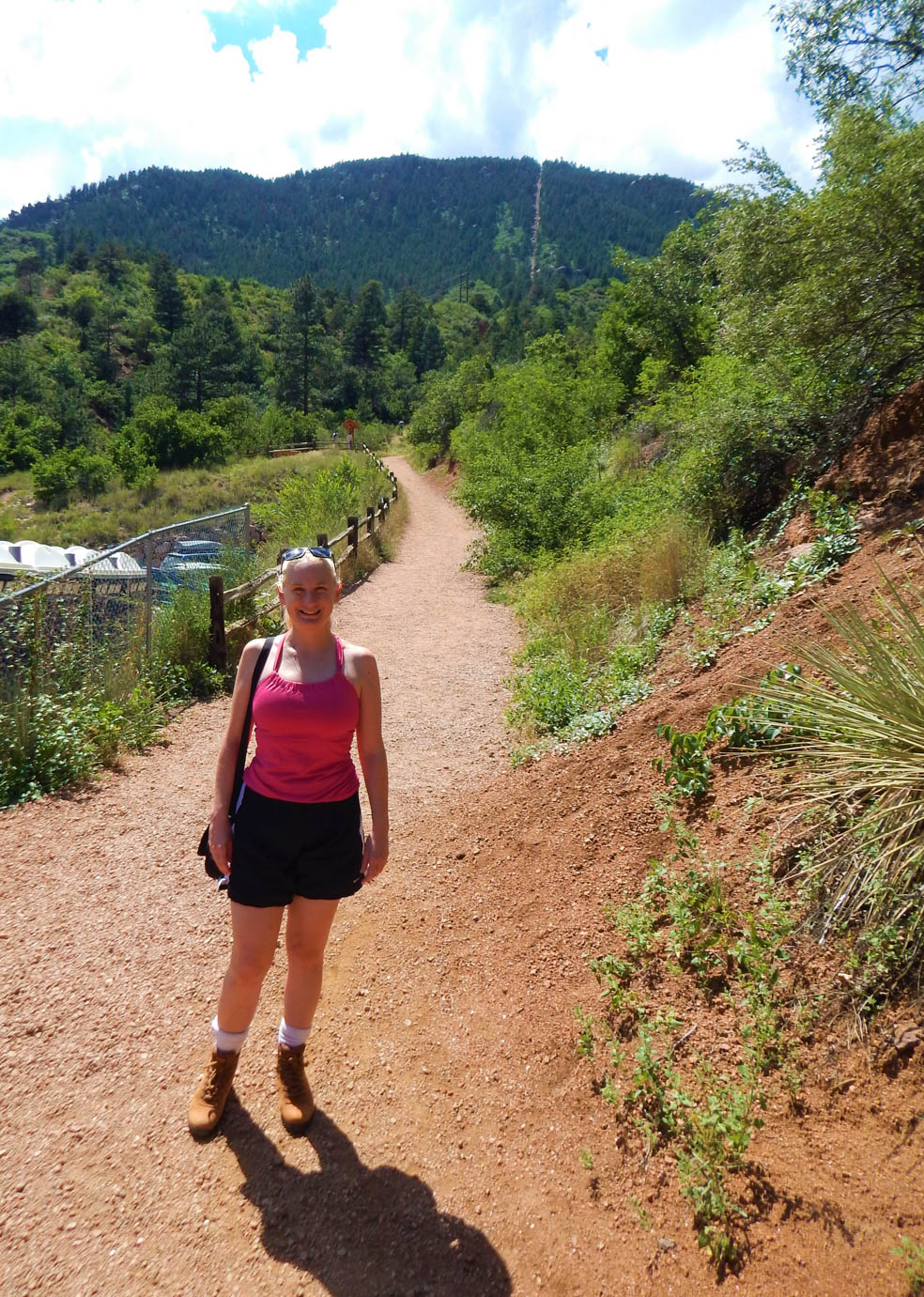 Younger and a whole lot stupider

I may face a trade of my own. I am attending this straightening-out business in the wake of a couple days in Colorado, which contains the Manitou Incline, which is a hiking trail straight up a mountain, which means it should not be attempted by 40-year-old Ohioans who have been at 6400 feet for all of twelve hours. TooÃ‚Â late, I looked up the Incline online, and learned it originated as a cog railway, and its only form of human consumption is meant take place in a railway car as several giant engines do all the work. Now the railway ties are used as steps to cover 2000 feet over three quarters of a mile, and although I didnÃ¢â‚¬â„¢t know the trail was classified as Ã¢â‚¬Å“extreme,Ã¢â‚¬Â I figured it out by the time we came upon our first puking person.

Josh The Pilot and I were celebrating our 10th wedding anniversary at the climb, and as this was my idea and encouraged him cheerily up the first several steps, I 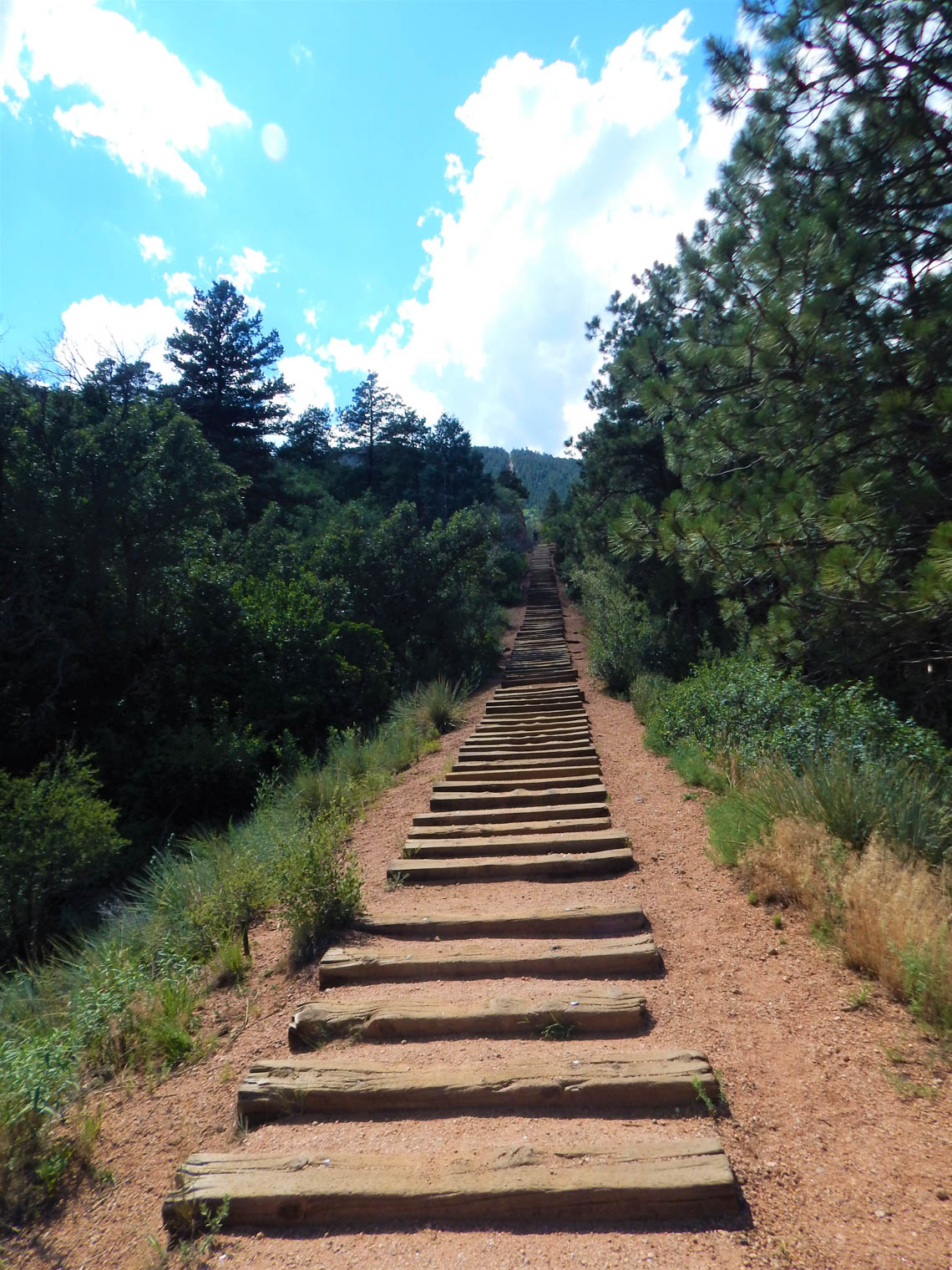 This was the easy part

believe he may place me on waivers for a lite beer and non-hiking wife to be named later. Although heÃ¢â‚¬â„¢s not exactly safe inÃ‚Â his current husband status, because partway the trail I offered to carry our backpack out of simple wifely politeness, and Josh said, Ã¢â‚¬Å“Okay!Ã¢â‚¬Â and all of a sudden my life was worse.

At one point I was crawling step to step, the backpack with its bottled water, dense protein snacks, and a camera insisting on pulling me in the other direction, and Josh and I agreed that this was indeed an excellent metaphor for the trials of marriage, because we were sharing the load, and although all good sense was telling us not to have even attemptedÃ‚Â this to begin with, we were going to see it through to the end. The next good marriage metaphor we discover, I have decided, will involve sitting on a couch. 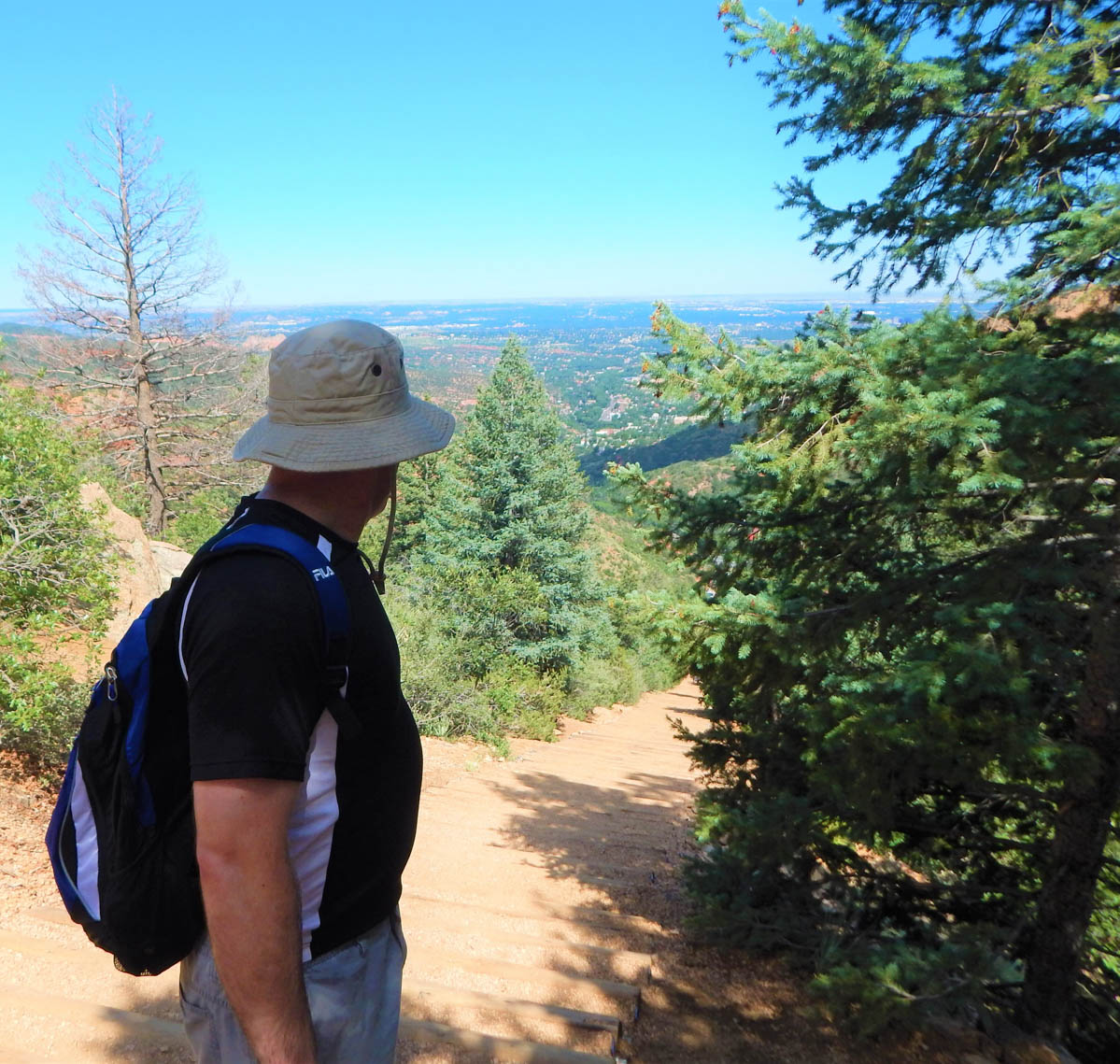 Looking back from whence we came, and also probably for a different wife

It was when we saw the woman with an injured ankle being practically carried down the trail that I realized we Reds fans are in the middle of a metaphor of our own. Everyone we met on the Incline was kind to one another; one man took one look at my radioactive whiteness and immediately offered up his sunblock, and everyone was generous at the summit with photo taking. We are here now, Redleg Nation. We are in survival, and we must take turns with the backpack to progress beyond the trade deadline. One day IÃ¢â‚¬â„¢ll say, Ã¢â‚¬Å“This canÃ¢â‚¬â„¢t last foreverÃ¢â‚¬Â; the next, youÃ¢â‚¬â„¢ll send a hopeful text about the talent in the minors. We might be crawling, but weÃ¢â‚¬â„¢re not quitting.

What makes the Incline super-fun is that the higher it goes, the steeper the trail becomes, all as its altitude increases. At one point, almost three-quarters of the way up, we reached what absolutely seemed the top of the trail, only to see that as we staggered forward a few feet, that it… continued, for 300 more steps, at a grade of 68%.

“You gotta be kidding me,” Josh said.

We had hit the False Pitcher Revolution, that point in the season at which the Reds were winning, largely because Price was deploying his bullpen as a group starting pitcher. Remember this? Ã‚Â Remember how exciting it all was? Ã‚Â How sport-changing? Ã‚Â How non-depressing? Ã‚Â And then… just… NO, and we were left with 300 more steps, at a grade of 68%, with Homer Bailey at an ERA of eleventy billion.

It is now that we must absolutely refuse to fail amidst all the other failure rising before us. Cling ye to your donkeys, your Scooters, and your triple plays, because it only gets steeper from here.

IÃ¢â‚¬â„¢ll see you at the summit.