I love concerning myself with hypotheticals. No matter how implausible the scenario, I will jump down the rabbit hole headfirst, playing thought experiments until I’m convinced that this hypothetical is now reality. This is 98% of the reason why I love the trade deadline (the other 2% comes from my ability to actually break the news of a trade, a la u/wetbutt).

Before I get to the particular hypothetical that I’m currently concerned with (though the post title may have given it away), I would like to explain the backstory.

When I saw this tweet I had a thought: Mahershala Ali joining True Detective is the equivalent of Vincent Vega stabbing Mia Wallace to revive her from the heroin overdose in Pulp Fiction. Against all the odds, dead things have come back to live.

Which leads me to the hypothetical Ã¢â‚¬â€ the Reds are dead! At least in 2017. But, assuming that the Reds would like to come back to life in 2017, could there be a single trade, one solitary deal that brings them back to life? What would the Reds have to give up to bring them the type of relevance that Ali brings True Detective? Who is the Reds’ Vincent Vega?

As always, this segment deals with the impossible and the improbable, i.e. Drake doing this:

But Drake did do that, so anything is possible.

The question at hand is what one deal would make the Reds suddenly a viable playoff contender? Note: This deal would never happen because it mortgages everything for the immediate future, a move that no GM should do. Also, the deal takes some liberties with player’s actual value, i.e. Mike Trout being on the market.

But the Reds don’t really need Mike Trout, per se. Trading for Mike Trout would be a waste of other resources that could better help the Reds come back from the dead. So, Mike Trout is not the Reds Mahershala Ali.

That notion out of the way, this hypothetical at its most basic level is about plugging every weakness in one fell swoop. In other words, finding two above average starters, a second baseman that can hit, and an outfielder that takes the best of Billy Hamilton and Scott Schebler without any of the worst.

So the Reds are trading with the Astros. Makes sense that in order to become instantly competitive, trading for all of the stars of the league’s second-best team would work.

Constructing a deal for George Springer, Jose Altuve, Lance McCullers, and Dallas Keuchel while still maintaining an ability to field a team is borderline impossible though. Altuve alone would wipe out all of the Reds top prospects. A third team must be introduced.

The A’s are one option, and the Marlins another, but perhaps the Mariners are the best option in this fiction. Instead of Springer, Altuve, McCullers, and Keuchel, what if the Reds targeted Springer, Keuchel, Robinson Cano, and Felix Hernandez? Cano and Hernandez are both getting older, but the Reds would only need them for the rest of this year. Instead of Altuve being the centerpiece, Springer becomes the best player in the deal (factoring in age and injuries), and he (in this scenario) should be more easy to pry away then Altuve.

But how would it work? It wouldn’t; I really want to make that clear. There’s no way this ever happens. But creating a package of somewhat equal value on paper could.

Imagine if the Reds send the Astros Jesse Winker, Hunter Green, and Taylor Trammel for Springer and Keuchel. Fairly off-balanced already. To the Mariners go Cody Reed, Nick Senzel, Luis Castillo, Shed Long and Jeter Downs. The overkill for Hernandez and Cano is meant to convince the M’s to send Mitch Haniger to the Stros to kind of balance that other trade. I still don’t think the Mariners and Astros would accept the deal. Not at all. But maybe.

Also even with adding Keuchel, Springer, Hernandez, and Cano, the Reds would still probably miss the playoffs. Yay trade deadline!

For over a year now, there has been one undeniable truth in Reds country: Zack Cozart would be traded at this deadline. Now, with a balky quad and no shortstop market to speak of, good ole’ Zack might be Red for the foreseeable future. While it was entirely outside of Zack’s control, I’m still fining him for hurting the Reds’ rebuild by hurting himself. He has a donkey; he can’t be too mad.

Fine:Ã‚Â Zack must call opposing GMs and give a pitch on why they should give up their top prospects for him. Give Dick Williams a much needed break.

Fantasy Baseball:Ã‚Â I’m in the middle of a five-game losing streak. My rebuild is going about as well as the Reds is. 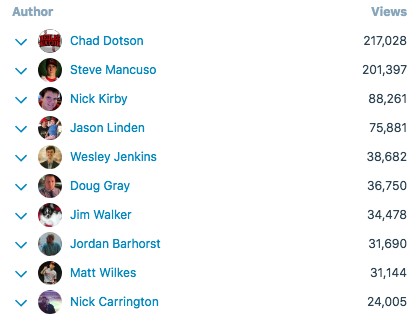