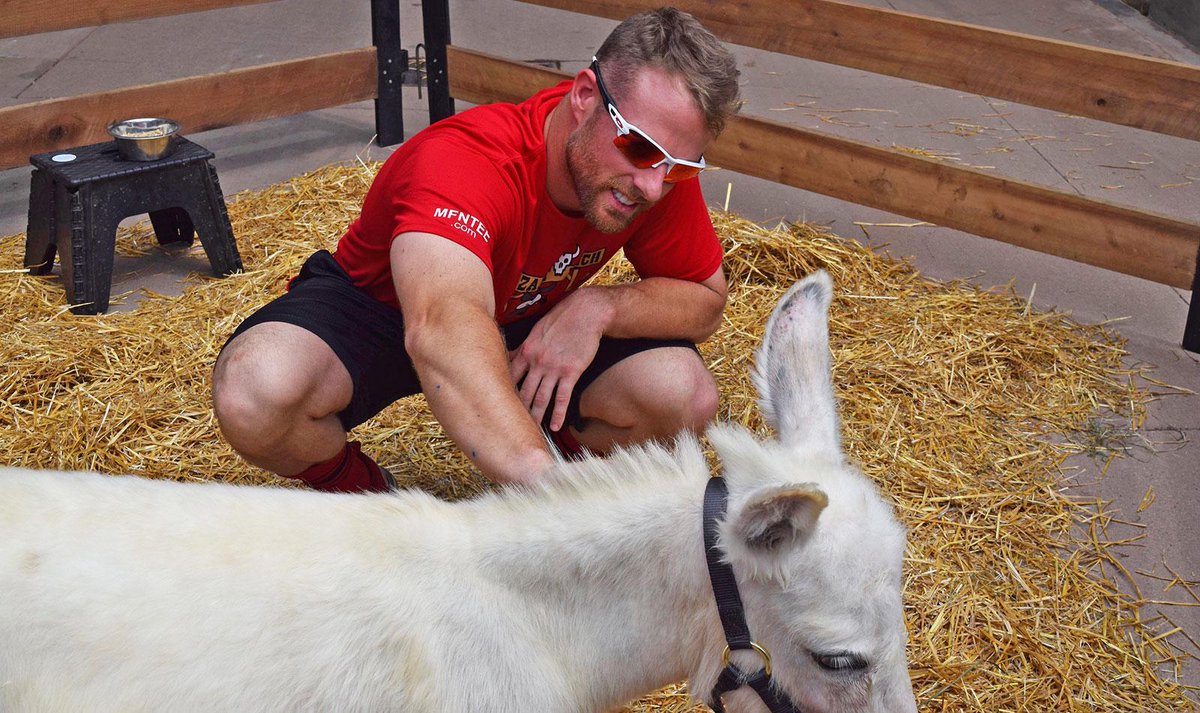 Robert Stephenson was sent down to AAA-Louisville to throw strikes. He did that mostly tonight, walking just two batters in 5.1 innings. Stephenson however made two mistake pitches, both to Marlins catcher J.T. Realmuto, and he capitalized with a pair of 2-run home runs.

The Reds had a lot of base-runners tonight, collecting 8 hits and 8 walks, but they could only cash in for 4 runs. They hadÃ‚Â some brutal luck in the 8th inning. Scooter Gennett hit an RBI single to cut the Marlins lead to 5-4, and put runners on 1st & 3rd with 0 outs. Mesoraco struck out, and then Patrick Kivlehan absolutely drilled a ball, but it was right at the Marlins first-baseman Bour. He caught it, and tagged first base for an inning ending double play.

The Reds brought Joey Votto to the plate representing the winning run in the 9th, but he struck out on three pitches . The Reds are now 1-8 since the all-star break. 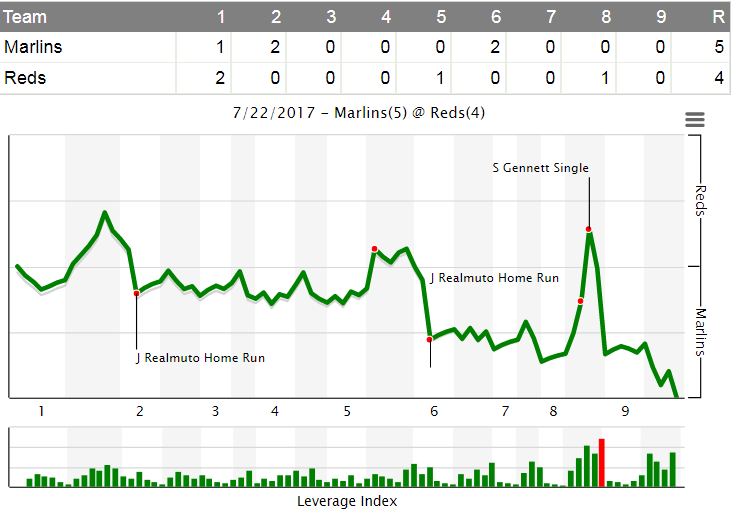 According to FangraphsÃ‚Â WPA statisticÃ‚Â (winning percentage added), the most important play of the game was Patrick Kivlehan lining into an inning ending double play in the 8th inning. Reds trail 5-4.Ã‚Â That play decreased the Reds chances of winning by 32.7% (from 43.9% to 16.6%).

Patrick KivlehanÃ‚Â got a rare start tonight, and rewarded Bryan Price by hitting a home run.

AdamÃ‚Â Duvall walked with the bases loaded in the first inning.

Zack CozartÃ‚Â not only finally got his donkey tonight, but reached base four times (3 walks and a triple).

Billy HamiltonÃ‚Â had two hits, and stole a base.

Joey VottoÃ‚Â had a pair of walks, including be intentionally walked by a LHP.

Asher WojciechowskiÃ‚Â pitched two perfect innings innings in relief, striking out three. I like Woj in the bullpen for the Reds. He really knows how to throw strikes, as he has only walked 7 batters in 31.1 innings with the Reds Ã‚Â (he also has a 2.35 BB/9 at AAA too).

Michael LorenzenÃ‚Â only threw 7 pitches tonight, but he got both batters out that he faced.

The good news for Robert StephensonÃ‚Â was that he only walked two batters tonight. The bad news is that he gave up a pair of 2-run bombs to J.T. Realmuto. Outside of those two pitches, he was good tonight. It looks like his trip back to the minors with an ultimatum to throw strikes has payed off. He still has a way to go, and also needs to learn better how to hold runners on base, but all in all, I was mostly encouraged tonight. His final line: 5.1 IP, 8 H, 5 ER, 2 HR, 2 BB, 5 K.

I have no problem withÃ‚Â Scooter GennettÃ‚Â starting everyday at 2B against RHP. He has certainly earned that right, and with several years of team control, I think there is certainly a possibility of him getting regular playing time on a contending team in the future. However, Gennett has a career .517 OPS vs LHP, and even during his breakout 2017 season, he only has a .635 OPS vs LHP.

Zack got his donkey tonight, and is going name him Donald! If you missed the interview of Zack by Joey…well, please watch below.