I’ve been watching too much soccer lately, partly because the Reds are awful and partly because it’s a nice way to kill time, but mostly because the U.S. men’s team is one of the most unintentionally exciting teams to watch. To be clear, the men’s team isn’t good. They aren’t bad either, they’re just sloppy. Watching them play is like watching a new born deer try to get to its feet Ã¢â‚¬â€ you know it’ll get itself upright eventually, but it’s a struggle the whole way there.

I mention this because the U.S. men’s national team resembles the current Reds, if not a couple steps ahead. Too much youth, too much potential, and just enough veteran leadership to brace it all together. Just as 2017 is a test run for the Reds young guys, 2017 is a test run for the men’s team before World Cup qualifiers. Is either team any good? Can either team actually compete with the big guns? Just wait until 2018.

While it’s easy to get upset about the negative results of a test run, keep in mind it doesn’t matter. In fact, as long as the Reds are positioning the young guys to be confident and stable by next April (and healthy if I can ask for that), then this season will have gone perfectly regardless of the final record. The question then remaining is how many of the old guys to keep around?

Joey Votto and Billy Hamilton are going nowhere fast (figuratively speaking, though also literally for Joey), but all of the other five could conceivably be on the move. I’m not going to try and answer which of the five will still be around; instead, I’m going to play fortune teller and inform you how many of the five you still want around. That’s right, this week’s segment is a Choose Your Own Adventure with a flair of clairvoyance.

Normally I advocate for breaking the rules, but there’s only three so breaking them seems a bit excessive:

What the hell, this dude just bit Jose Altidore pic.twitter.com/ZGcrGTmKxt

Question 1: How many U.S. men’s soccer players can you name?

Question 2: The Reds were outscored 20-61 by the Dbacks. Your reaction?

Question 4: Todd Frazier was traded to the Yankees Ã¢â‚¬â€ how does this make you feel?

Question 5: Which Christopher Nolan movie is the best?

Can I fine the All Star Break? I’m going to say yes. The Reds have lost 6 of 7 since their four days off, Aaron Judge is broken, and Zack Cozart’s donkey still doesn’t have a name. As much as I love the All Star festivities, this break has caused nothing but trouble.

Fine:Ã‚Â The All Star Break should be shortened to three days, with baseball coming back on Thursday. Four days is much too long, as evidenced by:

The nerve of some people, trying to have fun.

Fantasy Baseball:Ã‚Â Nothing to see here, my team is bad and things are not looking up.

Authorial View:Ã‚Â I’ll probably end the season just a touch over 50,000 and that’s perfectly okay with me. 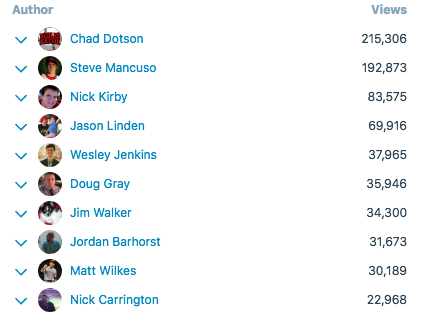 4-7 points: Don’t trade anyone. This is the Reds’ core and breaking it up only hurts the future. Ever since Donovan retired, the men’s national team has been terrible.

8-11 points: Only trade Cozart. Everyone else still has value. The men’s team still keeps Altidore, Michael Bradley, and Clint Dempsey around after all.

12-15 points: Keep Cozart but trade everyone else. Unload Homer Bailey for a bag of baseballs. If they haven’t shown they can play at an All Star level, the Reds don’t need them.

16-20 points: Did someone say fire sale? Trade all five of the olds. This is a young man’s game and Joey Votto provides all the veteran presence you could ever need.