To be frank, I don’t associate the Fourth of July with patriotism, tea throwing parties, declarations, or even fireworks. Red, white, and blue are just complementary colors for a day all about the beige and slightly burnt orange. That’s right, the Fourth of July means one thing and thing alone: hot dog eating contests.

Growing up, I couldn’t tear my eyes away from Kobayashi relentlessly tearing hot dogs in two, submerging them in his water cup, and then devouring every last bit. His mechanical repetition of that action 40, 50, 60 times over and over again during the ten minute time frame was mesmerizing. When Joey Chestnut started to actually challenge him for the title, the electric atmosphere crackled.

Only once in my life have I attempted a hot dog eating contest. I ate three in about five minutes before I felt sick and tapped out. It’s not for me. I also competed in a garlic eating contest more recently, but sadly to the same result of three in five.

Despite not having the stomach for competitive eating, I feel like I understand the type of person who does. It’s someone innovative who can turn off any sort of reaction and or feelings they may have about their current situation in life. Determination is surely part of it, as is a love for food. All told, competitive eaters are special bred that have redefined the purposes to which gluttony is utilized.

Given that I know my own limits of participation when it comes to hot dog eating contests, I like to imagine what others could do. I don’t think it’s that abnormal Ã¢â‚¬â€ have you truly never asked yourself I wonder how many hot dogs Zack Cozart could eat? Well, we’re going to figure that out today, so your question may finally be answered.

This hot dog eating extravaganza will be judged on four criteria and limit itself only to the active roster. Those with injuries are not game ready for this amount of questionable beef. Also, a 25-man hot dog eating contest is simply too many; there’s no fun in that. Instead, I will limit it to a field of 15, arbitrarily ruling out five pitchers, one catcher, two infielders, and two outfielders. So say goodbye to Scott Feldman, Ariel Hernandez, Wandy Peralta, Asher Wojciechowski, Blake Wood, Stuart Turner, Arismendy Alcantara, Jose Peraza, Scott Schebler, and Patrick Kivlehan.

A couple years ago, the Zionsville Current published an article titled “Reds catcher Barnhart enjoys flavors, friendliness of Zionsville.” However, the only mention of flavors in the entire article is Barnhart saying, “The food [in Zionsville] is outstanding.” Keep in mind that Tucker didn’t even say the “in Zionsville” part, that was added for clarity. This whole Tucker loving food thing feels like a shame to me. He has the perfect name for competitive eating, but I think it’s a lie. Something feels off.

I sympathize with Austin Brice. He just doesn’t have the competitive eating gene.

So there’s a point in It’s Always Sunny in Philadelphia where Mac puts on nearly 80 pounds because he thought the gang had a bet. The gang didn’t have a bet. Mac didn’t react well to adding all that weight. As Mac’s surrogate, Adam Duvall also wouldn’t react well to a significant amount of hot dogs.

Fox Sports once ran the headline “Iglesias start gives Reds food for thought,” which is really in no way related to a hot dog eating competition but is food related. I don’t think Iglesias would eat that many hot dogs though. Probably more than Austin Brice, but not too many.

I feel like Tony Cingrani would tear through seven or eight hot dogs with absolutely no problems, but then a bit would get stuck in his windpipe and he would have to struggle through one more. I don’t know why I think this. I just do.

The Reds oft-hurt ace has thrown two no-hitters in his time so you know he’s determined, but he also carries a wry smile in his headshot and his innovation tends to stop at the line of “throw ball hard.” Not even a love of food can save him, as this Keith Law tweet* from 2012 proves:

*Yes, this is unrelated to Homer’s love or lack of love for food. No, I don’t care.

There’s just enough of a sly smile on Luis Castillo’s face to know that he would keep pace with Homer Bailey during the hot dog eating contest, wait for him to tap out, and then eat one more. Castillo is determined to anchor this Reds’ rotation, and he’s not going to be beat by anyone, especially Bailey.

From the Dayton Daily News:

Eugenio’s chompers must be some kind of powerful, but swallowing my be a challenge for him. He’ll stay middle of the pack. Lots of potential, but someone always behind him coming up.

Just like Zack Cozart, Scooter Gennett has no concept of what foods go well together and what don’t. I mean look no further than the Scooter Gennett burger at Miller Park a few years ago. Who puts mac and cheese on a burger and why do you hate the culinary arts?

I hate that this lack of appreciation works to his benefit in a hot dog eating contest, but if you’re just stuffing your face, taste is somewhat irrelevant.

Billy has to get tired from running so much right? It’s like the Shaggy effect Ã¢â‚¬â€ the more he runs out of sheer terror, the hungrier he gets. He’s still just a tad too wiry to be the favorite for this contest, but he’s definitely the darkhorse.

The Reds occasional fifth starter out of five really stares into your soul in his active roster headshot. His blank stare is something to behold, perhaps it having been created by his constant shuffling through the Reds’ rotation. The truly amazing trait that Adleman carries though is his food lover score. In college, Adleman worked at a cheese counter in a grocery store! If there was ever a man to love hot dogs, it would be a grocery man.

So with Lorenzen it depends on his current diet du jour. If he’s on a high fat cleanse, the Reds’ reliever won’t even participate in this gluttonous afternoon. But, if he’s back on carbs and protein, Lorenzen is blowing away the field here, even with a smile on his face.

Maybe I spoke too soon with Lorenzen. The real Reds’ reliever who can pack away food at any time of day is Drew Storen. This from a Washington Post profile a few years ago:

The worker bees creating the lunchtime din at Chipotle werenÃ¢â‚¬â„¢t aware that the everyman digging into a barbacoa quesarito, a burrito wrapped in a cheese quesadilla roughly the size of a Mini Cooper, had pitched the ninth inning for theÃ‚Â Washington NationalsÃ‚Â the previous night.

Breaking from the spirit of the section (I’ve probably done this too much lately), this week’s Kangaroo Court Fees involves neither a court nor a fee. Rather, I wanted to highlight a really cool new event that many would probably find in violation of the spirit of baseball.

Last summer, I spent our nation’s Independence Day in London. Granted, I celebrated it at the pub that the Mayflower set off from, but still, overseas nonetheless. This summer, our former colonizer’s capital decided to celebrate our holiday in the most American way they could: with a Home Run Derby.

The New York Times wrote about London’s Derby held in Hyde Park, and they’ll do better explaining than I can. Give the full column a read, it’s enjoyable in the best sense of the word. Baseball is spreading, even to the people that forced July Fourth into existence. Somehow, that’s a good thing.

Fantasy Baseball Ã¢â‚¬â€Ã‚Â I just acquired Homer Bailey. Call me a hypocrite, but I needed pitching. 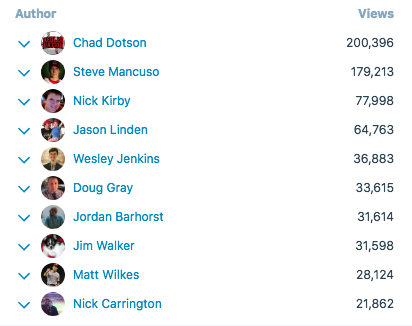