It’s that time again where we decide which Red supposedly won the month. Last month’s winner, Zack Cozart, is currently on the DL and hasn’t even been elected to the All Star team yet, so he’s out of contention. The Reds have gone 9-17 so far as well, so the entire team probably should be out of contention, but they have one more game to redeem themselves and get to double digit wins.

The third edition of “Who Won ____?” will once again only carry four challengers as the Reds have not been at their best this month. Those four competitors are worthy participants, however, carrying this Reds’ team through the depths of their strife and emerging on the other side victorious. Kind of. Roll with me here.

Seeding doesn’t matter, so we’ll use number of Twitter followers this month. Luis Castillo doesn’t have a Twitter and Devin Mesoraco’s hasn’t been used since February 2015 and is probably a fan account but I can’t be sure. So Scooter is our number one seed, and all is right in the world.

Spoiler: Scooter Gennett won the month of June. It’s no secret. You really did not need to click on this column and read the subsequent 700 words or so to find that out. Not only did Scooter Gennett make Major League baseball history this month, but he also made Brandon Phillips eat crow (don’t get me wrong, I love Brandon, but the timing was fun) and has carried this Reds team all month. Kind of. As much as a backup second baseman can. Anyway, let’s focus on Luis Castillo.

Luis Castillo shouldn’t be in this column but the alternative was Scott Feldman who was horribly mediocre this month and somehow that felt like a win. So Luis Castillo snuck into the four seed. However, in his two starts, Castillo posted a 3.38 ERA, 3.94 FIP, and struck out 30.4 % of the batters he faced. Those are pretty good numbers, even in his small sample size. But perhaps the most exciting stat is his arm’s vivacity:

Granted Castillo’s number is in a minuscule sample size, but still it’s exciting. Scooter moves on, but Luis might be my new favorite Reds’ pitching prospect.

Nick Senzel sneaks into this bracket on the back of his Futures Game selection, promotion to AA, and my general excitement for the kid. Sue me, I’m biased. On the field though, Senzel has cooled off at AA (though only in five games to be clear). I can’t reasonably send someone through sporting a .498 OPS, but Senzel deserves at least some recognition for his accomplishments I think. Perhaps we’ll see him again at the end of the year, having raked through AA in a large sample size. For now, Mes moves on.

Before my montage to Scooter, first a quick nod to Devin’s accomplishments this June. His second full month back in action in just over two years, Mesoraco has been through a lot. But he hit .277/.364/.638 in June, sporting an easy on the eyes 1.002 OPS so maybe all of the injury trials were worth it. Or maybe we should trade him. I know where I stand. Regardless, Mesoraco is fun to watch when he’s healthy and could be an asset to any team provided he stays that way. To bad the Reds are bad and will be for the foreseeable future. It’s almost as if another team could use him. Alright, I’ll stop.

MOVING ON TO THE ONE AND ONLY SCOOTER GENNETT:

Flawess execution, all of them.

Tom Browning just gave a scooter to Scooter Gennett, who was honored for his 4 home run game. #Reds pic.twitter.com/4q0wEIU4bM

The only way to celebrate a hero.

Reds fans become normalized to Scooter Gennett and begin the cloning process. By the time 2018 rolls around, the Cincinnati Scooters will be unstoppable. It’ll be like third grade all over again, but less bullying.

Perhaps a misplaced fine this time around, but Hunter Greene will be docked for having yet to sign with the Reds. I was all geared up to include him above because let’s be honest, a top two draft pick definitely had a winning month. But Mr. Greene is holding out to have the highest signing bonus in MLB draft history and thus is yet an official member of the Reds.

Fine:Ã‚Â I feel bad fining a high school kid Ã¢â‚¬â€ he doesn’t deserve this. But for the sake of the section, Hunter’s fine is to buy his family something nice with the bonus. Don’t be selfish Hunter; you’re a big leaguer now.

Fantasy Baseball Ã¢â‚¬â€Ã‚Â My team is bad, but Franklin Barreto got called up. That’s all.

Authorial Views Ã¢â‚¬â€Ã‚Â In a shocking turn of events, I now sit in fifth, which means I am the best* of the rest. Now my sights are set on Jason Linden. I have a sinking feeling they will be set there for a long, long time. 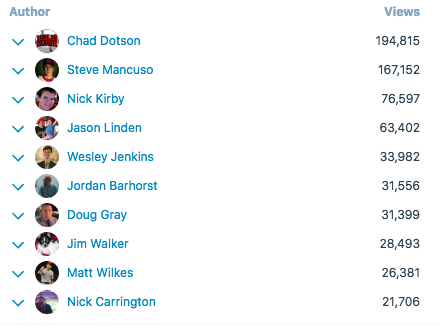 *best is a very subjective term that I don’t believe but it rhymes so we’ll go with it.Ã‚Â