It has been a rough stretch for the Reds. When they score runs, their pitching can’t hold up their end of the deal. When they get good pitching, like tonight, they can’t score runs.

The Reds faced Alex Wood for the second time in a week, and he cruised through the first seven innings tonight. Wood did allow a solo home run to Devin Mesoraco in the 8th inning, but that would be the extent of the Reds offense on this evening.

Tim Adleman did hold up his end of the bargain. He held the Dodgers to just two runs over six innings. It was Adleman’s fifth straight start of allowing less than three earned runs. It still wouldn’t be enough though, as the Reds lost their seventh consecutive game 3-1. 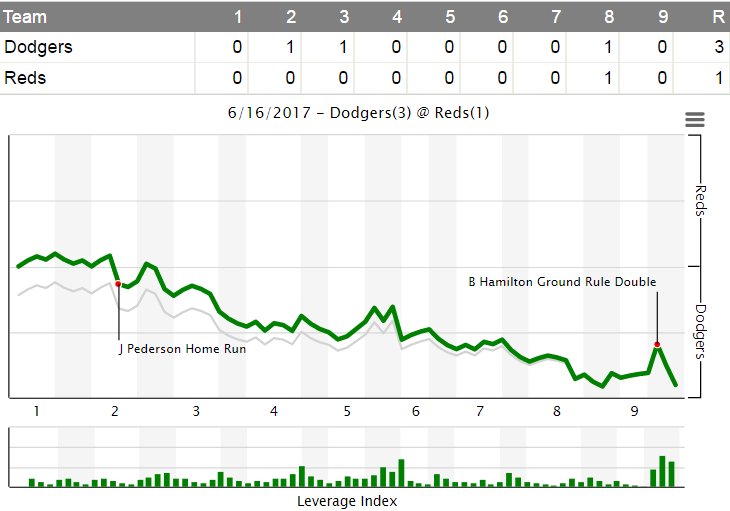 According to FangraphsÃ‚Â WPA statisticÃ‚Â (winning percentage added), the most important play of the game was Devin Mesoraco grounding into an ending inning double play the 5th inning (two runners were on base).Ã‚Â That play decreased the Reds chances of winning by 12.5% (from 34.6% to 22.1%).

Devin MesoracoÃ‚Â hit his 6th home run of the season.

Billy HamiltonÃ‚Â hit a ball over the fence against the immortal Kenley Jensen. It was a ground-rule double, but still….

Eugenio SuarezÃ‚Â made a couple nice defensive plays. It was good timing too, as our own Ashley Davis wrote about Suarez’ improved defenseÃ‚Â earlier today. 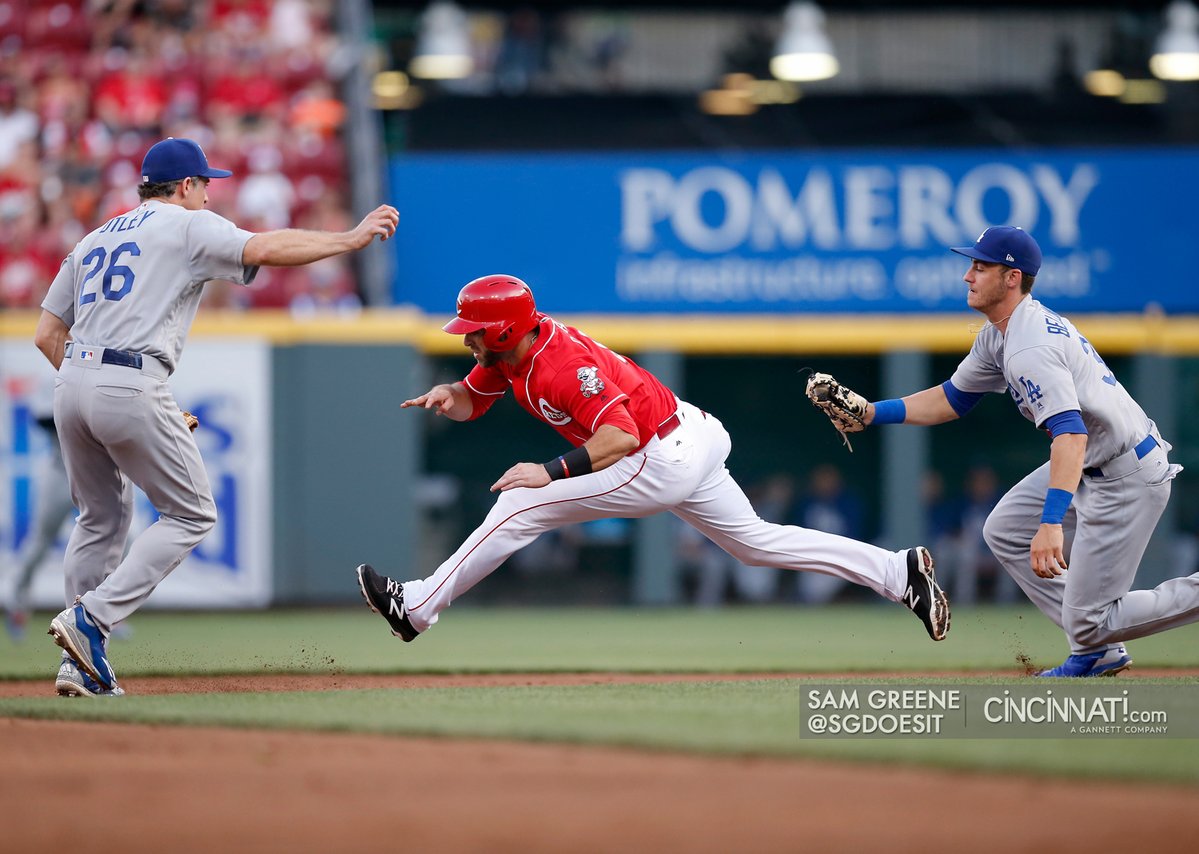 The Reds had a rough 2nd inning on the basepaths. Eugenio Suarez was thrown out at home on a “contact play.” A few seconds later,Ã‚Â Jose PerazaÃ‚Â got in a run down by taking off first base early.

The Reds offense is having a rough stretch. They have scored just 8 runs over the last 4 games.

Hey #Reds fans. There is always tomorrow. Wojohowski and Arroyo the next 2 days. I'm pumped.

Thom BrennamanÃ‚Â talking about Moneyball was quite comical.

I'm not as critical of Thom Brennaman as most, but he might want to move on from this discussion of "Moneyball baseball." 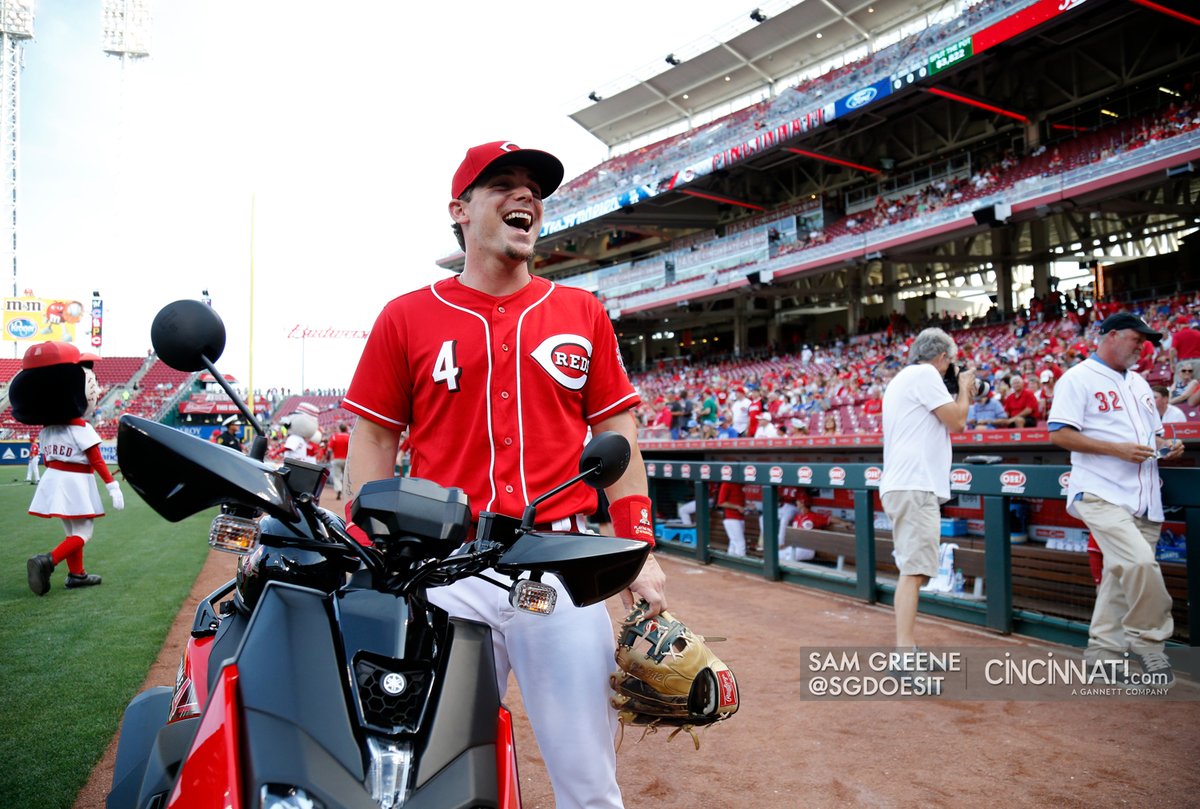 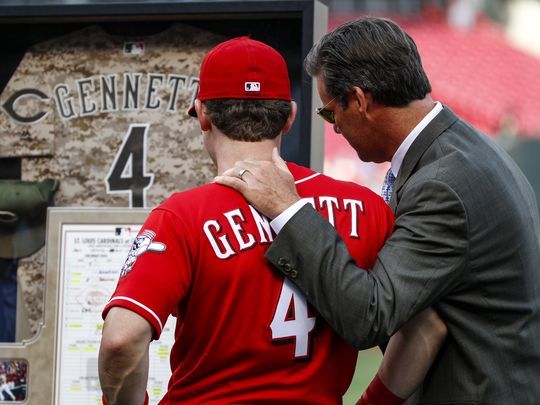 Scotter GennettÃ‚Â got honored before the game for his historic 4 HR performance. Scooter was given a scooter that was rode in by the only Red ever to throw a perfect game, Tom Browning. Pretty fitting.