Desperately needing win tonight after dropping 4 straight in California, the Reds sent de facto ace Scott Feldman to the mound.Ã‚Â  His counterpart, Clayton Richard, entered the game with numbers similar to, but slightly better than, Feldman’s.

The Reds are now in desperate need of a win tomorrow (today?).Ã‚Â  They’ve lost 5 in a row since that awesome sweep of St. Louis last week.Ã‚Â  Seems like so long ago.

-Scott Schebler had 3 hits against a lefty.Ã‚Â  He’s now batting .339/.350/.678 against lefties this season, with 15 extra base hits.Ã‚Â  That’s good, even if the sample is small.Ã‚Â  One of the outstanding questions against Schebler was if he could hit lefties enough to be an everyday player.Ã‚Â  I think he’ll be OK.

-Tucker Barnhart broke up Clayton Richard’s complete game shutout with a 2-run double in the 9th inning with 2 outs and 2 strikes.Ã‚Â  That makes me sleep a little easier.

-Franchy Cordero (?) has homered in back-to-back games against the Reds.Ã‚Â  He has less than a season’s worth of games above A-ball. Oh, he hit two homers tonight.

-For a second straight night in San Diego, the Reds prodigious offense couldn’t get much going against mediocre* pitchers.Ã‚Â  This happens, even to good offenses, but it is no fun to watch when it does.Ã‚Â  The Reds have been outscored 15-5 in two games against one of the worst offenses in baseball.

*Even if Clayton Richard is mediocre, he pitched well tonight.Ã‚Â  He hit his spots and changed speeds and sides of the plate very effectively

-The Reds 8th Inning.Ã‚Â  After Jose Peraza and Patrick Kivlehan started the inning with sharp singles, Billy and Scooter struck out in terrible at-bats.Ã‚Â  Joey Votto worked a walk in a very good at-bat, fouling off several tough pitches.Ã‚Â  With the bases loaded, Adam Duvall swung at a first-pitch breaking ball and weakly grounded out to third.

-Interesting article by Sam Miller for ESPN about the Padres science experiment.Ã‚Â  Currently the experiment is yielding positive results against Agent Red.

-I’m glad they don’t, but why every team doesn’t put an infielder right behind 2nd base when facing Votto is a mystery.Ã‚Â  He had another single up the middle tonight.Ã‚Â  He almost never hits the ball on the ground to the shortstop or third baseman.Ã‚Â  Now that we’re in the Shift Era, I’m surprised all teams haven’t done this against Votto.

-Decisions like the one Duvall made to swing at a first-pitch breaking ball following an 8 pitch AB from Votto against a pitcher with 110 or so pitches really, really annoy me.Ã‚Â  It shows a basic lack of understanding of the game.Ã‚Â  Swinging first pitch is fine; look for a fastball.Ã‚Â  If you can’t recognize fastball versus breaking pitch, I guess you have bigger issues.

-Devin Mesoraco was rung-up on a preposterous strike call in the 9th inning.Ã‚Â  I’m sure it is harder than it looks, but I have yet to see an umpiring job this year that I’d call adequate.

-How many times has Joey Votto stood in the on-deck circle this year as the game ended?Ã‚Â  I think it’s 4 now.Ã‚Â  Zack Cozart has been good, and Scooter is a legend…but enough is enough.Ã‚Â  Bat Votto 2nd NOW.Ã‚Â  More AB for a potential HoFer is a good thing. 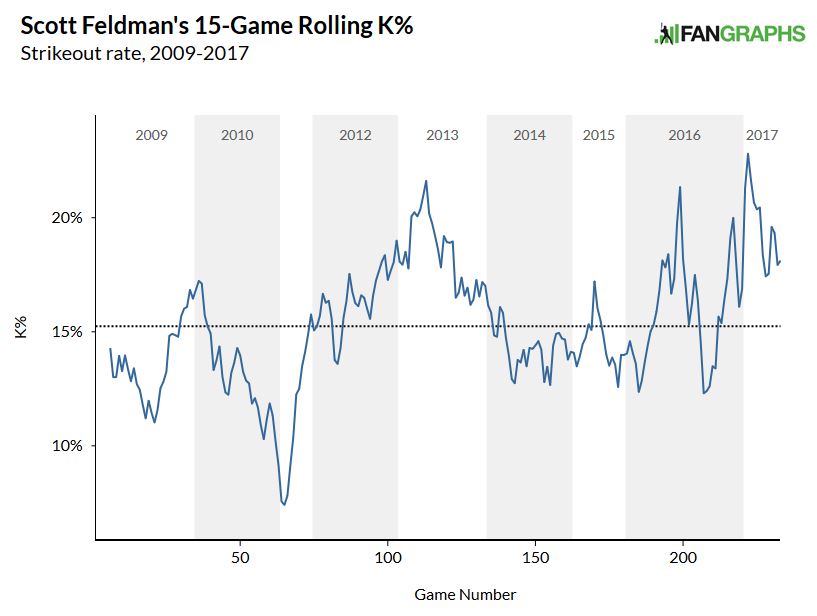