I love the MLB Draft, which is a weird sentence to write because the MLB Draft is universally regarded as the most anti-climactic of all the professional sports drafts. It’s just reading names that will likely never amount to much of anything and putting them in the clutches of organization they will probably never play for at the highest level spread out over three days because why not? The MLB Draft is a case study in futility.

Yet still, I love the draft because I love college baseball almost more than the professional game (note the almost), and it’s endlessly fun to see guys younger than me put up bonkers stats and mortgage their future on the minor league system. My love may be perverse but it’s love all the same.

This year the Reds have already taken Hunter GreeneÃ‚Â and Jeter Downs, a two-way pitching savant from Sherman Oaks, CaliforniaÃ‚Â and a high school shortstop named after the former Yankee GreatÃ‚Â from Miami, Florida. Will they amount to anything? Maybe, ask Doug Gray. We won’t know for a few years at least, which brings me to this week’s segmentÃ¢â‚¬â€a new edition of I Miss the Old Drake.

The origins behind this segment’s name are frankly irrelevant at this point, but this picture is eternal:

The question to be answered is: What is the best starting eight and rotation that could be assembled from the past 14 drafts, using only players picked in the first round by or after the Reds? Basically, what is the best team the Reds could have had if the draft worked even remotely like it’s supposed to. Keep in mind, Joey Votto can’t be included in this debate because he wasn’t a first rounder, whereas Yonder Alonso can. No one ever said the world was fair.

Ah, the draft where Cincinnati’s love/hate affair with Homer Bailey began. While I’ve never particularly been a supporter of Homer’s, I do recognize he has been a decent pitcher for the Reds when healthy. That said, Gio Gonzalez currently has a 2.91 ERA and 4.32 FIP this season, so the Reds probably should’ve gone with him. (There’s an argument for Jered Weaver here, but under the premise that this is the Reds’ 2017 team, Gio is far more valuable now than Weaver even if Weaver peaked higher.)

The loaded 2005 draft class that suddenly became unloaded after the Reds took Jay Bruce. I guess Matt Garza and Colby Rasmus have become somewhat successful? The Reds made the right first round pick here.

You know who went one pick before the Reds took Drew Stubbs? Clayton Kershaw. What a travesty. While Drew Stubbs was once my favorite Red, he must be overlooked in this draft for another dominating pitcher, Max ScherzerÃ‚Â who went 11th to the Diamondbacks. Tim Lincecum went 10th, and as much as I want him and his bizarre personality to be on the Reds, Tim Lincecum lost his ability to pitch about three years ago.

Devin Mesoraco and Todd Frazier both came to the Reds through the first round of this draft, which in the long run has been wonderful for the organization regardless of Mesoraco’s injuries. However, Josh Donaldson was picked up by Cubs after both of those guys, and Josh Donaldson is a better third baseman than both Frazier and current third-sacker Eugenio Suarez.

Probably the first draft that I remember avidly following, the Reds took Yonder Alonso, and with his recent coming out party as a decent Major League hitter, that would’ve been the right pick in this weird, Joey Votto-less world.

Imagine if the Reds had taken Mike TroutÃ‚Â instead of Mike Leake. Try not to cry.

The first true near-miss of the Reds recent draft history. Yasmani Grandal has had quite the year for the Dodgers, but Chris Sale is Chris SaleÃ¢â‚¬â€outspoken jersey-cutter and probably the second-best pitcher alive at the moment.

Bob Steve comes to Cincinnati! These were the times when the Reds organization had hope for Robert Stephenson and weren’t content to stuff him in the bullpen forever and ever (however recent events may suggest a return to these times). The Reds have some options of replacement players in this draft, notably Jackie Bradley Jr. and Trevor Story. But Mike Trout’s already in center and Story hasn’t had a particularly good sophomore campaign, so Joe Panik it is.

Wow, this draft had oodles of prospect gold with Carlos Correa, Byron Buxton, and Addison Russell all going before the Reds, and Lucas Giolito, Michael Wacha, Marcus Stroman, Jose Berrios and Stephen Piscotty going after. And you know who the Reds wound up with? Nick Travieso, who could still be good, but I wouldn’t count on it. Corey Seager should’ve been the Reds pick here, but hindsight, twenty-twenty, and all that.

The Reds picked up Phillip Ervin in this draft late in the first round, and to be honest, not much talent was taken after that. Aaron Judge was picked, and that’s about the end of impact Major Leaguers taken in the first after the Reds. Judge does represent a marked improvement over Ervin though, so the Judge’s Chambers will make their way to alternate-universe Cincinnati.

We’re at the point in this excercise where either not enough players have made the majors for it to be interesting and most of the roster spots have already been filled. The Reds best choices outside of Nick Howard who they took? Justus Sheffield, Michael Kopech, and Luke Weaver. The last one is the closest to the Majors, so we’ll pick him up for our fantasy team, but the back half of the rotation won’t be doing these bizarro-Reds any favors.

The Reds took Tyler Stephenson and he’s looking like the best bet to stay their pick. Dansby Swanson, Andrew Benintendi and Carson Fulmer were all taken prior to the Reds at 11, so no use lamenting missing out on those guys.

The Reds took Nick Senzel here, which in the real world is the best pick they’ve made in ages (it helped being number two). But in this world, the Reds already have a hot-hitting third baseman and his name is Josh Donaldson. What they don’t have is a fifth starter, and of all the crapshoots of pitchers taken after Senzel, A.J. Puk seems the most likely to make the Majors someday.

Acknowledging that this is an imperfect science and ultimately a silly exercise, the Reds end up with quite a few All-Stars and a whole lot of home runs:

The replacement draft team would be worth 22.2 WAR over the course of 2017 so far; the 2017 Reds? 9.4 WAR. Granted that’s slightly misleading because the rotation has been a net negative and the draft team has two pitchers who have yet to reach the Majors. Point being, the draft is a beautiful crapshoot that would never ever work out this way so the “what if’s?” are pointless and absurd. Mike Trout in a Reds’ uniform. Only in our dreams.

Today, this section will be in no way related to baseball because the Nashville Predators lost the Stanley Cup Sunday night in a fashion I can only describe as utterly the ref’s fault. It’s fine. I’m not bitter. I will be okay. But Sidney Crosby deserves that trophy about as much as a petulant kindergartner deserves the ice cream cone his parents give him after 30 minutes of non-stop whining.

Fine:Ã‚Â Sidney Crosby must babysit a petulant third grader for the next year. Two years. I won’t discriminate against Stanley Cups, maybe they were both won through black magic.

Fantasy Baseball:Ã‚Â Despite only 40 percent of my current roster having ever played a single game in the MLB, I won this week. Hurrah! My 4-6 record is still horribly mediocre. 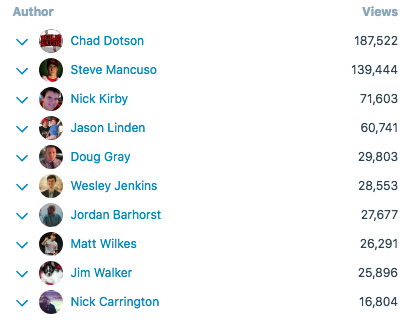