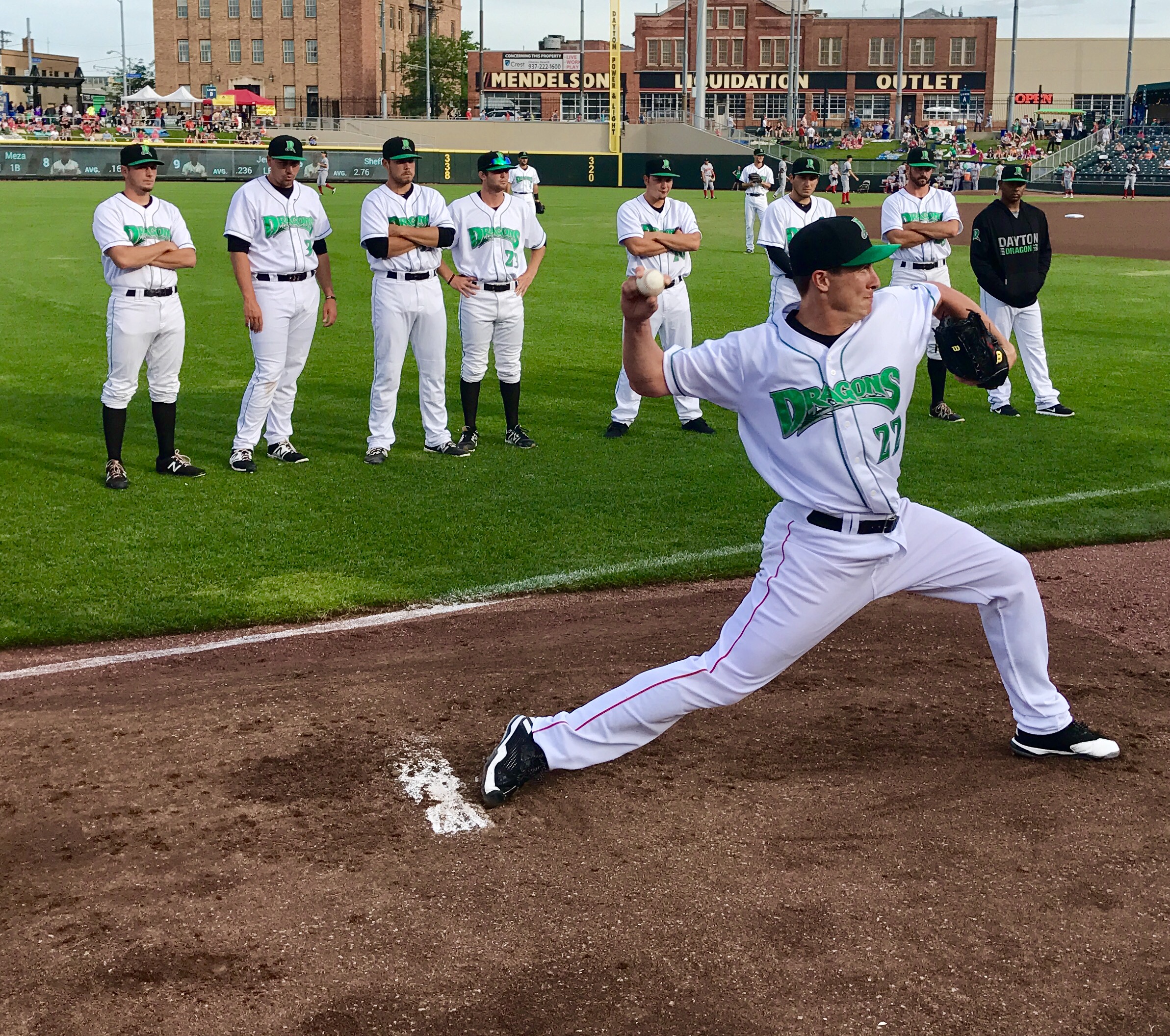 Homer Bailey warming up before the game.

Bailey threw 74 pitches in 6 innings. Other press accounts said Bailey threw 76 pitches, but everyone in the press box, including the guy sitting next to me who was running the StatCast program counting the pitches had it at 74. Bailey didn’t allow a hit until the sixth inning and didn’t walk anyone. He hit a batter in the first inning. Bailey struck out six batters.

One of the people in the press box who had been sitting with Dr. Kremchek said that the doctor told him the goal was for Bailey to pitch 6 innings, throwing about 80 pitches.

Bailey was throwing his fastball 93-95 mph. Once it hit 96, but that was 95.5 mph on StatCast, rounding up. Bailey threw all of his pitches. It seemed like he was working on certain pitches in specific innings. He threw his curve ball (77-83 mph) mostly in the 4th inning. He threw the slider and splitter in the first three innings. In the sixth inning, Bailey threw all fastballs except for his final pitch. 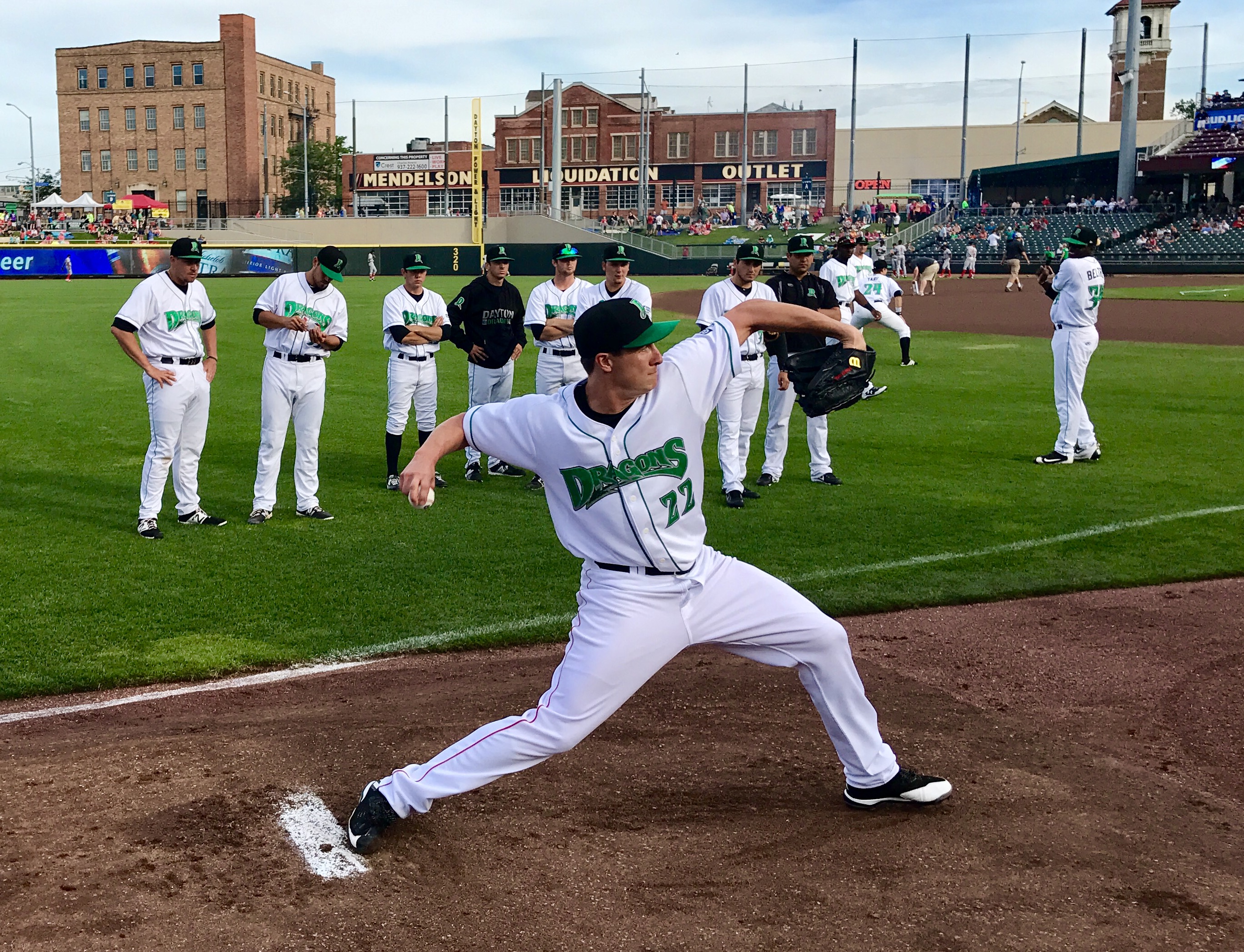 Dayton Dragons pitchers watching Bailey warm up before the game.

The most important thing, of course, is that he appeared completely healthy.

Bailey previously pitched on June 9 for AA-Pensacola. Speculation in the press box was that Bailey would have one more rehab start, probably at AAA-Louisville on Monday. With Bailey throwing 74 pitches tonight, he would move that up to 90-95 for the next rehab start before rejoining the Reds.Ã‚Â That’s consistent with Bryan Price saying Bailey could return to the Reds rotation the following weekend, June 24-25 in Washington against the Nationals.