Amir Garrett toed the rubber tonight against Rich Hill.Ã‚Â  Garrett only lasted 1+ inning due to a freak accident on a line drive back to the mound. More on that later.

-Zack Cozart extended his on-base streak to 31 games by working a walk in a great plate appearance in the 3rd inning.

-Jose Peraza had three weakly-hit singles.Ã‚Â  This qualifies as “good” for this game.

-Joey Votto hit his 17th home run in the 9th inning.Ã‚Â  This ties him with teammate Scott Schebler and the reincarnation of Ryan Zimmerman for the National League lead.

-In the 2nd inning, Austin Barnes hit a 103 mph liner right at Amir Garrett’s head.Ã‚Â  Instinct took over, and Garrett brought up his unprotected pitching hand and tried to bare-hand the ball.Ã‚Â  As you can imagine, this didn’t go well.Ã‚Â  Garrett appeared to lose feeling in part of his hand and left the game.Ã‚Â  He was sitting on the bench with a dejected look, but did not appear to be in pain.Ã‚Â  Hopefully this is a minor setback

-After “relief pitcher” Jake Buchanan loaded the bases in the 3rd (with the help ofÃ‚Â  Jose Peraza not being able to grip the ball on a double play turn), he fielded a swinging bunt while cutting off Eugenio Suarez in the process and proceeded to throw the ball up the right field line allowing 2 runs to score.

-Buchanan later (the next inning) would give up a double, walk, hit batsman, and single while retiring only one batter.Ã‚Â  His final line was 2.1 IP, 5 hits, 3 walks, 1 strikeout, 4 ER.Ã‚Â  That is bad.

-The Reds offense was bad today.Ã‚Â  It’s not bad everyday.Ã‚Â  Today it was.Ã‚Â  They managed only 5 hits, 60% of which came in the 9th inning down.

-Rich Hill has allowed 2 ER or fewer in 5 of his 6 starts, while not going more than 5 IP in any of them.Ã‚Â  That is weird.

-I like Jim Day better than Thom Brennaman.Ã‚Â  I like Chris Welsh better than Jeff Brantley.Ã‚Â  I like Vin Scully better than all of them.Ã‚Â  This is the first game I haven’t listed to Vin since I started doing MLB.tv.Ã‚Â  A sad night, indeed.

-Kenta Maeda, who pitched 4 innings in relief, earned his first career save.Ã‚Â  He was nearly perfect, if not for the meddlesome Votto! 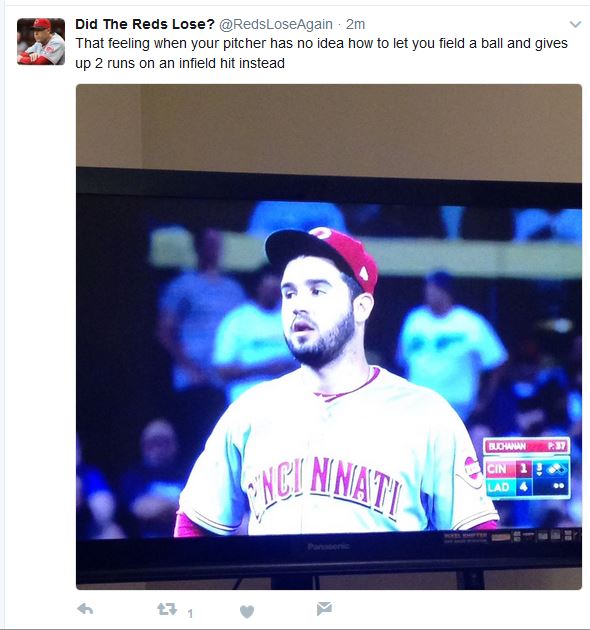 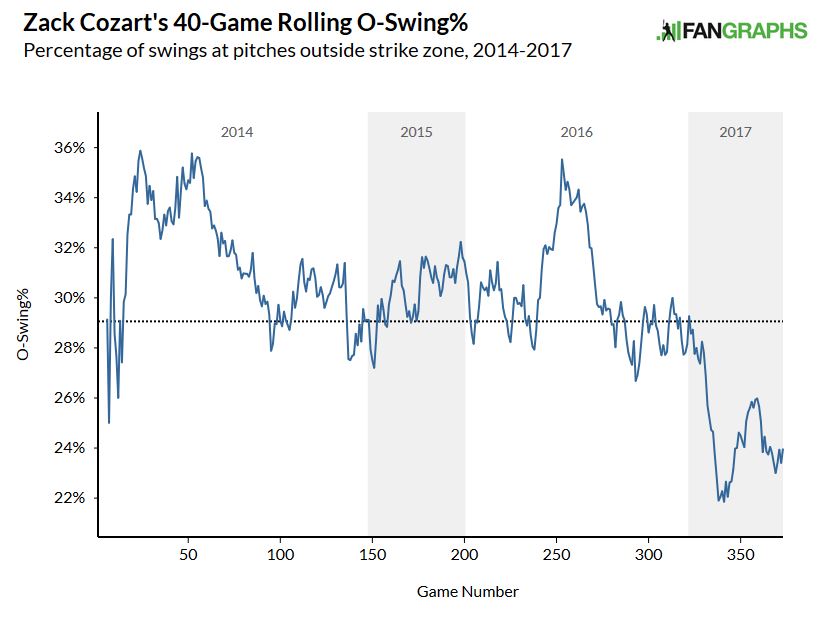