I’ve been in France for two weeks, spent mostly in Beaune drinking Burgundy and eating delicious food. And while I had a great time, I wasn’t able to watch Reds baseball. The last post I wrote here was the recap for the game Lisalverto Bonilla pitched 8 innings against the San Francisco Giants. That was a looong time ago in a couple ways.

France does have the internets, so I was able to follow the Redlegs by reading the RN game recaps. The weirdest time zone thing about being over there (France is 6 hours ahead of ET) was waking up and finding the West Coast games still not finished from the previous night.

I was supposed to return to Ohio late last night and signed up for this recap weeks ago. But Delta and Air France had other plans for me, with a series of lengthy plane delays. I left my hotel room in Paris for the Charles de Gaulle airport 42 hours before tonight’s starting game time and arrived home as Billy Hamilton bunted for a hit against Marcus Stroman. After two days of travel, I’m tired, but missed watching the Reds play.

HadÃ‚Â to learn a few French phrases during the trip. Never “batting practice” though.

Lisalverto Bonilla gave up six earned runs. He walked 5 batters and struck out none. That’s all you need to know.

Robert StephensonÃ‚Â relieved Bonilla in the third inning with the bases loaded. Troy Tulowitzki is good at hitting the baseball and because of that quality, deposited Stephenson’s grooved fastball over the left field fence. That blast offered grim foreshadowing for what was to follow. Over 2 innings, Stephenson gave up 10 hits and a walk. Like Bonilla, he didn’t strike anyone out.Ã‚Â Stephenson had pitched once in the last ten days. It’s unclear how the Reds expect him to remain sharp or find out what he can do using him this way. Make him a starter either with the Reds or the Louisville Bats. The bullpen experiment isn’t working.

Adam Duvall homered again, his fifth straight game going long. It was an opposite field shot “a marvelous bit of hitting” (C. Welsh). Duvall also singled to knock in the Reds first run. He’s batting .280 with isolated power of .286. Duvall was responsible for the Reds safety.

Scott Schebler made a good defensive play in 2nd inning, jumping catch at the fence to rob the Blue Jays of an extra base hit. Schebler also hit a ball to the CF warning track and singled twice.

The Reds led in this game.

“Bad one for the Reds,” Jim Kelch. 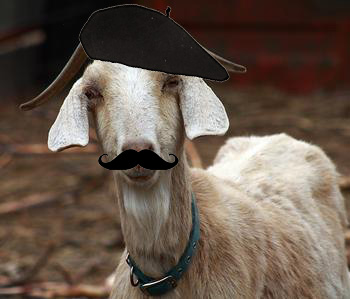