I am the first personÃ¢â‚¬â€and certainly the first woman– IÃ¢â‚¬â„¢ve ever met who openly admits to being a terrible driver. Directionally, technically, mechanically:Ã‚Â  IÃ¢â‚¬â„¢m bad at all of it and I will tell you so.

Just after I turned sixteen, the State of Ohio license examiner, who spent his entire professional life sitting next to sixteen-year-old drivers, shrieked as I cheerfully attempted a right-hand turn from a left-hand lane. Attempting to return home after a concert, I once bore down US 50 East into the next state before my parents explained to me, via pay phone, that yes, I needed to remain on this road to return to our neighborhood, but at some point I must turn the opposite direction from whence I came. When a friend once introduced me to his gorgeous Supra, he held open the driverÃ¢â‚¬â„¢s door while I instinctively trotted over to the passenger side and plopped happily down there. Nobody, including me, wants me to drive. Even in park.

My ability to positively identify makes and models, however, dramatically improved after I began watching Top Gear and The Grand Tour. So now I have commanded enough automotive knowledge to place cars in two categories:

1) Cars that have been on Top Gear

2) Cars that have not been on Top Gear

Cars that have been on Top Gear then fall into two sub-categories:

This period in my life began, sadly, after I visited the Monte Carlo Casino in Monaco, famous amongst gearheads as the Mecca of casually parked supercars, daily drivers for those who make this EPCOT pavilion of a nation their home. I remember slowly walking the driveway in my heels with the vague impression that I was in the presence of automotive greatness, but came away only able to positively identify one as, quote, Ã¢â‚¬Å“the orange one.Ã¢â‚¬Â

I tell you all that to say this: There is room in the automotive world for people like me, who have no firm idea of how a car operates but appreciates one which does properly; and there is room for people like my mother-in-law, who changes her own oil and can diagnose a sick engine down to the individual valve cover gasket. IÃ¢â‚¬â„¢d probably have enjoyed the exotic exterior parade in front of the casino more if I knew more about what made the finely-tuned engines go vroom. But at the same time, I admired the curved slits of the occasional cat-eye headlight. Ã‚Â I needed only a history of learning to drive in a Corolla for that.

And in baseball, there is room for Sabersnobs and people who think the entire history of the entire sport began in 1970 and ended on September 8, 1985. And they may take a seat next to the people woke up on a 74 degree morning in May and thought it was a fine day to take in a ball game and didnÃ¢â‚¬â„¢t pay full attention to a single pitch. They are welcome to the concession stand line behind the guy who wears the autographed jersey outside his house. He may stand next to those who consider this the greatest moment in franchise history:

(All of these people are the incorrect type of fans, however, for the only way to be a true Reds supporter is to consider this the greatest moment in franchise history): 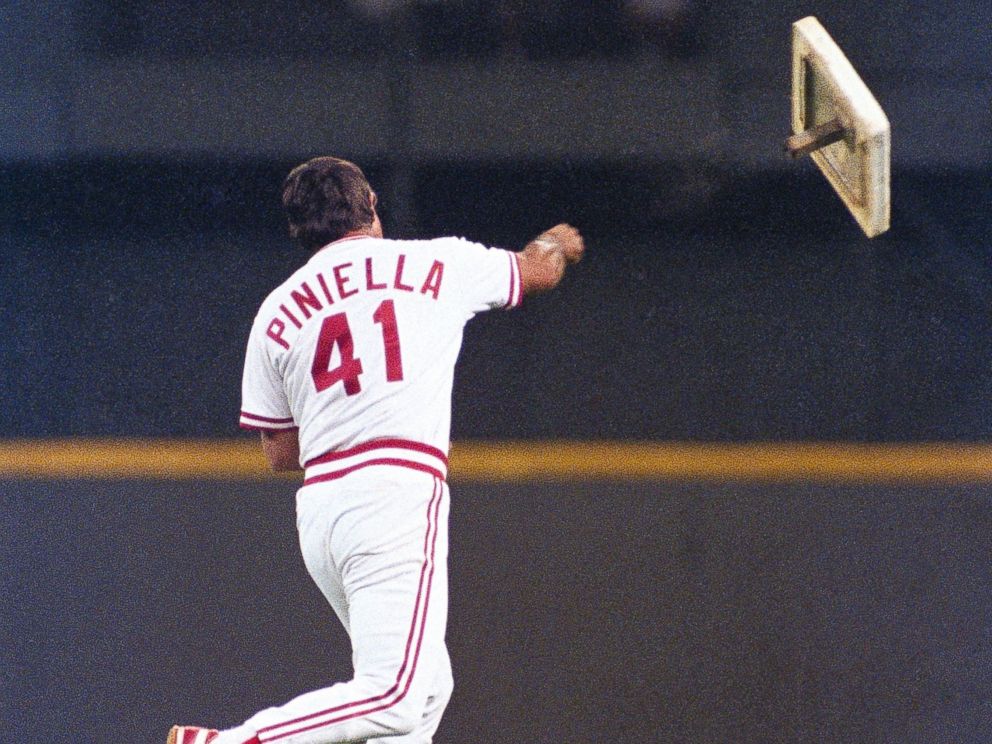 In these daysÃ¢â‚¬â€these days of brilliant rookie pitcher starts immediately followed by horrifying rookie pitcher meltdownsÃ¢â‚¬â€we must hang together. In a span of, what, two weeks the Reds ascended to first place and the back down to the basement. They currently hover right around .500 as we wring our hands and watch mighty blasts from the bats of the good guys as well as the bad, often in the same inning.Ã‚Â  Where will it lead?

We canÃ¢â‚¬â„¢t control it. We can just absorb it, and enjoy it, on all its levelsÃ¢â‚¬â€from the constantly swapped-out engine parts to the sunroof thatÃ¢â‚¬â„¢s occasionally left open in the rain.