The Yankees have a hair phobia. Not one of those “the drain is clogged with your roommate’s disgusting sheddings could you please clean up after yourself” hair phobias because I’m pretty sure everybody has that, but one of those “everyone on this team should resemble a Ken doll” hair phobias. A remnant of George Steinbrenner’s dictatorshÃ¢â‚¬â€er, tenure, the appearance policy, as it’s called, mandates hair above the collar and no beards. 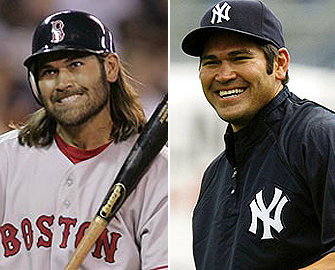 And super prospect Clint Frazier took his licks (locks?) from the policy during spring trainingÃ¢â‚¬â€

I bring up the Yankees archaic hair policy for two reasons: 1) When I shaved this morning I realized I would have no problem playing for the Evil Empire because it takes me three days to grow a 5 o’clock shadow and 2)…

Took a break from baseball to do some hard-hitting journalism.https://t.co/OnNSKrwGpk

It doesn’t seem like Reds rookie Austin Brice would have much trouble if played for the Yankees either. Reading through Zach Buchanan’s Pulitzer-worthy article (okay, maybe an exaggeration, but a good read nonetheless), I began to wonder: who on the Reds has the best facial hair / head hair combo? There are no clear Bryce Harpers or Jayson Werths on this team, so the mantle is up for grabs, and the only way to decide a winner is through a new Rain Delay segment: (Irrelevant) Reds Power Rankings.

Before we get to any sort of ranking system, the field must be narrowed. Lacking facial hair isn’t an immediate disqualification, butÃ‚Â lacking facial hair and sporting a crew cut is. Therefore, Devin Mesoraco, Michael Lorenzen, Raisel Iglesias, Wandy Peralta, and Robert Stephenson all take early exits to the bottom of the list. Also, for the sake of keeping this ranking manageable (and because none of these players have particularly spectacular hair), the players on the DL will be excluded from consideration. Sorry Amir Garrett, you got hurt just two days too soon.

To the rankings we go!

Bonilla’s facial hair resembles a worn-out black carpet desperately trying to creep its way over the contours of his chin with little tendrils reaching toward the heavens.

You know the talcum powder barbers put on the back of your neck after a haircut? That’s what Kivlehan’s beard resemblesÃ¢â‚¬â€a light dusting of sandy powder around his jawline. To his credit though, it hugs his face quite perfectly.

Scott Schebler has the same problem as Kivlehan, but his beard is just a little bit darker. Imagine a dusting of charcoal instead of sand. Or maybe Schebler is the evolved form of Kivlehan. Like the Charmeleon to Kivlehan’s Charmander. 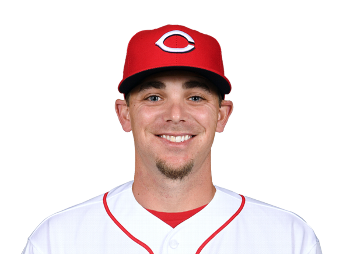 Scooter Gennett, on the other hand, should probably just invest in a razor. He gets points for his goatee sticking out in any crowd, but high visibility isn’t always a good thing. It’s like he taped a fake mustache to his chin. I feel like I’m being mean; maybe the goatee is enjoyable to stroke contemplatively. Scooter does what Scooter does.

We’ve found our Charizard. Adam Duvall is officially the evolved form of Scott Schebler (but we knew that already didn’t we?) 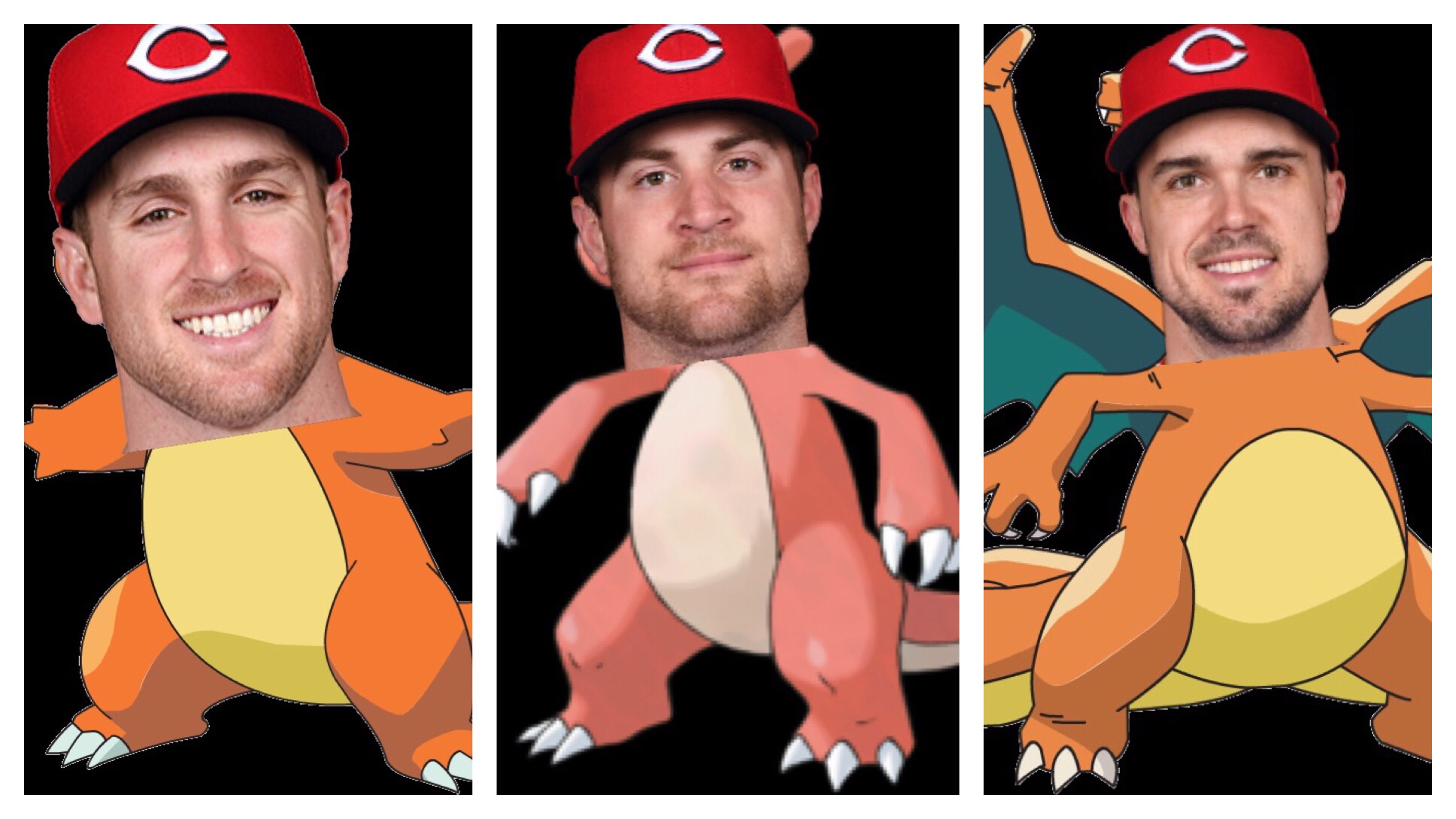 What Austin Brice lacks in respectability, he makes up for in persistence and not caring what anyone thinks. There is no greater eccentricity than a grown man sporting peach fuzz proudly. Austin Brice is the hero inadequate facial hair growers like me deserve.

Blake Wood, on the other hand, has a decent beard, albeit patchy. It’s truly unremarkable but it’s also not derisible, so a tie somewhere in the middle seems about right for Blake Wood.

Even though he’s as clean shaven and Yankee-approved as they come now, when Asher Wojciechowski took his headshot, he had quite the tumultuous curls. Any number of Massachusetts prep lacrosse players would be jealous of his lettuce. In fact, I’m not unconvinced that Asher isn’t a lacrosse player at heart. He has the name for it after all.

Billy’s beard is a racetrack around his face. It curves on the jawline before hooking left over his upper lip and back around the other side. It also thickens around his chin, which could be a metaphor for Billy’s plate approach. A thin but excitingÃ‚Â path when he gets on base (i.e. the mustache), but the majority of his at-bats end up in the thicker, but more predictable chin area.

Drew Storen is our first and only benefactor of combining below average hair with a below average beard to climb up the leaderboard. Wojciechowski’s curls put Storen’s to shame, but Storen’s do flare out from under his hat. And nearly every beard on here beats out Storen’s pencil scratch effort, except maybe Bonilla. Regardless, Storen played the double whammy to his advantage and ended up in the top ten.

Jose Peraza on the other hand has a strong beard that resembles a watercolor self-portrait. It streaks where it should and any gaps can be mistaken for discoloration rather than patches. Also, he keeps strong lines, so you know the beard means something to him. Points for meticulousness Mr. Peraza. 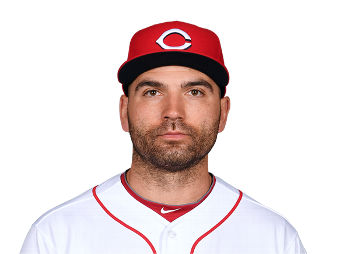 Joey Votto, when he has a beard, has perfected the serial killer lumberjack look in the best way possible. Short and to the point, the beard has no defined start or end. It goes where it wants, creeping up his cheeks and down to his chest. Much like Votto himself, his beard can do it all.

When Lisalverto Bonilla inevitably reads this column and feels the hot sting of shame for his tendril-y beard, he need turn no further than Arismendy Alcantara for inspiration. Alcantara too takes the neck beard look, but instead of a creeping carpet, it resmebles a cloaking moss, inviting and enchanting at the same time. The patch below the lower lip only adds to the intrigue.

Tim Adleman’s beard is neither exciting nor adventurous, but it is a classic. It shrouds his face in such a way that you know he resembles a third grader should he shave it. Good on Tim Adleman for accurately grooming to his age.

Manicured versus bushy. Jet black versus paprika streaked with salt. Form-fitting versus slightly off-kilter. Eugenio Suarez’s beard oozes style and suave while Scott Feldman’s just does what it wants because Scott Feldman is a savvy veteran and no one really knows what his beard is going to do when he wakes up in the morning. Both strong showings in their own unique way. 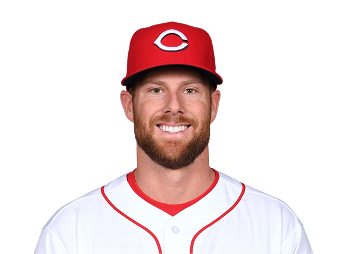 TwoÃ‚Â rugged men sporting two perfectly proportioned red beards. Zack Cozart easily has the best beard on the entire roster. He combines the best attributes of both Suarez and Feldman, well-kept and full all around, while weeding out their shortcomings. If, come July, Cozart finds himself heading to the Big Apple, I will protest on his behalf to keep thatÃ‚Â superior quality beard. 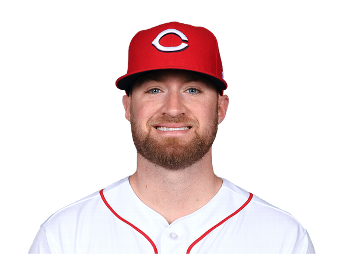 Tucker Barnhart meanwhile has a nice beard, certainly full and remarkable, but perhaps not better than Eugenio Suarez’s effort. But Tucker has an intangible that no one else can claim. Couple his amber beard with his piercing blue eyes and you get a certain hypnotic quality to the ensemble. The beard checksÃ‚Â you in, but the eyes will never let you leave.

Did you expect to see anyone else at the top of this list? No one can top Arroyo’s long locks. From the cornrows to his current free flowing hairdo, Arroyo has consistently been the Reds’ hair sommelier, on-field performance aside.

The hair is back! Happy to have Bronson Arroyo as a Red again! #GoReds pic.twitter.com/H6UcCLMQWe

On Monday night, a certain Cleveland Indians’ fan decided to jaw with one Joseph Daniel Votto. The Reds first baseman, prankster that he is, fired back a time or two before tastefully bowing out of the verbal sparring match.

Hahahahahaha Joey Votto is my favorite human being

"You have nothing to lose"

Offense:Ã‚Â This week, both the fan and Votto will enter the court for their exchange. The fan because heckling of professional athletes is something that greatly annoys me; Votto as an expert witness.

Prosecutor: “Mr. Votto, did this man heckle you from behind the plate?”

Witness: “Yes that is true.”

Prosecutor: “Your Honor, I recommend that the defense serve the punishment of never heckling a professional baseball player again until he can return to the state of “thin” that the witness so succinctly states in the aforementioned video.”

Fantasy Baseball:Ã‚Â With another emphatic loss (485-735), I have officially entered sell mode and have traded Eric Hosmer and Dallas Keuchel for Amir Garrett, Jack Flaherty, Rhys Hoskins, and Ryon Healy. I think I lost the trade.

Authorial Views:Ã‚Â After a week with two posts other than this one, I have officially climbed back into seventh! (Sorry Jim.) Hope was not lost and the game is back afoot, though at some point I may listen to Patrick Jeter and change the rules of this little game. 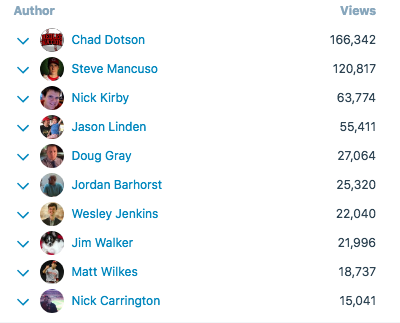